Blog / 2022 NAIAS in Detroit Has Bittersweet Taste for Visitors

The last time Detroit held its North American International Auto Show (NAIAS) was more than three years ago, in January 2019. The organizers then had this idea of moving the event to June and use a different approach in order to drive interest, but the COVID-19 pandemic obviously changed everything.

This month, the auto industry finally returned to the Motor City to display its latest and greatest products. However, the hype quickly faded away as the 2022 edition proved to be just a shadow of the previous ones.

Only Five Automakers on Hand

“The biggest surprise coming in was seeing only five automakers on hand,” says Germain Goyer, journalist at The Car Guide, who attended media day. “The Big Three were there—Stellantis, General Motors and Ford. Japan was represented by Subaru and Toyota. And that was it.”

Not only were there few automakers at the show, but the vast majority of the new models on display had already celebrated their premiere either online or at some other separate event. The star of this year, the 2024 Ford Mustang, actually made its debut away from Huntington Place. A visit from U.S. President Joe Biden did little to generate a buzz.

The once prestigious NAIAS definitely had a bittersweet taste for visitors. Will manufacturers continue to skip the event? One thing’s for sure, auto shows are becoming less and less of a necessity to promote their products, especially with demand far exceeding supply at the moment.

The Mustang and the Others

The seventh-generation Ford Mustang was arguably the centre of attention in Detroit this year. The iconic pony car preserves its signature lines while sporting a revised front end and more muscular fenders in the rear that sort of emulate what the competition is doing. The engines are revised, though output has yet to be announced. Sporty drivers will also be pleased with the return of the manual transmission, the addition of a unique hand brake for drifting, and the all-new Dark Horse models designed for track driving and racing. As for the interior, the transformation is more striking with a fully digital interface inspired by video games.

What about Stellantis? Chrysler took the wraps off of the 2023 300C, marking the big American sedan’s swan song. All 2,000 U.S.-bound units and the 200 more headed for Canada will house the 6.4-litre HEMI V8. Unfortunately, Jeep’s stand was missing the new electric concepts we told you about last week. Instead, the brand unveiled a pair of plug-in hybrid models paying tribute to the past—the Grand Cherokee 4xe 30th Anniversary and Wrangler Willys 4xe. Ordering for the latter opens this month with deliveries scheduled to begin before the end of the year. 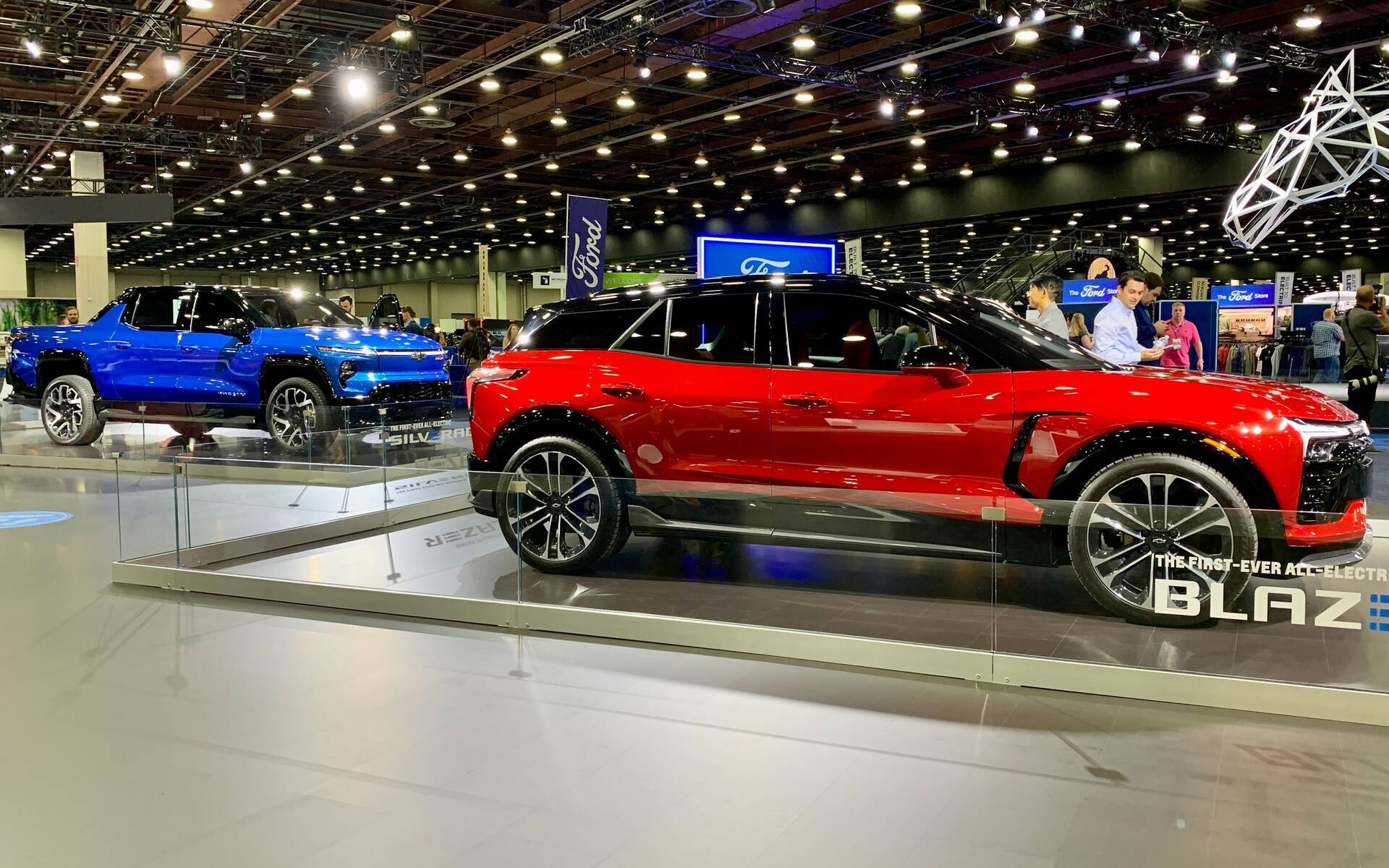 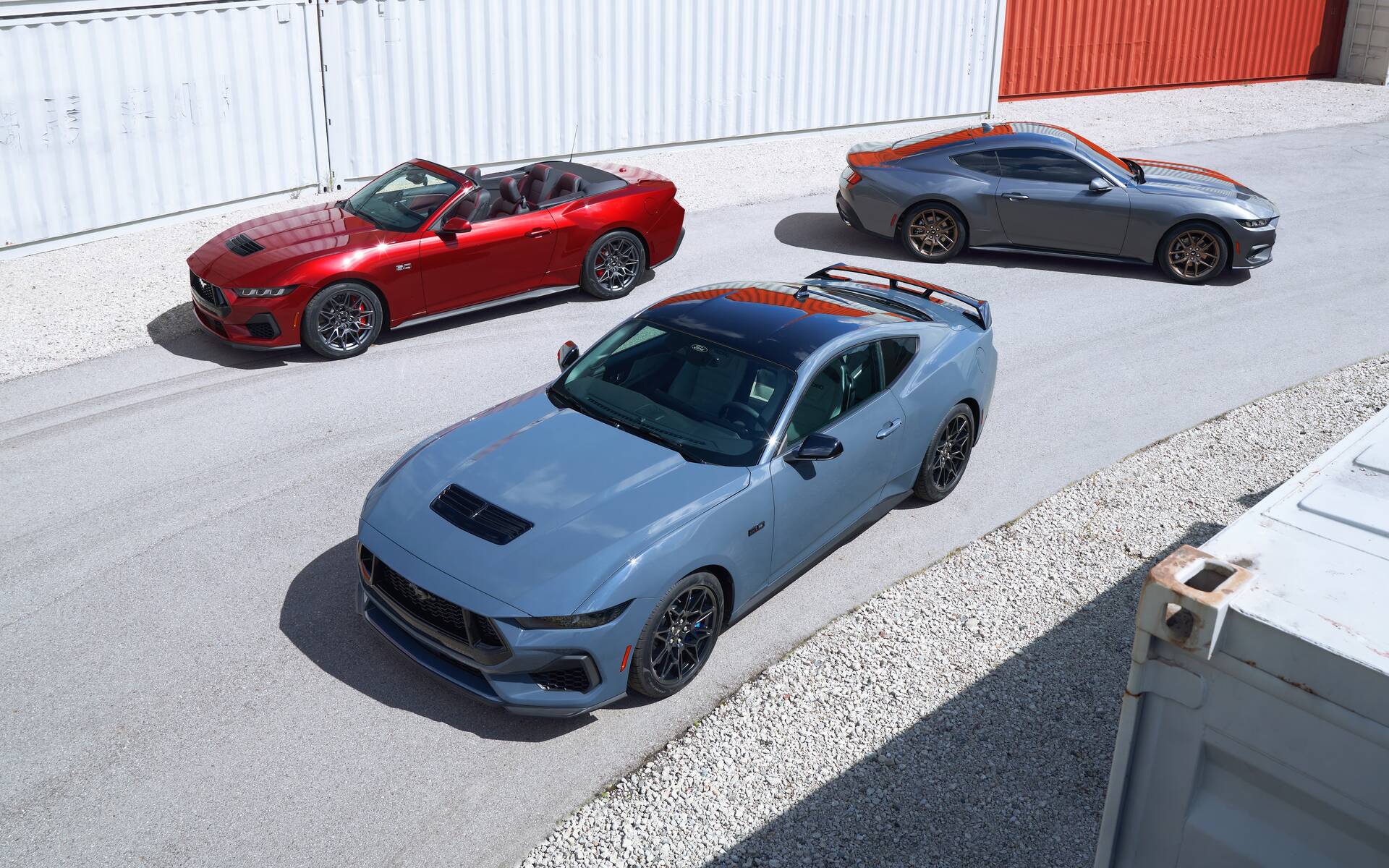 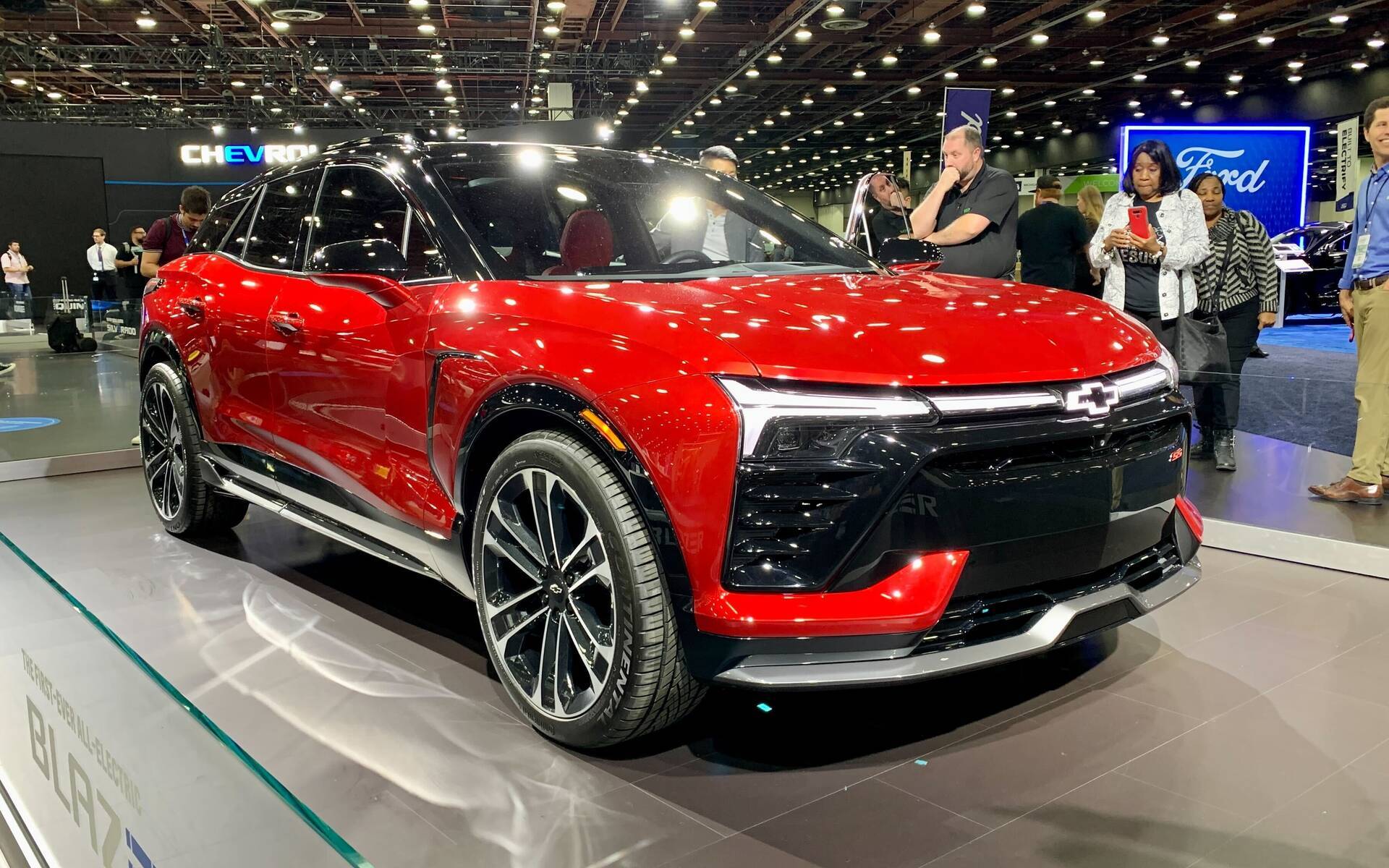 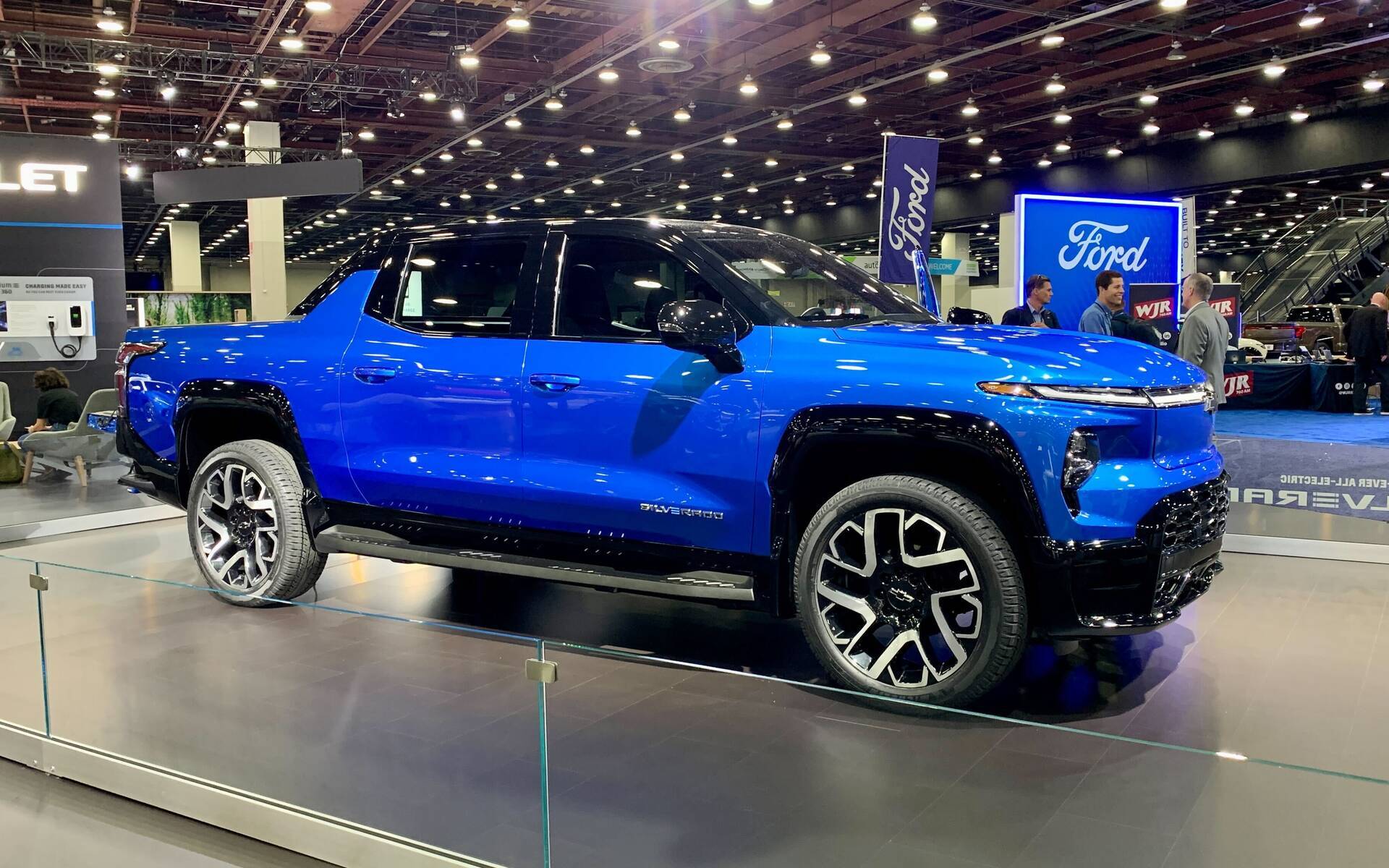 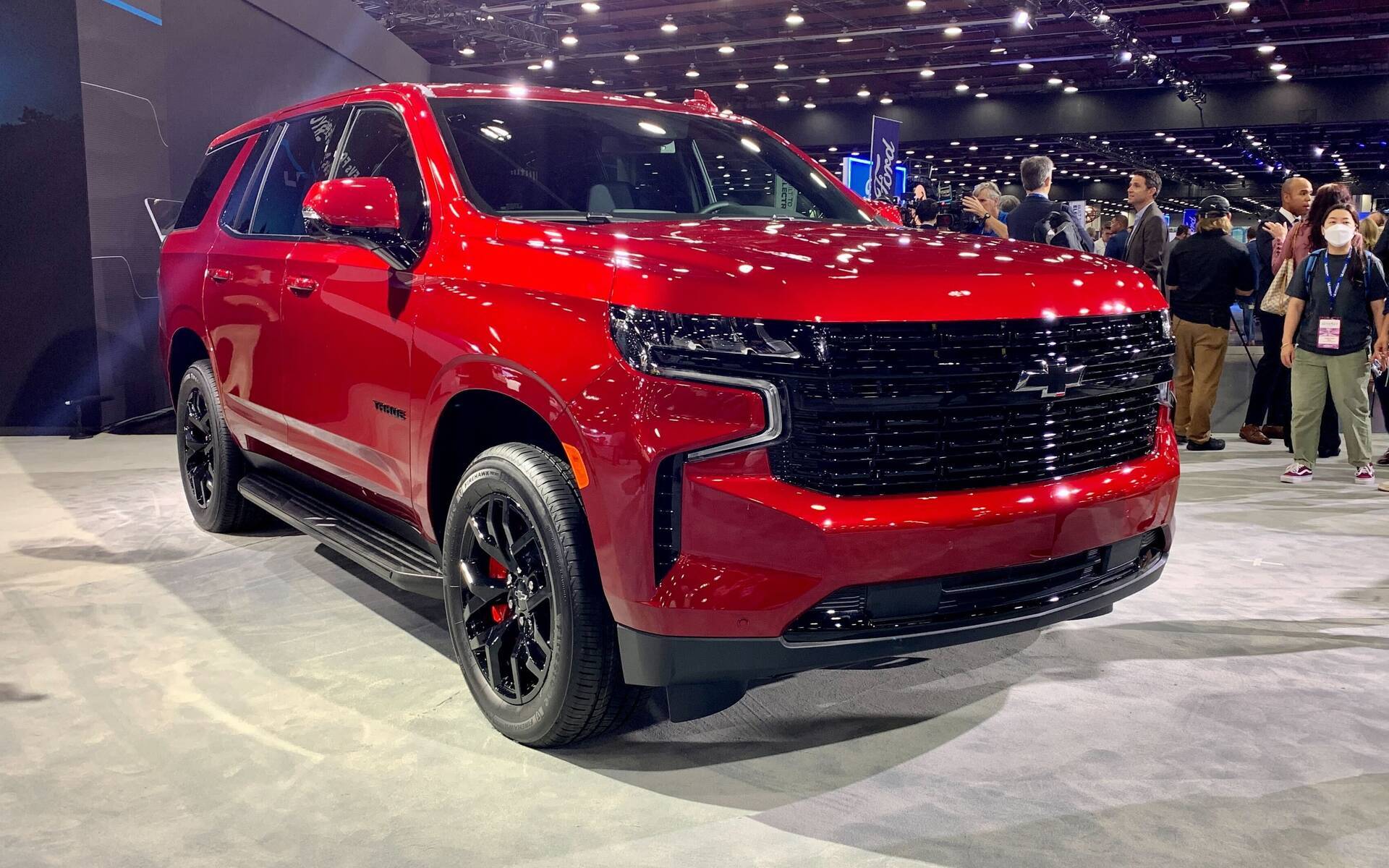 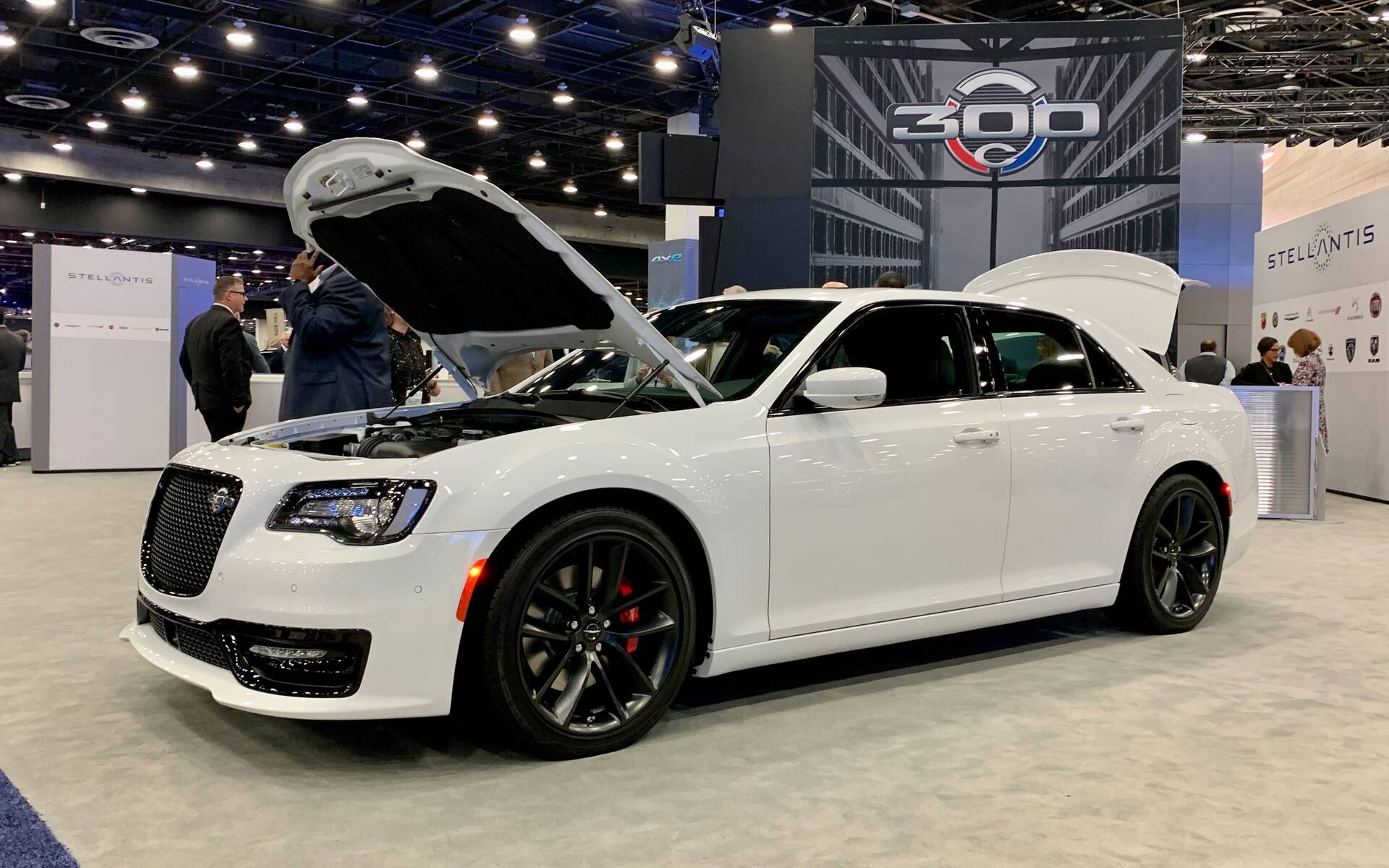 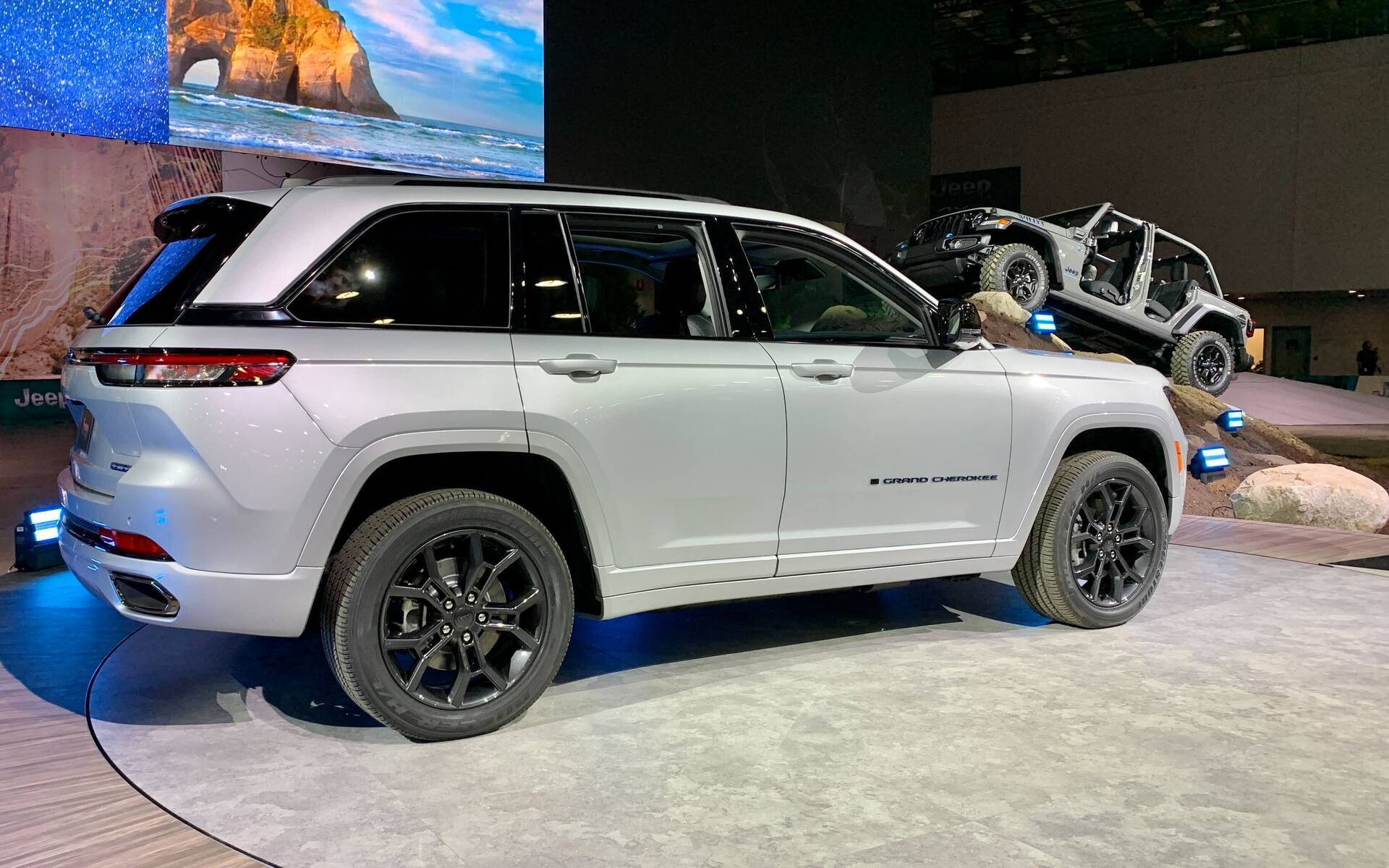