The all-new and highly anticipated 2024 Ford Mustang made its global debut on September 14 at the North American International Auto Show in Detroit. It was in fact one of the hottest new models to look out for in our Fall 2022 Preview.

How will purists respond to the redesigned Mustang? And will the company succeed in attracting today’s younger drivers? Time will tell. Also, a number of technical details and specs are still missing. For now, here are seven cool facts about the seventh-generation Ford Mustang:

In terms of styling, the 2024 Mustang preserves its signature lines while sporting a revised front end and more muscular fenders in the rear that sort of emulate what the competition is doing (we’re looking at you, Camaro). Each model stands out with unique design cues. For example, the GT has larger air intakes than the base Mustang. What’s more, customers will be able to choose from 11 body colours and a host of factory-installed Mustang Design customization options such as bronze-coloured wheels.

The 5.0-litre Coyote V8 will generate the most power ever in a Mustang GT. All we know right now is that the engine outputs around 480 horsepower and uses new components including a redesigned intake system with separate dual butterfly valves. An upgraded version of the turbocharged 2.3-litre four-cylinder EcoBoost, which also delivers increased power, will motivate the base Mustang.

Fans of the Mustang will be pleased by the return of the six-speed manual transmission with rev-match technology. A 10-speed autobox is available for those who don’t want to deal with a third pedal. And check this out: drivers can select among six different drive modes including Normal, Sport, Slippery, Drag, Track and Custom.

The Performance Package now includes a sway bar, Torsen limited-slip differential and MagneRide active suspension. The rear wheels and tires are wider, while the Brembo brakes use 390mm discs up front and 355mm discs in the rear. The GT Performance Package, meanwhile, improves brake cooling and adds an auxiliary engine oil cooler.

Here’s a cool new gadget for thrill-seeking Mustang drivers (also included in the GT Performance Package). In a segment first, Ford developed a hand brake with the help of Formula Drift driver Vaughn Gittin Jr. It’s an electronic system that’s manually engaged and makes drifting easier. The automaker says it can be modulated by the driver based on their experience and skills. Awesome.

6. An Interior for Gamers

The 2024 Ford Mustang features a new, fully configurable 12.4-inch instrument cluster that is said to be inspired by video games. Expect cool animations and sharper graphics. Also, the gauges will change depending on the drive mode. For instance, in Track mode, the look is similar to what you can find in the Ford GT. Purists will no doubt love the Fox Body appearance that mirrors the instrument panel in the third-generation Mustang. Over to the centre stack, the 13.2-inch touchscreen is powered by SYNC 4 and compatible with both Apple CarPlay and Android Auto.

Ford also unveiled the new, mean-looking Dark Horse S and Dark Horse R models equipped with the 5.0-litre V8. They are expected to produce over 500 horsepower and will borrow components from the Shelby GT350 and GT500, such as the mighty carbon fibre wheels. Customers who buy a Dark Horse will also get a Tremec manual transmission, which is tougher than the Getrag unit that comes standard on the EcoBoost and GT models. 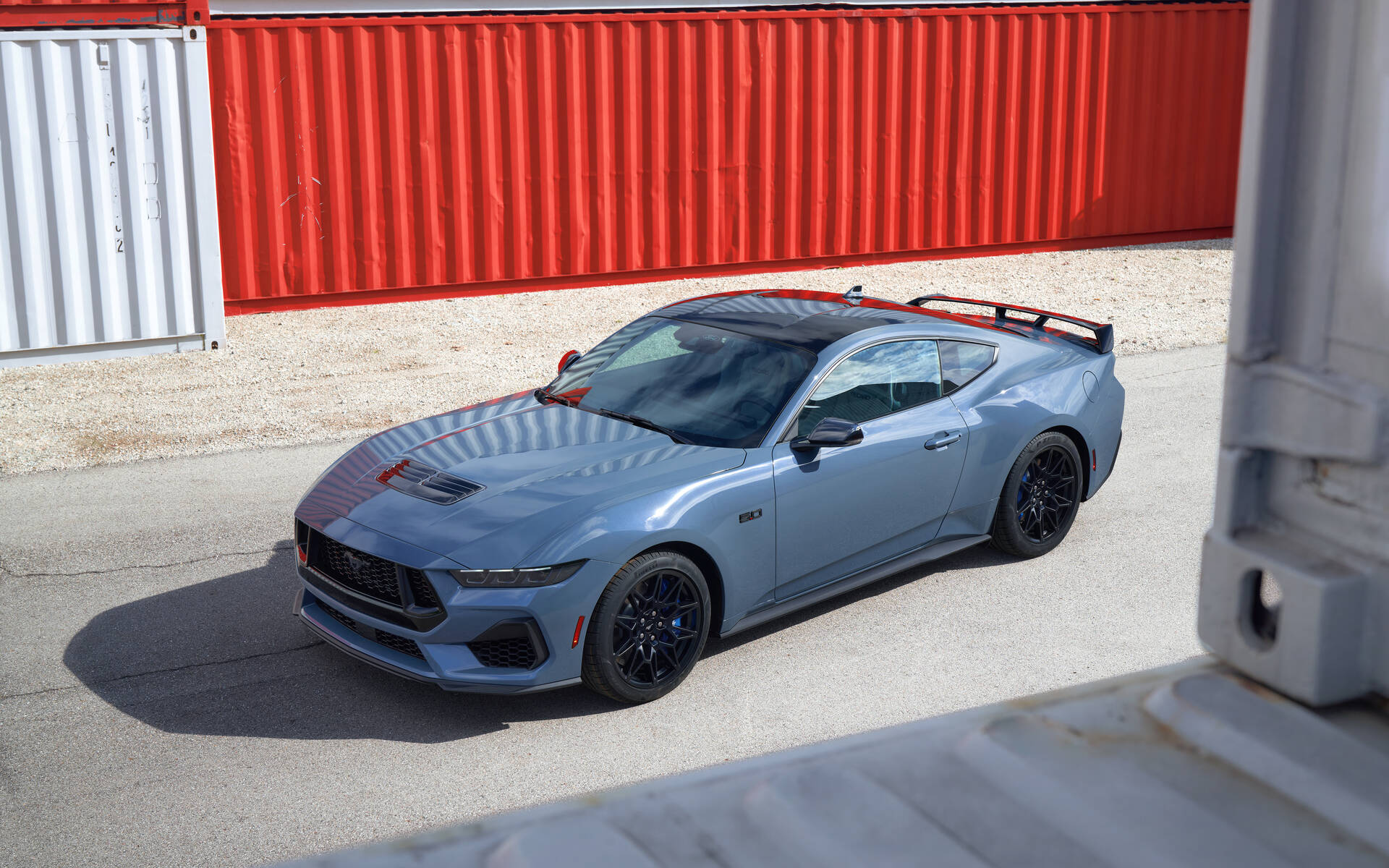 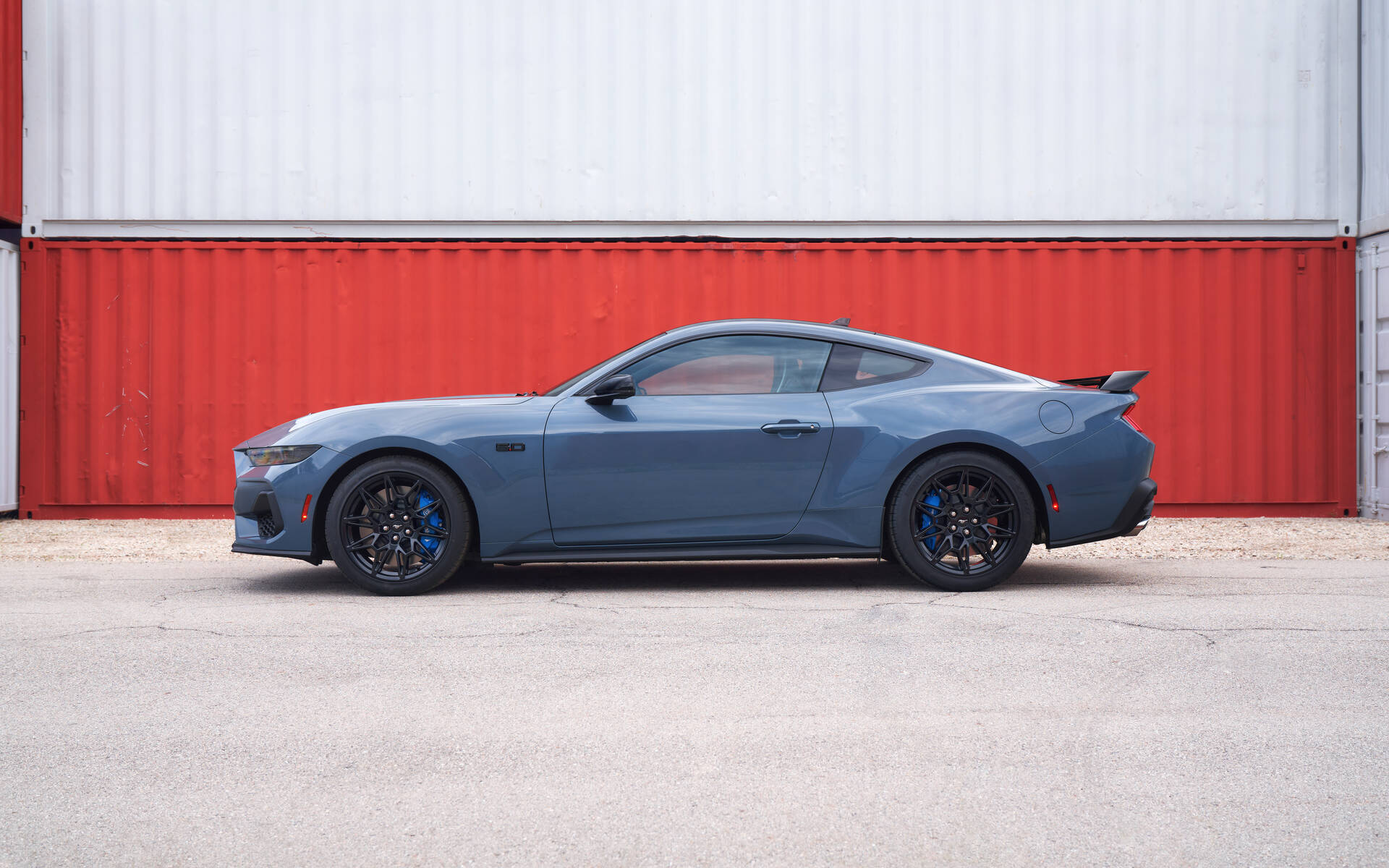 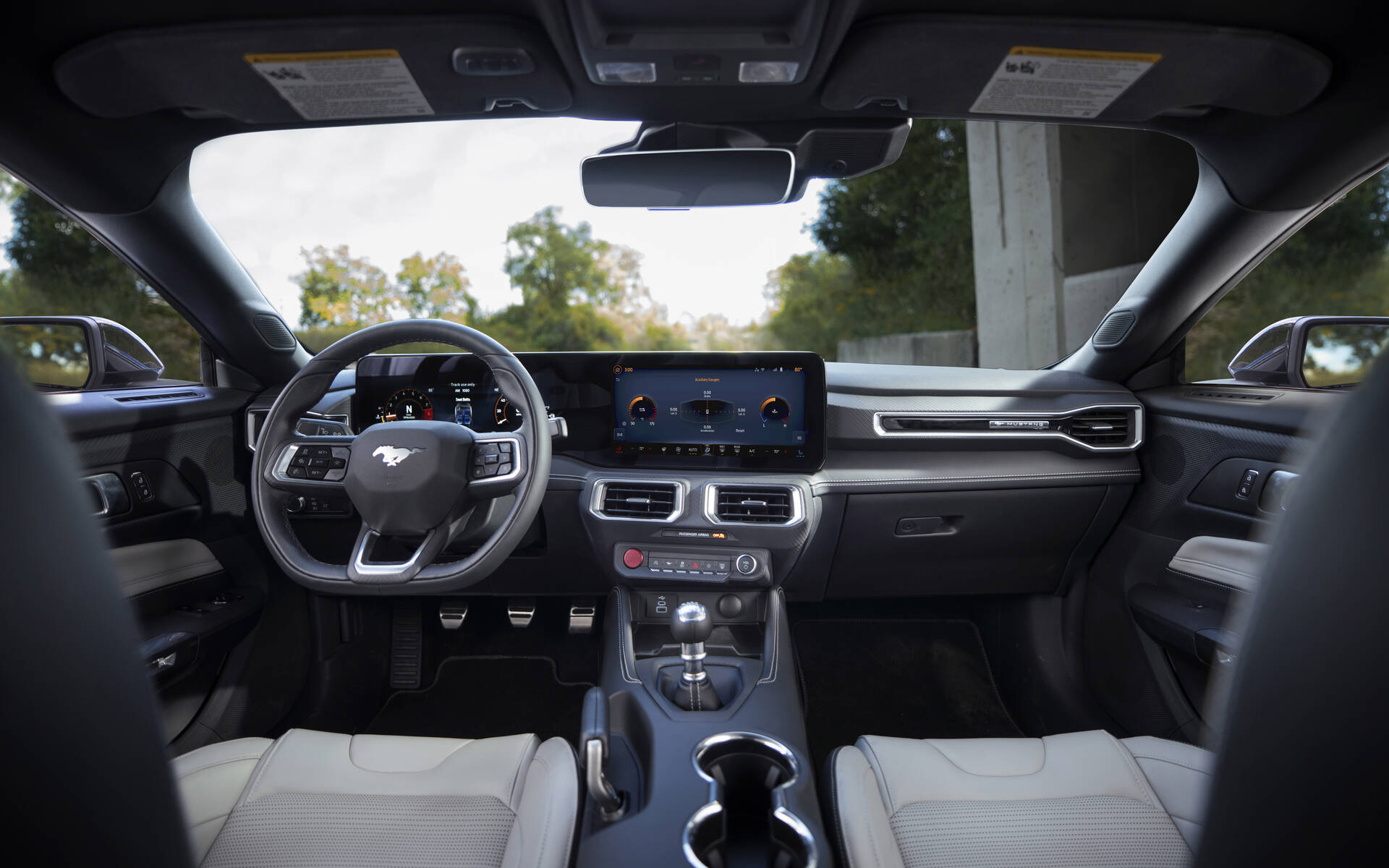 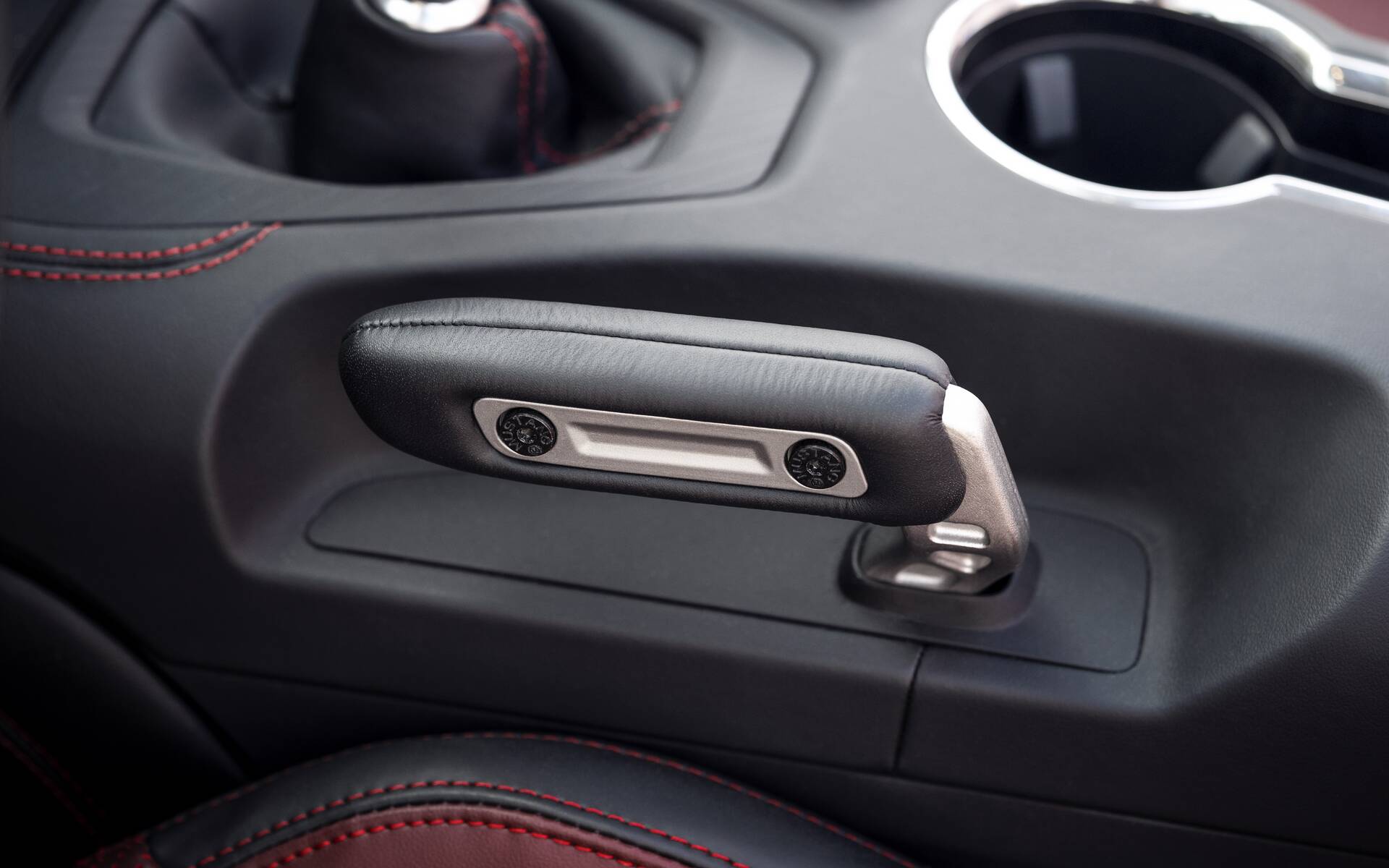 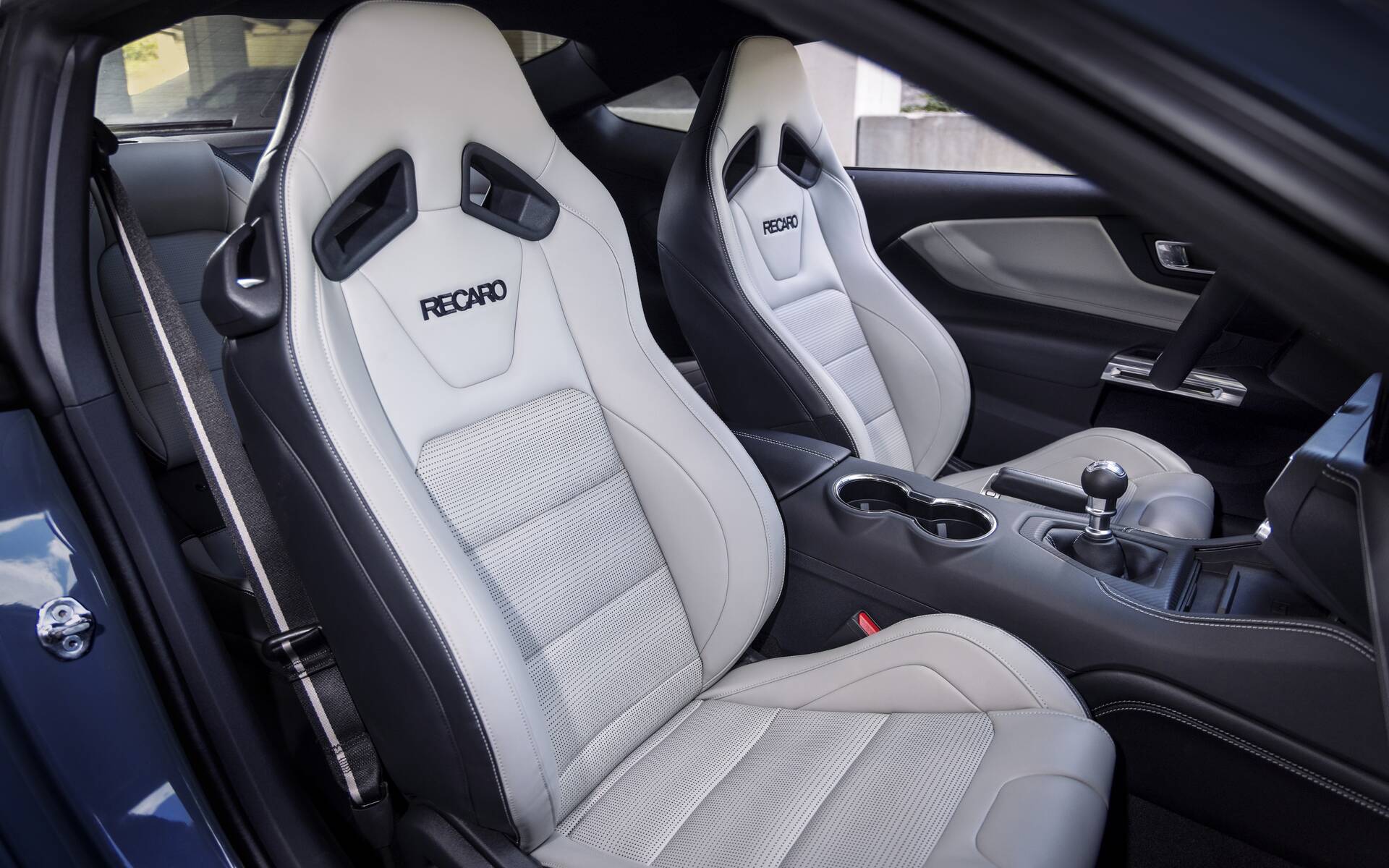 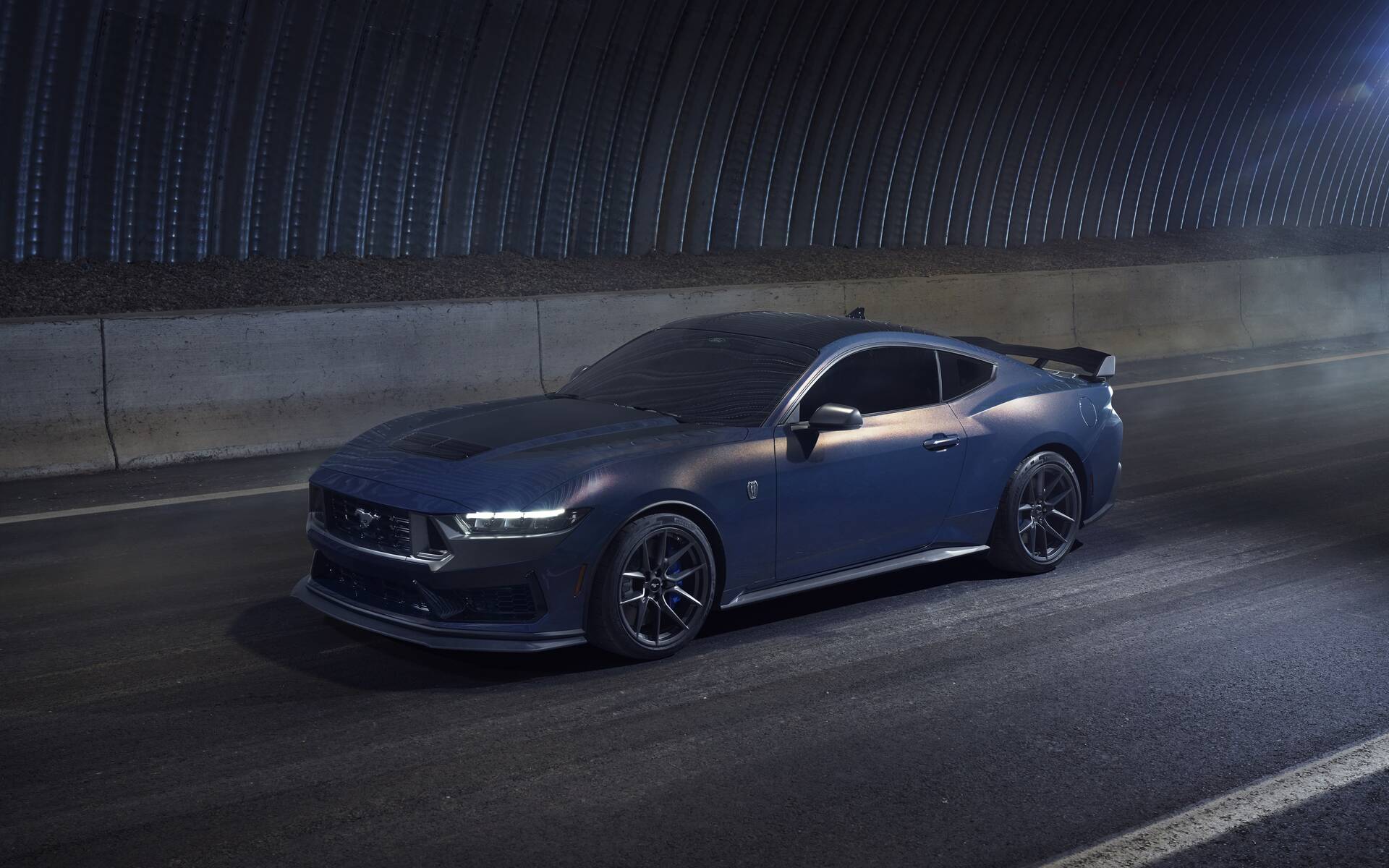 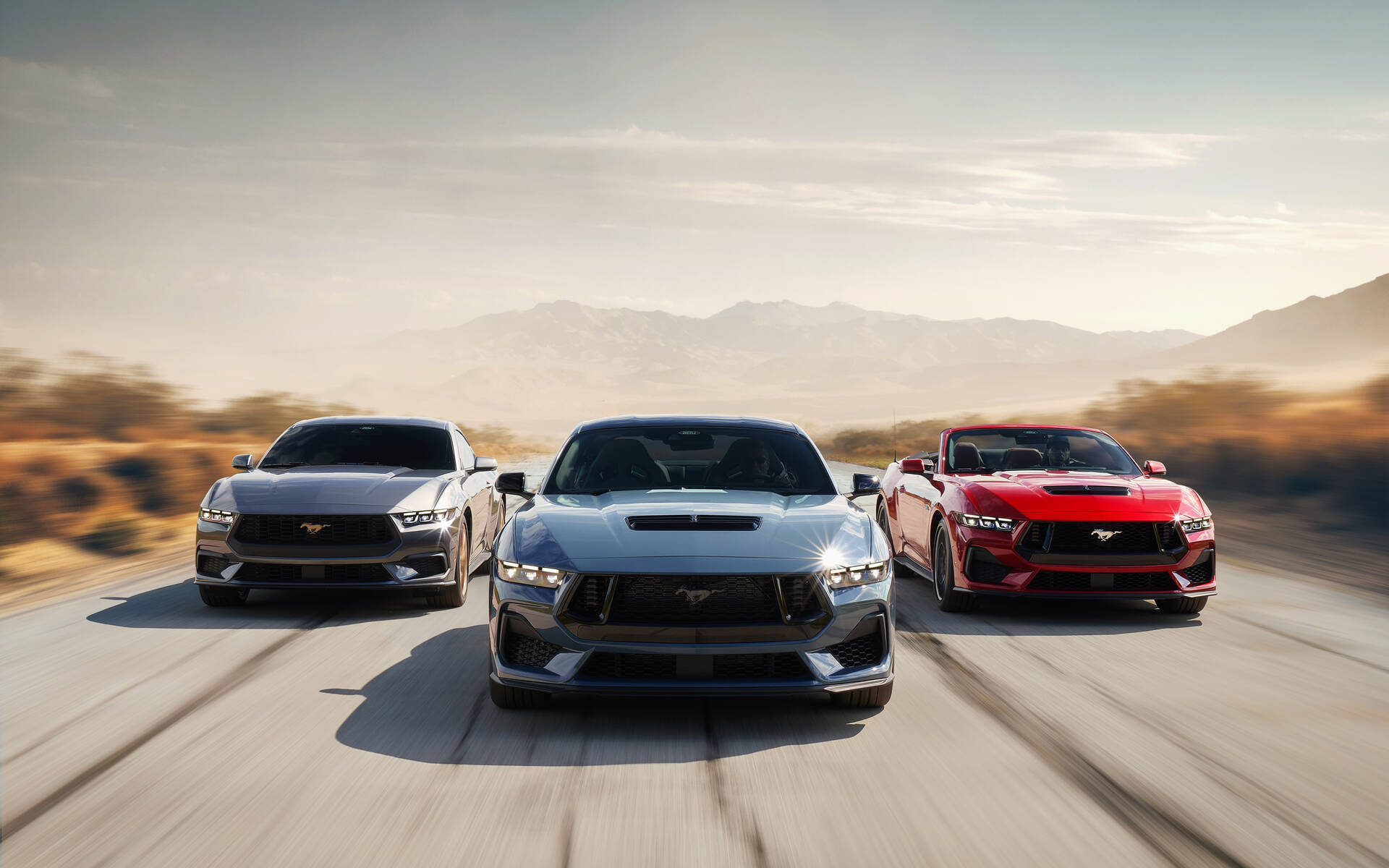