Blog / Dodge Speed Week Had it All, From Special Editions to Loud EVs

The brand that gave us the Charger, Challenger and Durango is charging forward with a plan called “Never Lift” including many exciting announcements for performance enthusiasts.

The latest came during Speed Week in Pontiac, Michigan. In case you missed them, here’s what you need to know:

The 2023 model year will mark the end of an era for the Charger and Challenger. As a farewell to this duo, Dodge will introduce no less than seven special editions. Each one will be a nod to the past and the glory days of the first wave of muscle cars, starting with the Challenger Shakedown which you can see down below.

Also, the company intends to please the most nostalgic muscle car aficionados among us by offering three vintage colours: B5 Blue, Plum Crazy Purple and Sublime Green. R/T models will sport “345” badges on the front fenders indicating the number of cubic inches of the 5.7L HEMI V8. Finally, to clearly distinguish the 2023 Charger and Challenger, a “Last Call” plaque will be installed under the hood.

Oh, and Dodge has partnered with Florida-based Drop Top Customs to make life easier for U.S. customers who want to turn their hardtop into a convertible. Sadly, no such thing has been announced for Canada.

Dodge is resurrecting the almighty Durango SRT Hellcat for 2023 after initially selling it as a 2021 model only. This wicked midsize SUV is back to terrorize the suburbs with all 710 horsepower and 645 lb-ft. of torque from its 6.2-litre supercharged V8 engine.

It can zip from 0 to 97 km/h in just 3.5 seconds and it aces the quarter mile in just 11.5 seconds. All that with a top speed of 290 km/h. Good thing six-piston front Brembo brakes are included, too!

Deliveries are expected to begin early in 2023. Those who wish to order one should act fast.

After pushing the Journey into retirement in 2020, a void was created in Dodge’s catalogue with no compact SUV to take its place. But here comes the all-new 2023 Hornet, which shares many components with the Alfa Romeo Tonale, yet features signature Dodge styling. The first Canadian-bound units should land in dealerships before the end of this year.

The entry-level GT model will start under $40,000 and use a turbocharged 2.0L four-cylinder engine producing 268 horsepower and 295 lb-ft. of torque. Not bad at all, but there’s even better.

Under the hood of the R/T model, you will find a turbocharged 1.3L four-cylinder engine assisted by a 90kW electric motor and 15kWh battery. This technology offers up to 50 kilometres of all-electric driving, according to the automaker’s estimates, with 285 horsepower and 383 lb-ft. of torque. Plus, the PowerShot function delivers a 25-horsepower boost on demand. What do you think of that?

Last but certainly not the least, Dodge chose Speed Week to make a loud statement with the Charger Daytona SRT concept, a boldly styled coupe just like the original Charger, except with a rear hatch and a fully electric powertrain. No kidding.

Although EVs are distinguished from ICE-powered vehicles by their almost total absence of noise, Dodge is trying something new. As a matter of fact, this prototype is equipped with an “exhaust” system that roars at up to 126 decibels—the equivalent of the current Hellcat engine (strictly in terms of auditory power).

As for the design, the Fratzog logo (previously used by Dodge between 1962 and 1976) is apparent on numerous parts of the car, while the R-Wing up front is reminiscent of the 1969 Charger Daytona. Dodge’s first electric muscle car is due to launch in 2024, with more details to emerge in the coming months. Stay tuned! 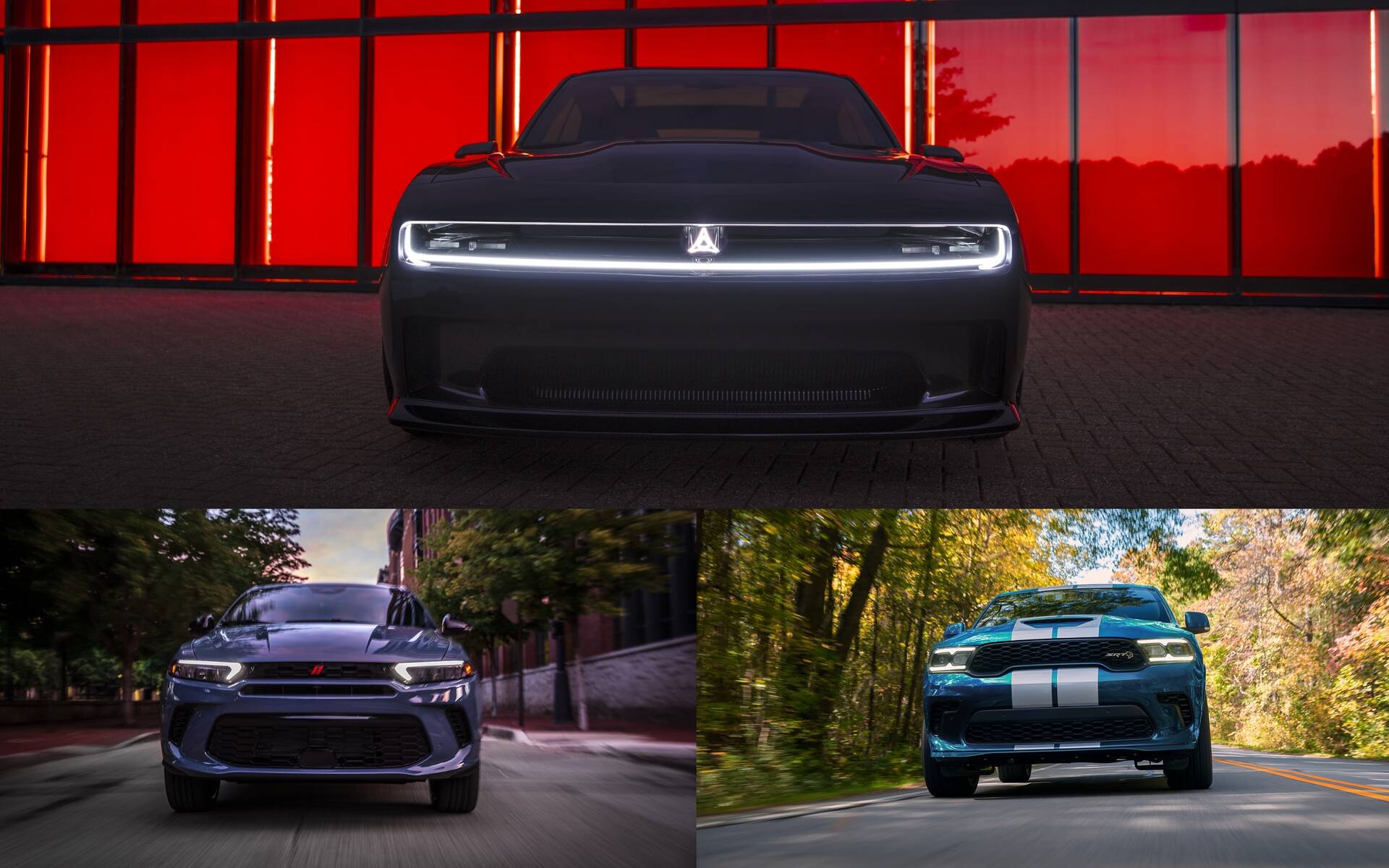 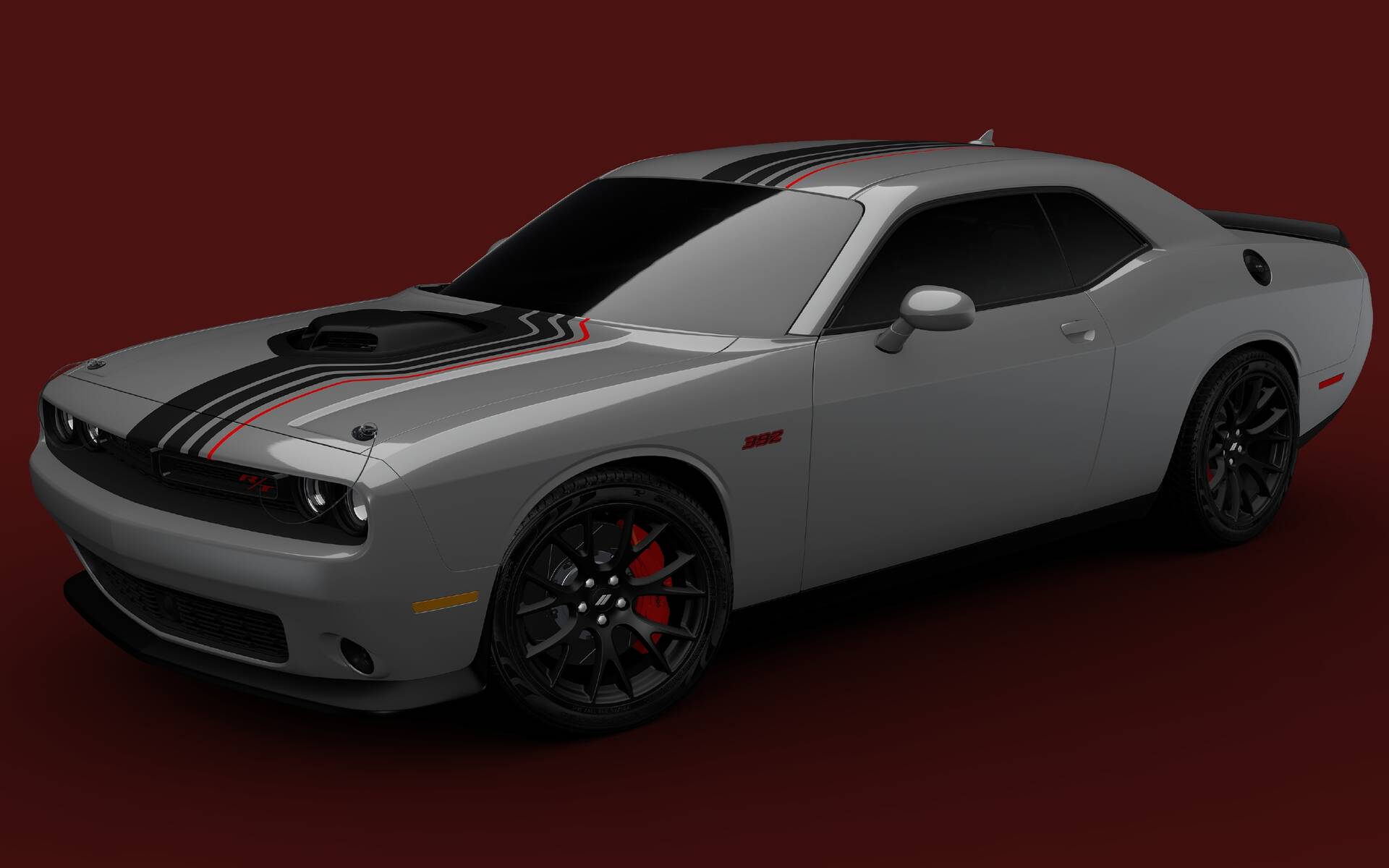 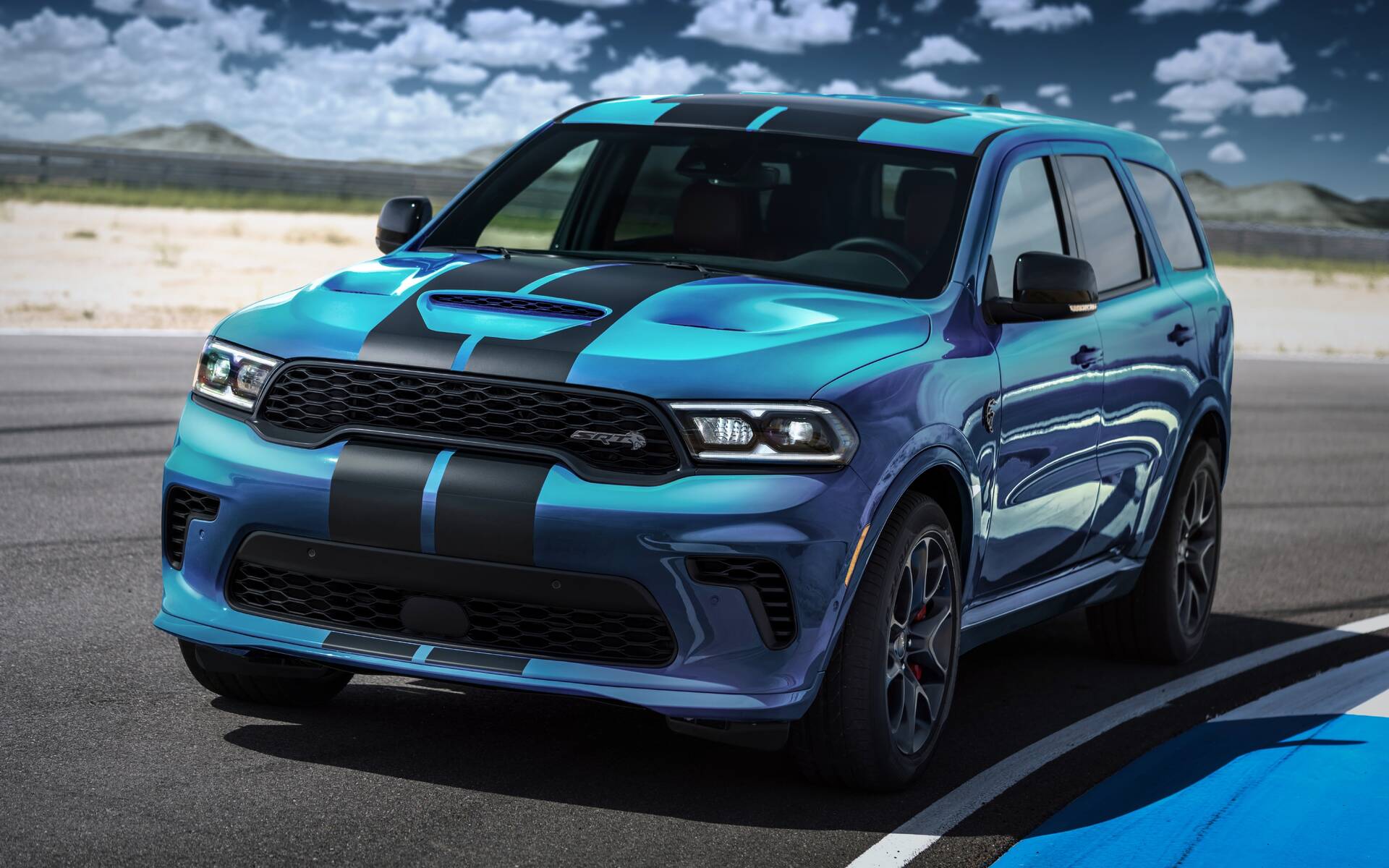 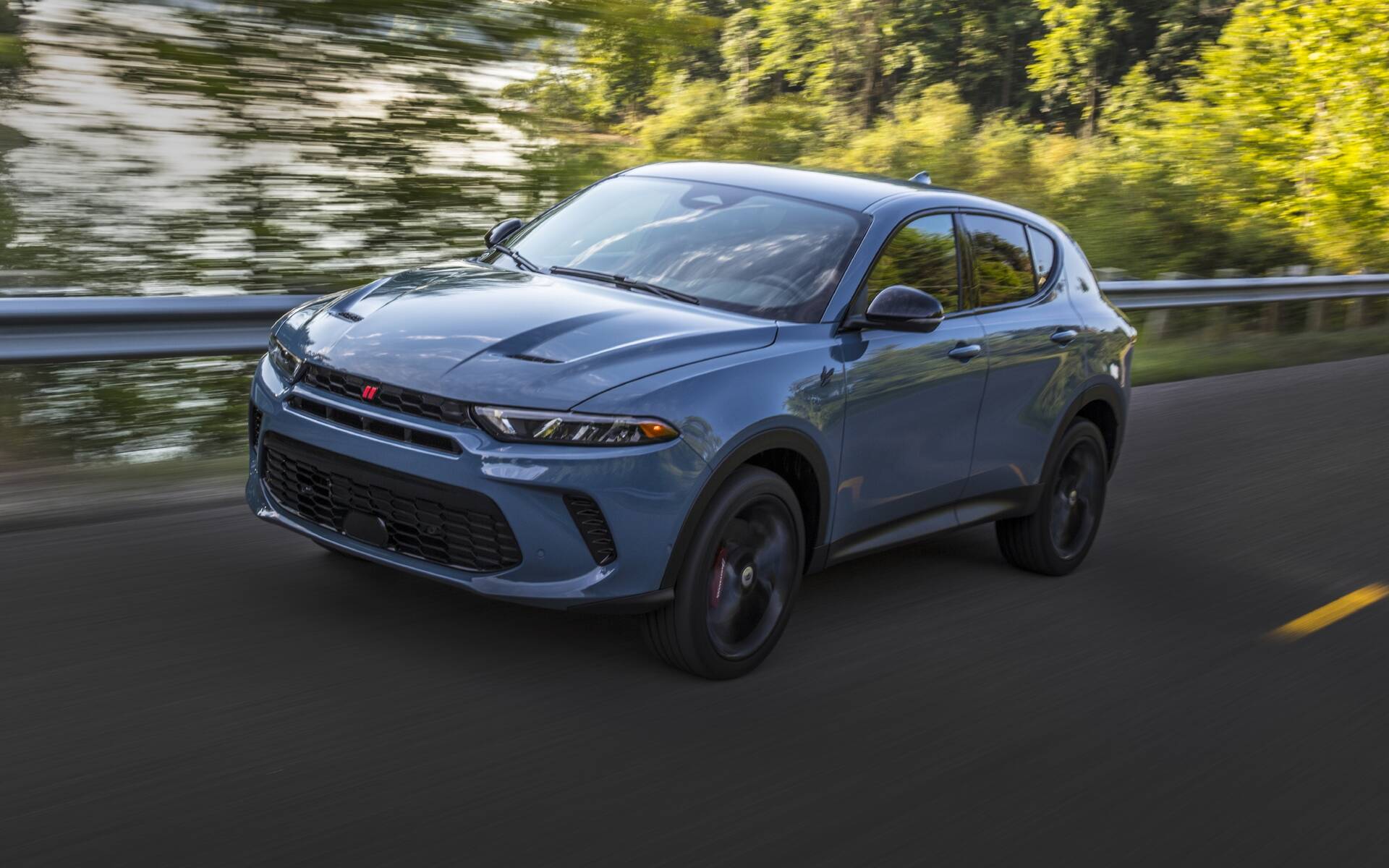 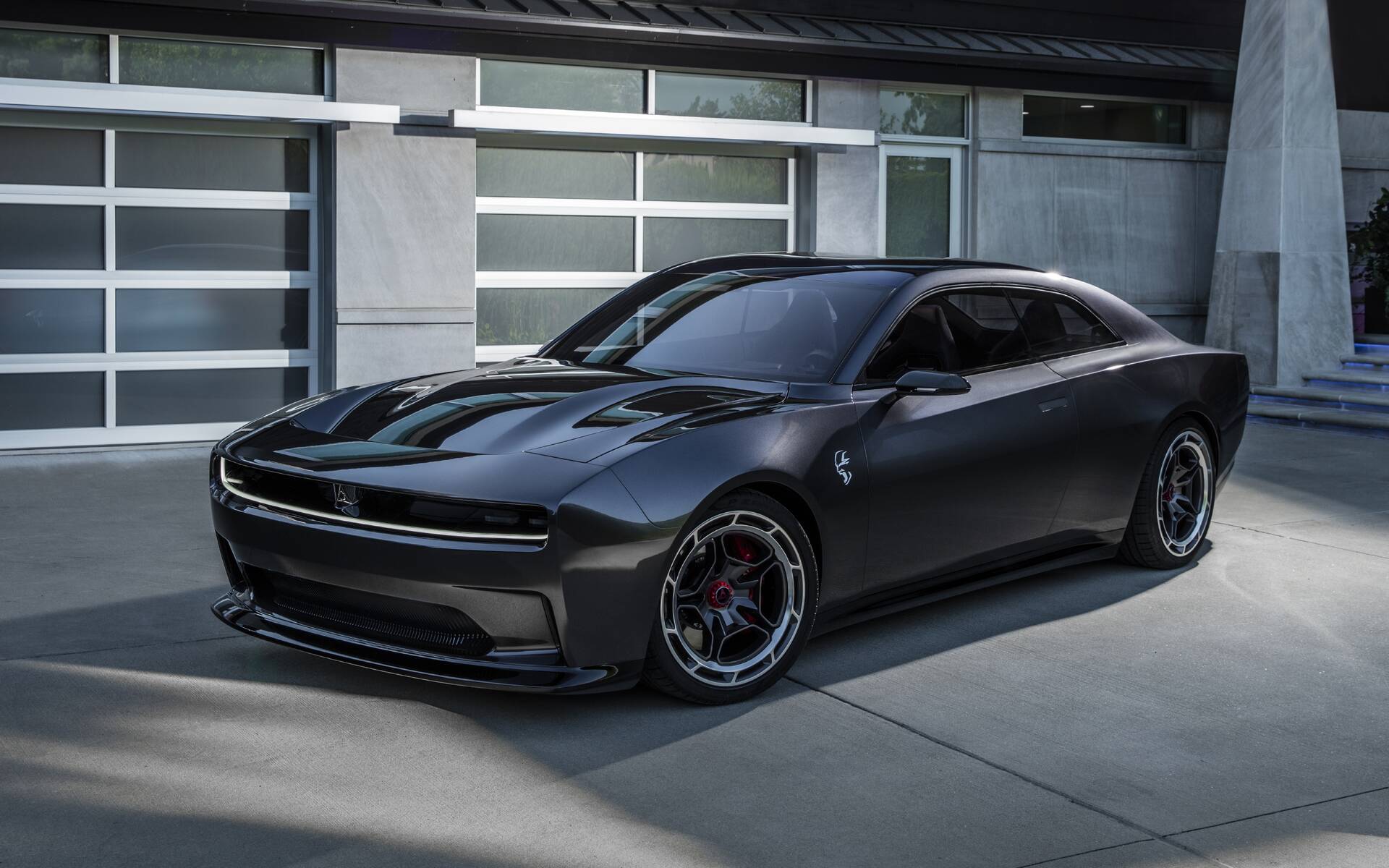 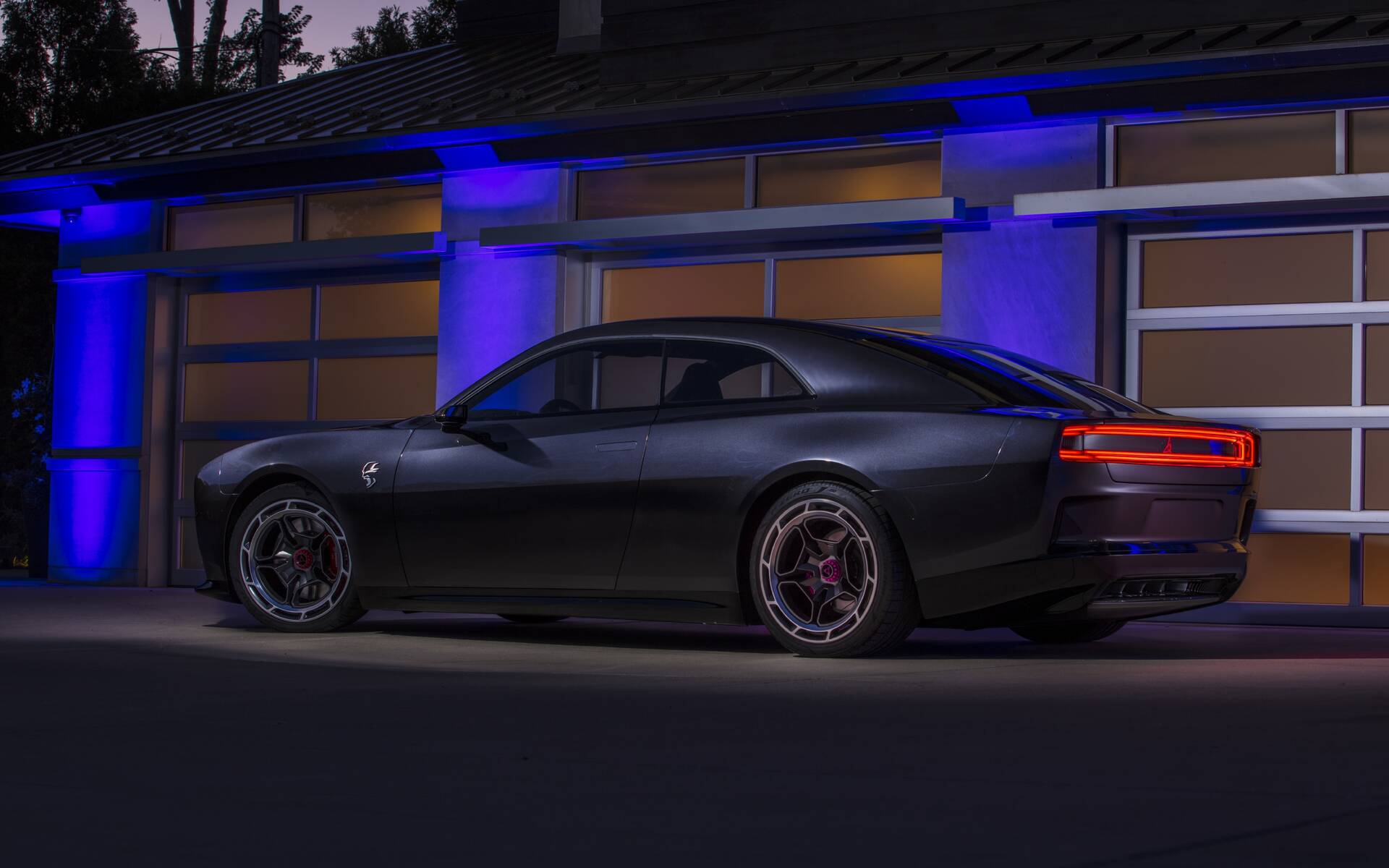