Two of the leading midsize pickups in North America will be completely new for the 2023 model year. The next-generation Ford Ranger and Chevrolet Colorado promise to be more rugged, more capable and more sophisticated than ever.

Which one will have the upper hand? Let’s take a closer look…

The next-gen Ranger project was led by an international team of designers and engineers at Ford’s Product Development Centre in Australia. The truck has endured more rigorous testing in more demanding conditions than in the past, the automaker says.

Don’t you think it looks like a beefier, more rugged Maverick? Beneath the new bodywork is an upgraded chassis riding on a wheelbase that’s 50 mm longer and a track that’s 50 mm wider than the current Ranger. Cargo bed volume has expanded in the process so customers will be able to load flat plywood sheets or a full-size pallet. Incidentally, we hear a new model combining the SuperCrew cab with the long bed will finally be available.

Under the hood, the turbocharged 2.3-litre EcoBoost four-cylinder engine will return along with an upgraded 10-speed automatic transmission. For now, output and torque remain unspecified (the outgoing Ranger is rated at 270 horsepower and 310 pound-feet). Engineers have moved the front wheels forward by 50 mm for a better approach angle and outboard for better off-road articulation. They’ve also shifted the rear suspension dampers outboard of the frame rails to give drivers and passengers a better ride both on- and off-road.

That being said, the biggest news—especially for performance enthusiasts—is arguably the Ranger Raptor, available for the first time in Canada. Built on a different chassis and sporting a more aggressive appearance (complete with additional underbody skid plates), this mean truck boasts a new twin-turbocharged 3.0-litre EcoBoost V6 producing up to 392 horsepower and 430 pound-feet of torque. It also features an active exhaust system, more advanced 4WD system, seven drive modes including Baja and a fully revised suspension with longer travel.

As for the cabin, refinement and technology are taken to a new level with more premium materials throughout and a 10.1- or 12-inch portrait-style touchscreen powered by Ford’s SYNC 4 connectivity and entertainment system. The latter complements the fully digital instrument panel. There are fewer physical buttons on the centre stack, but Ford says drivers can go to the Ranger’s dedicated screen with one button press for all off-road and drive modes. The screen is also linked to a 360-degree camera to make parking easier in tight urban spaces or to assist when negotiating tricky terrain.

2023 Chevrolet Colorado: For Work, Recreation or the Apocalypse

Unlike the Ranger, the new Colorado will now offer only one body configuration—a double cab model with a short bed. The truck has been completely redesigned with new underpinnings and a longer wheelbase (80 mm). A total of five models will be offered: WT, LT, Z71, Trail Boss and ZR2. A ZR2 Desert Boss launch edition is also part of the range with unique styling and model-specific equipment.

Aesthetically, the 2023 Colorado displays a more modern and muscular look than its predecessor. Naturally, the ZR2 model is the most visually impressive, being three inches taller than the WT and LT models. It’s also hard to ignore the new Trail Boss, which offers a more adventurous look and a two-inch suspension lift at a more attractive price than the ZR2.

When it comes to the cargo bed, the first thing you’ll notice is that the Colorado ZR2 has a massive roll bar that really pops. Chevrolet also added eight standard tie-down hooks, support points for 2x6s and 2x8s, as well as the possibility of positioning the tailgate halfway.

After recently discontinuing its four-cylinder gasoline engine and Duramax diesel engine, Chevrolet is setting aside its 3.6-litre V6 for 2023 and replacing it with three variations of a 2.7-litre turbocharged four-cylinder. The WT and LT models put out 237 horsepower and 259 lb-ft of torque, while Z71 and Trail Boss models are cranked up to 310 horsepower and 390 lb-ft of torque. The engine in the ZR2 gets a torque increase at 430 lb-ft thanks to internal enhancements, but power remains at 310 hp. In total, up to five driving modes will be offered, including a Baja mode (ZR2) just like the Ranger Raptor.

Inside, Chevrolet has completely redesigned the cabin including the seats and centre console. Check out the standard digital instrument cluster with an eight-inch screen and the 11.3-inch centre touchscreen with Google built-in—a first in the segment. As with the larger Silverado, this screen is configurable according to driver preferences for a more personalized user experience. Depending on the model, up to 10 camera angles are offered, making it easier to drive off-road, park or hitch a trailer.

The new Ford Ranger and Chevrolet Colorado are expected to arrive at Canadian dealers in the first half of 2023. Let the battle begin! 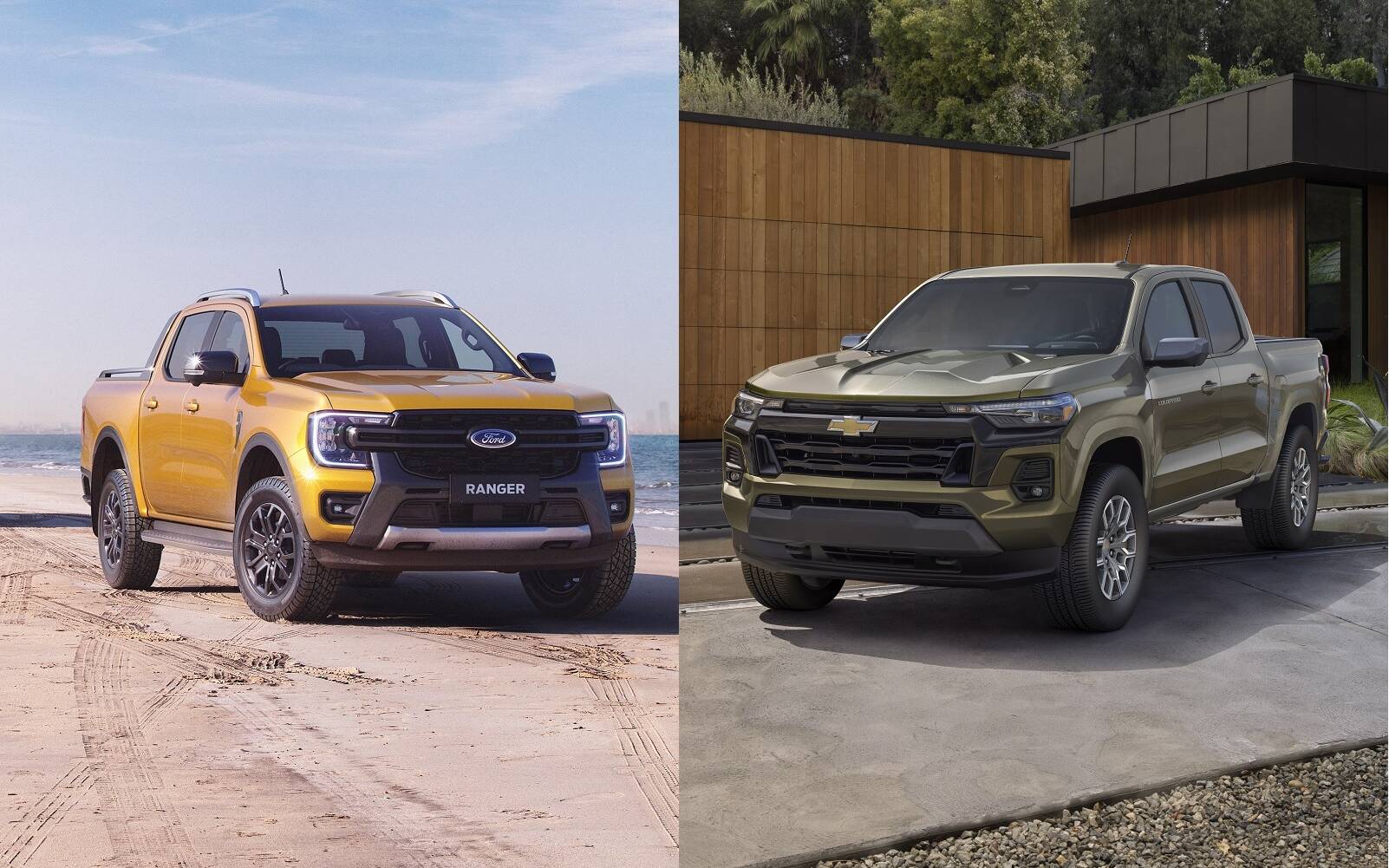 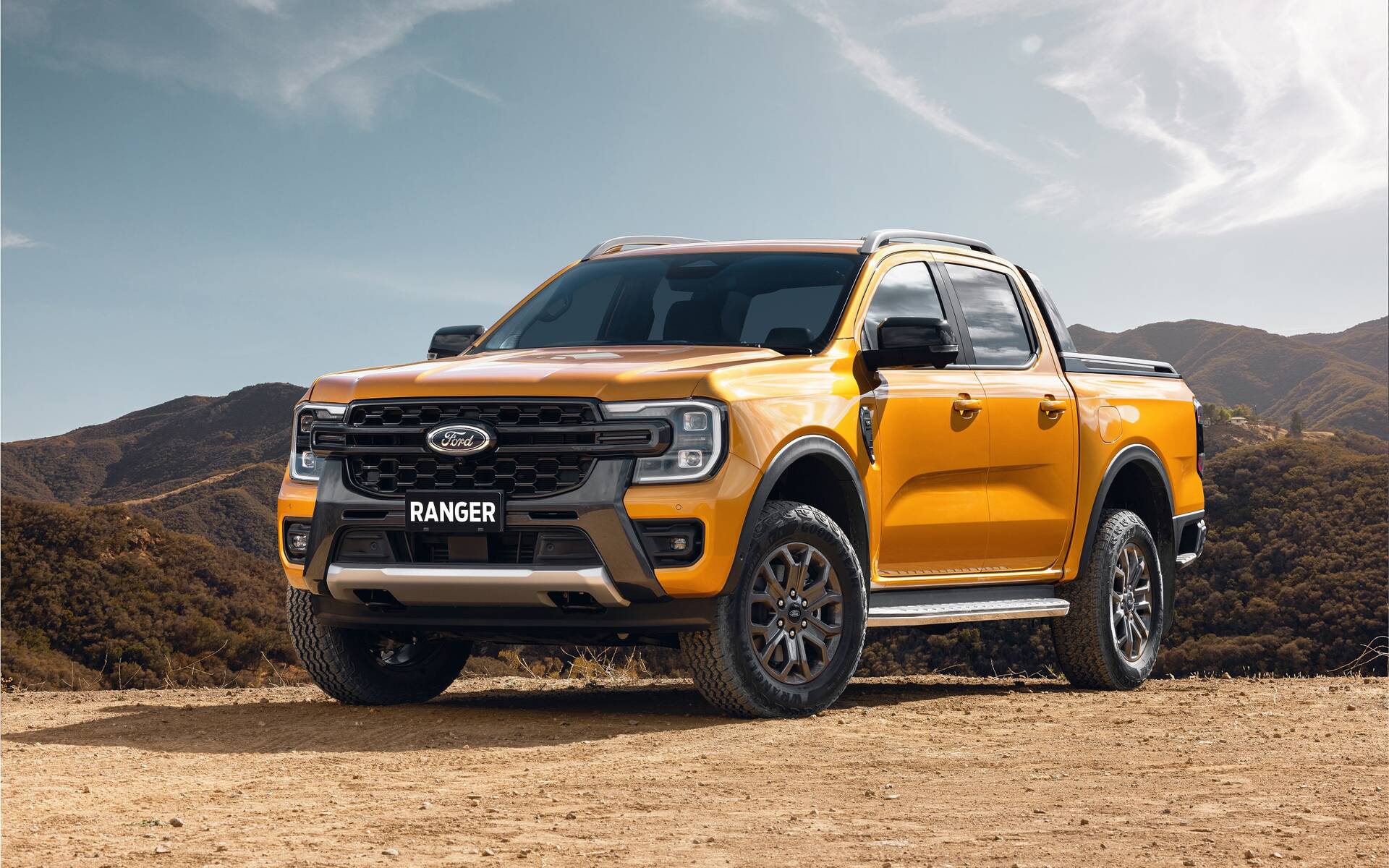 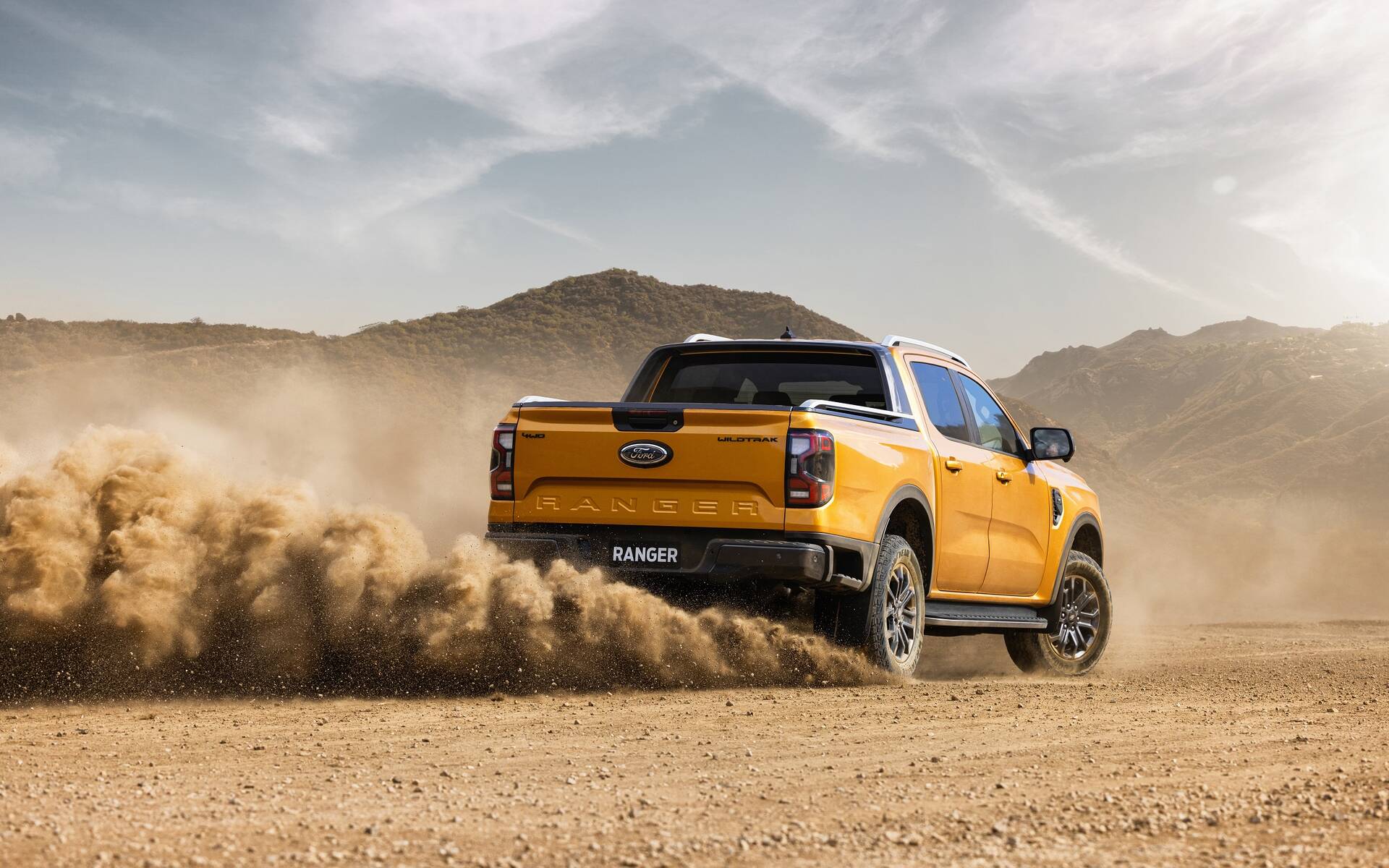 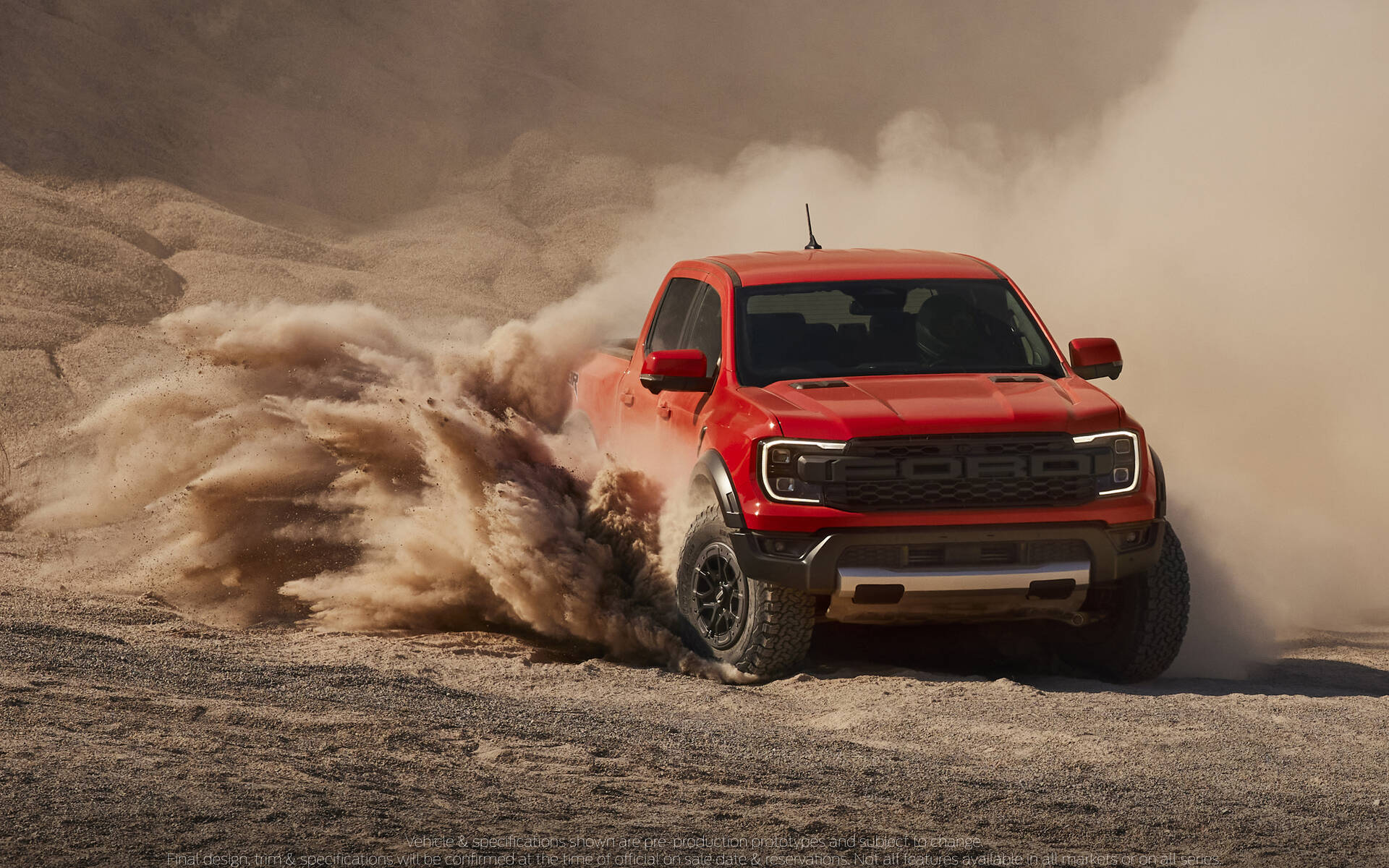 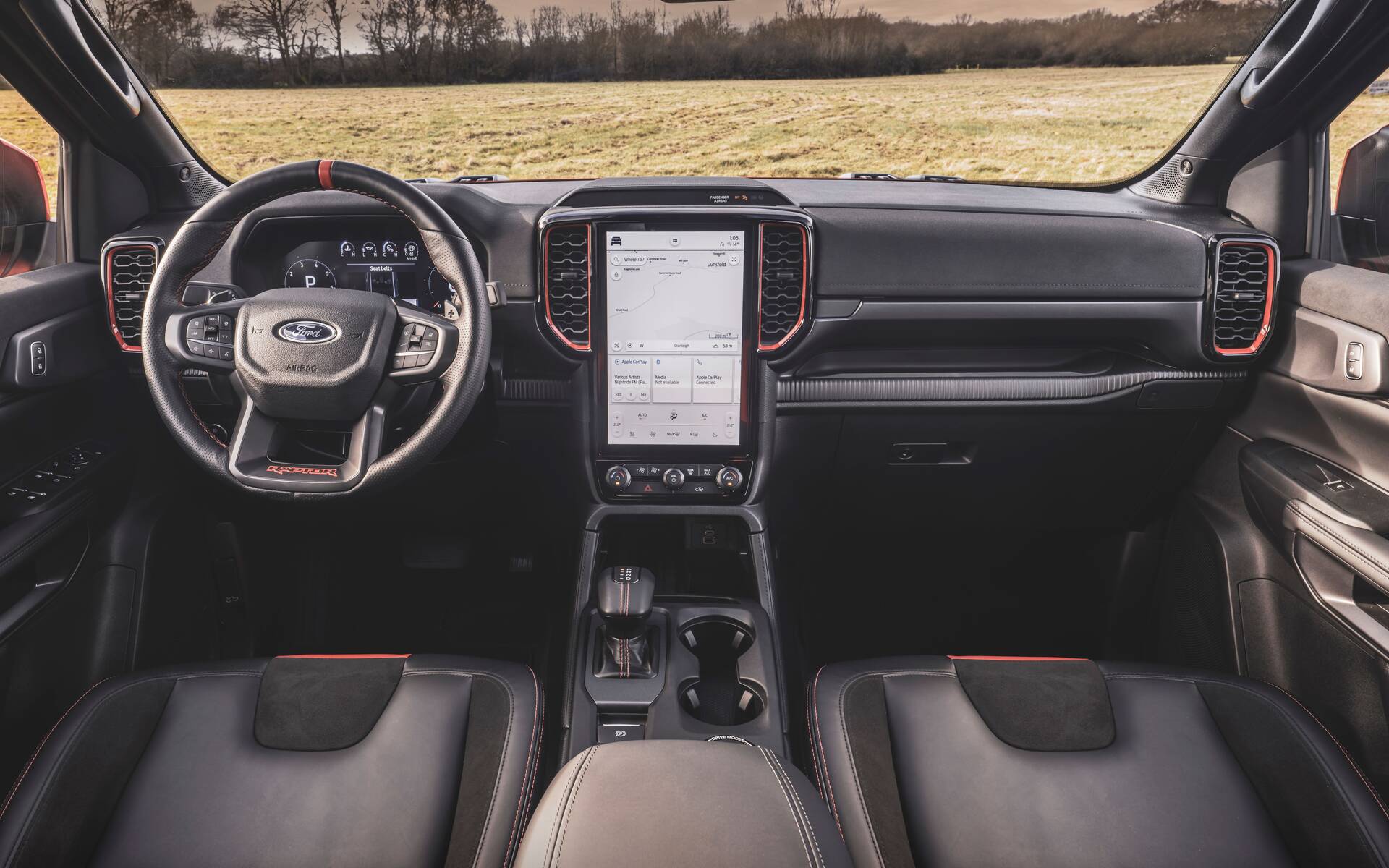 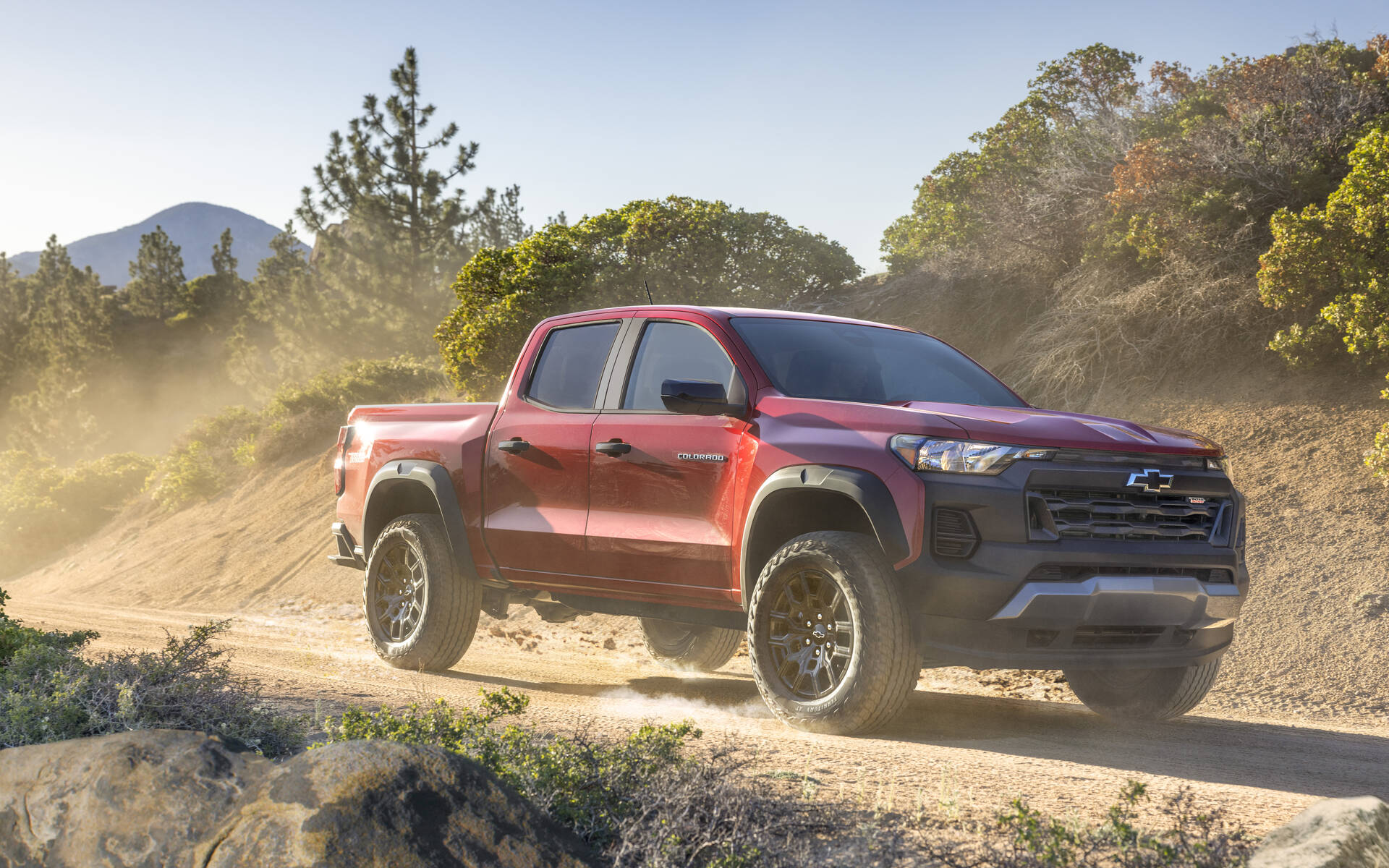 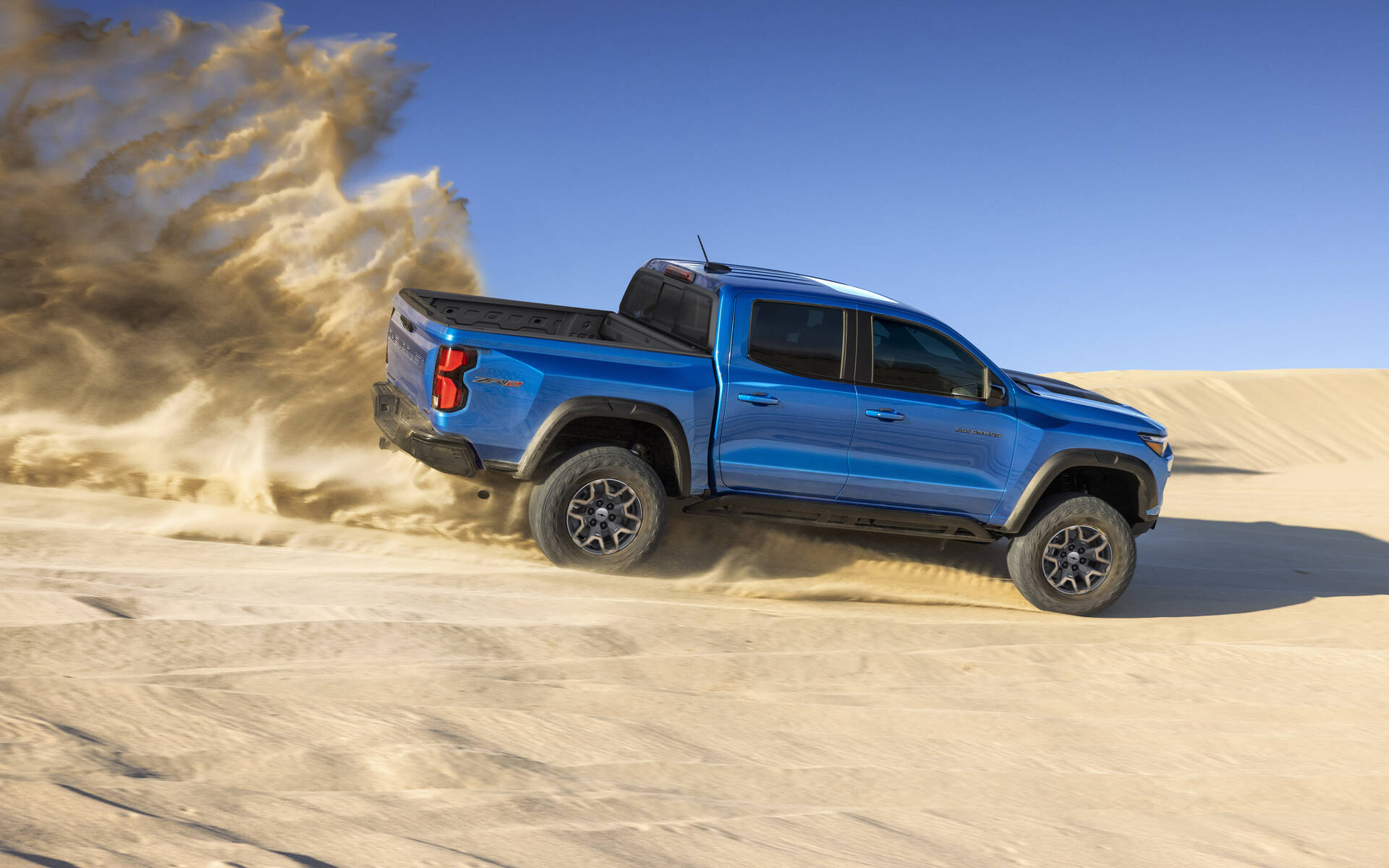 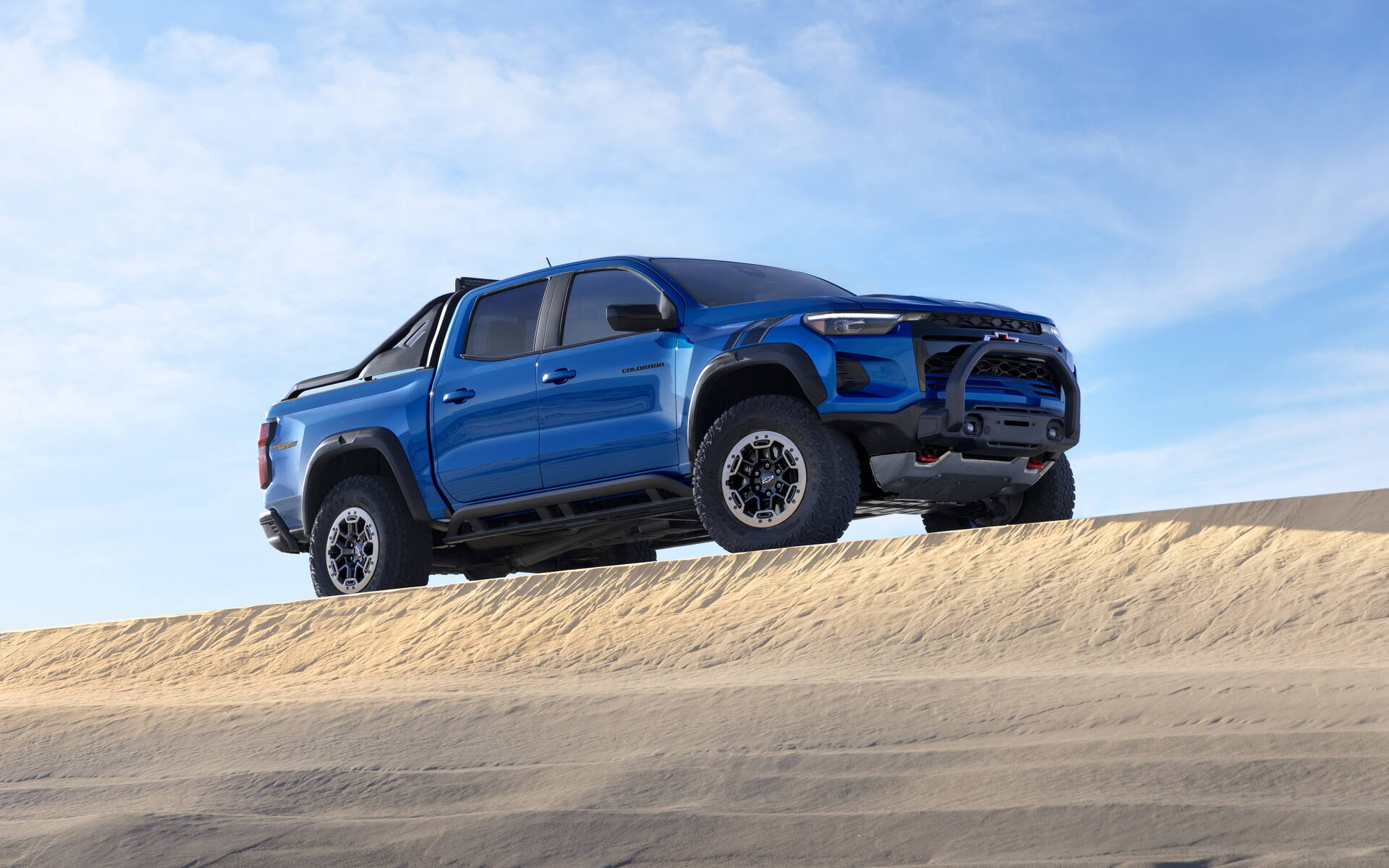 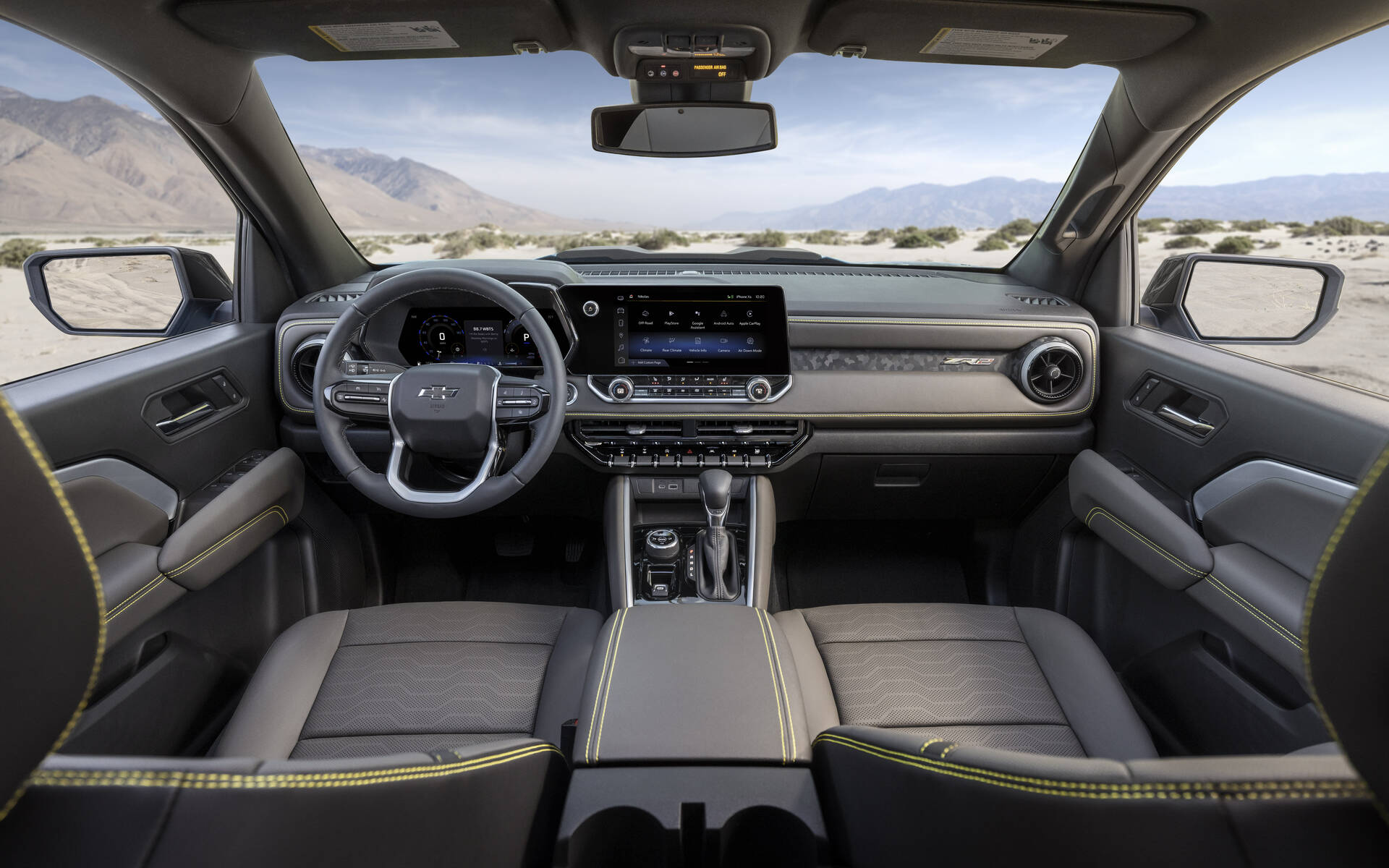