Before it officially introduces the highly anticipated, eleventh-generation Civic in late spring, Honda recently showed a prototype that appears to be really close to the production model Canadians will get to drive starting next fall.

Yep, the new Civic will look pretty much like the car on these pictures. So far, there has been a ton of reactions on social media and other websites—both positive and negative. Why? Let’s see…

As everyone knows, the Honda Civic is the best-selling car in the country 22 years and counting. One generation after another, it has attracted legions of young customers with its sharp looks and driving dynamics, as well as its low ownership costs.

But while the current Civic dared to be bold and different from a design standpoint (the rear-end treatment particularly comes to mind, from the base sedan all the way to the sporty Civic Type R hatchback), the upcoming generation sports a more understated and mature look than ever before. Many people will tell you it reminds them of the Honda Accord.

For sure, the 2022 Civic Prototype stuns with a bright new colour called Solar Flare Pearl. Many black elements provide contrast including the wheels, mirror caps, front grille and a few trim pieces. The redesigned headlights, with their black surround and LED signature, give the car an extra dose of aggressiveness.

The hood and beltline are markedly low, while the front roof pillars have been moved rearward relative to the driver, creating a fairly dynamic side profile. The taillights are clearly more conservative—maybe a bit too much?—but the dual exhaust tips are neatly integrated into a black trim element that emphasizes the car’s wider rear track.

What about the interior? Honda is showing just one black-and-white rendering for now, along with the promise of an open and airy cabin. From what we can see, the cockpit is a major departure from the outgoing generation. There are fewer physical buttons, a new nine-inch HD touchscreen sits at the top of the dashboard, and a fully digital instrument cluster lies in front of the driver. An intriguing addition is the wide honeycomb mesh accent that conceals the air vents for a cleaner appearance.

The company also has a new, stiffer chassis in store, although engineers made sure to retain the Civic’s delightfully low centre of gravity. We know there will be many Civic-first features and technologies, too, plus further advances in active and passive safety. Look for more powerful and efficient engines—and the return of the manual gearbox.

The competition in the compact car segment is fiercer than ever. The Mazda3 continues to shine with sexy, refined styling, while the new-for-2021 Hyundai Elantra is impossible to ignore with extremely angular lines and in-your-face grille. Will the new 2022 Honda Civic manage to stand out as much as its predecessor? Considering its strong reputation, we have faith. 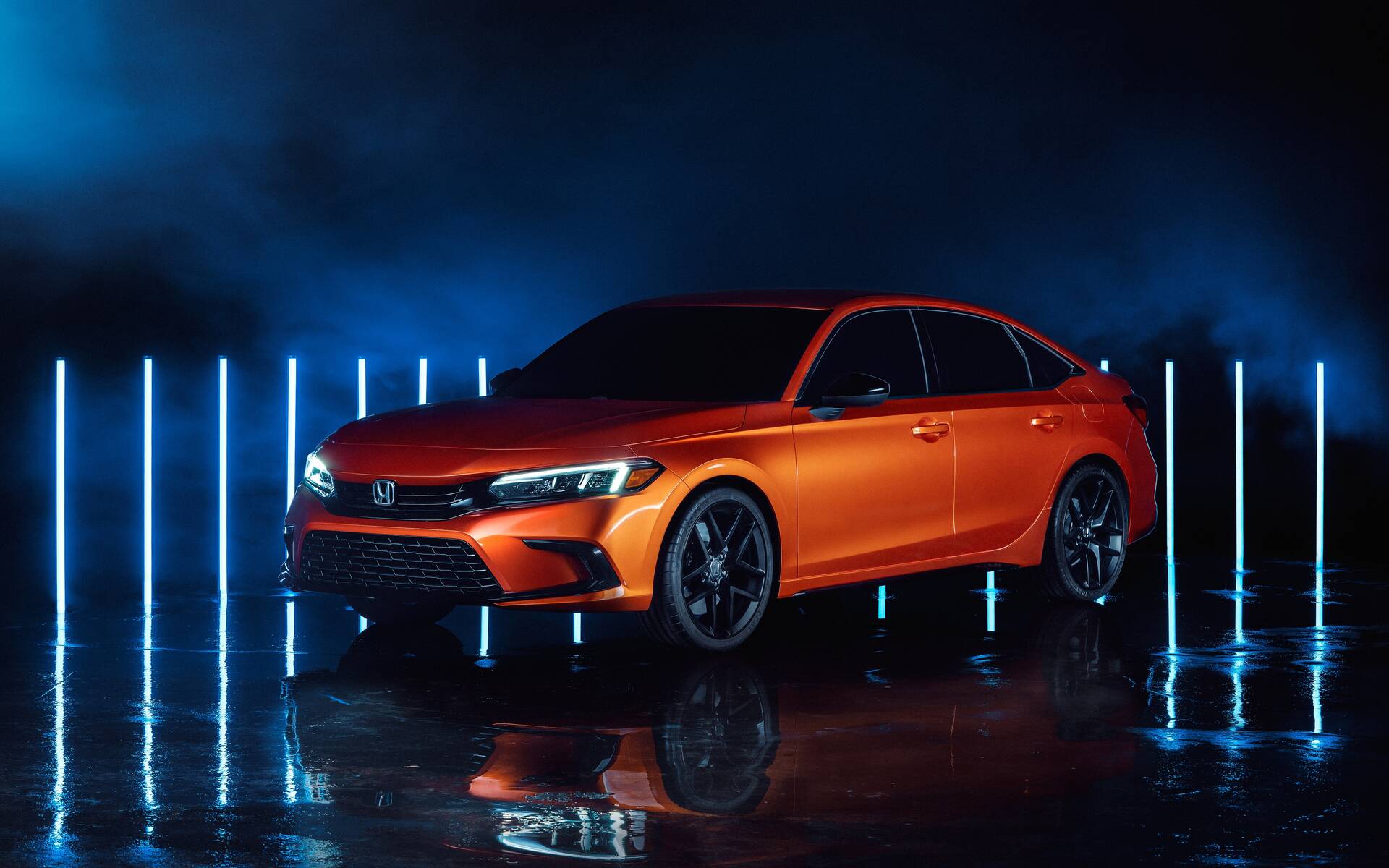 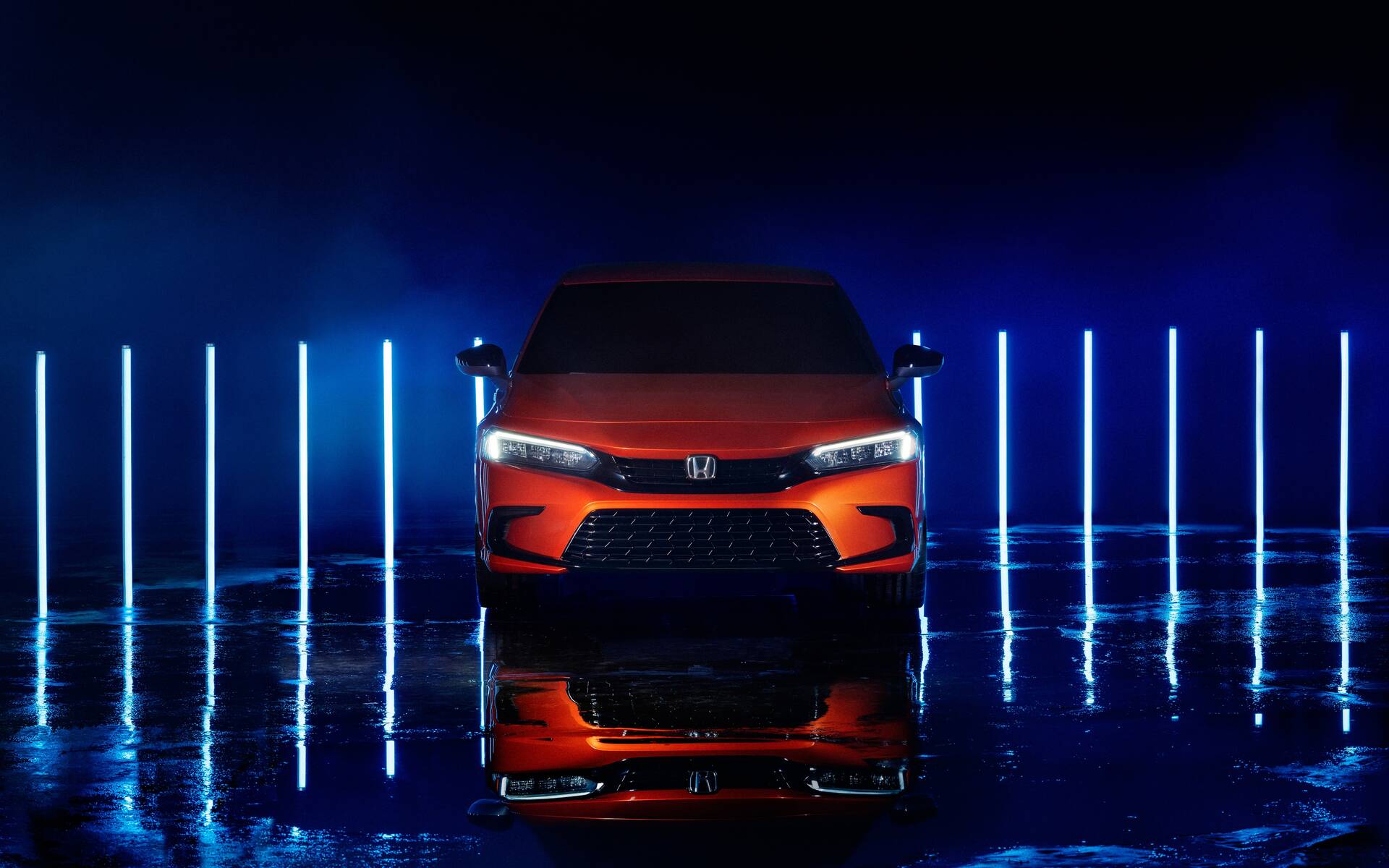 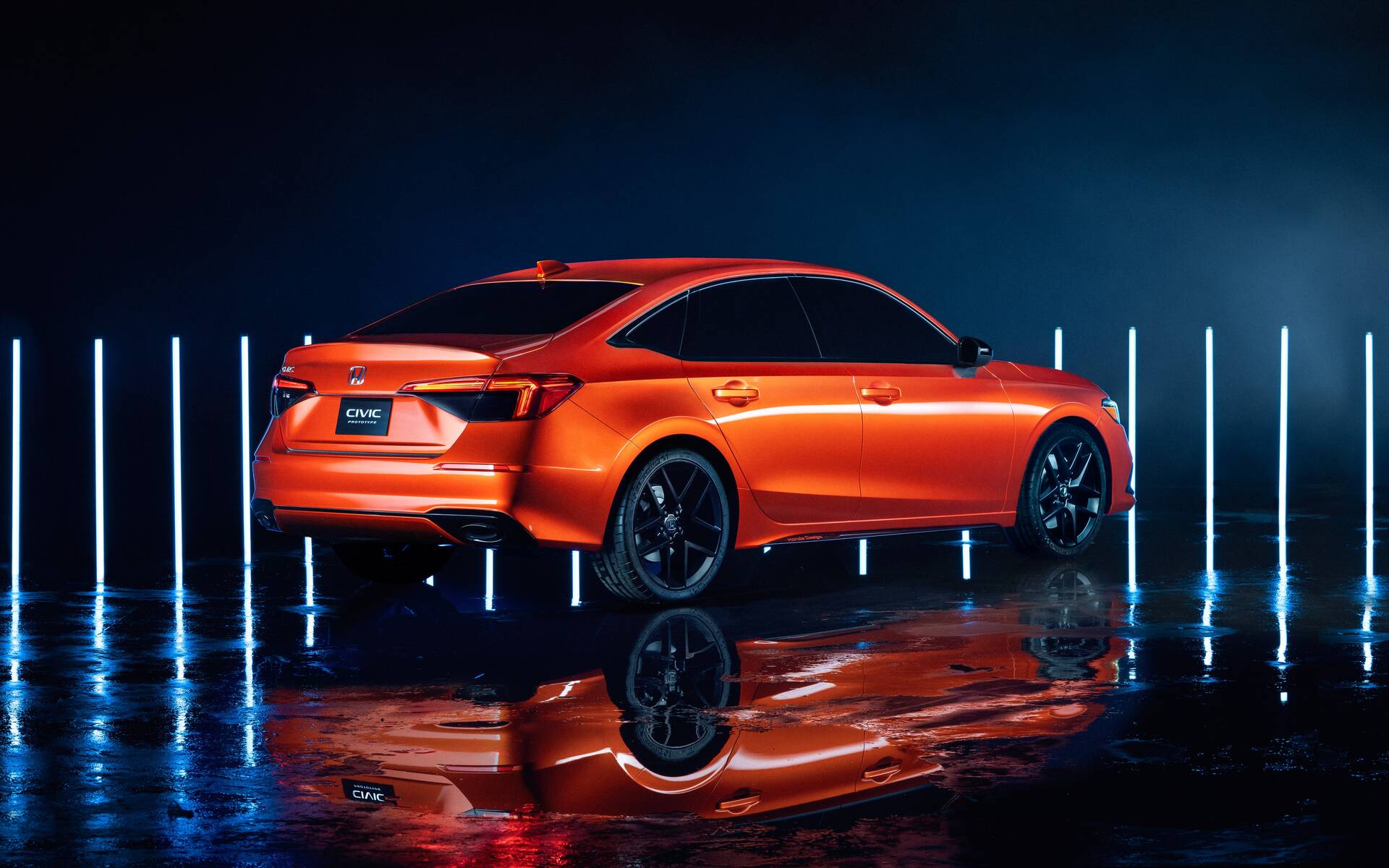 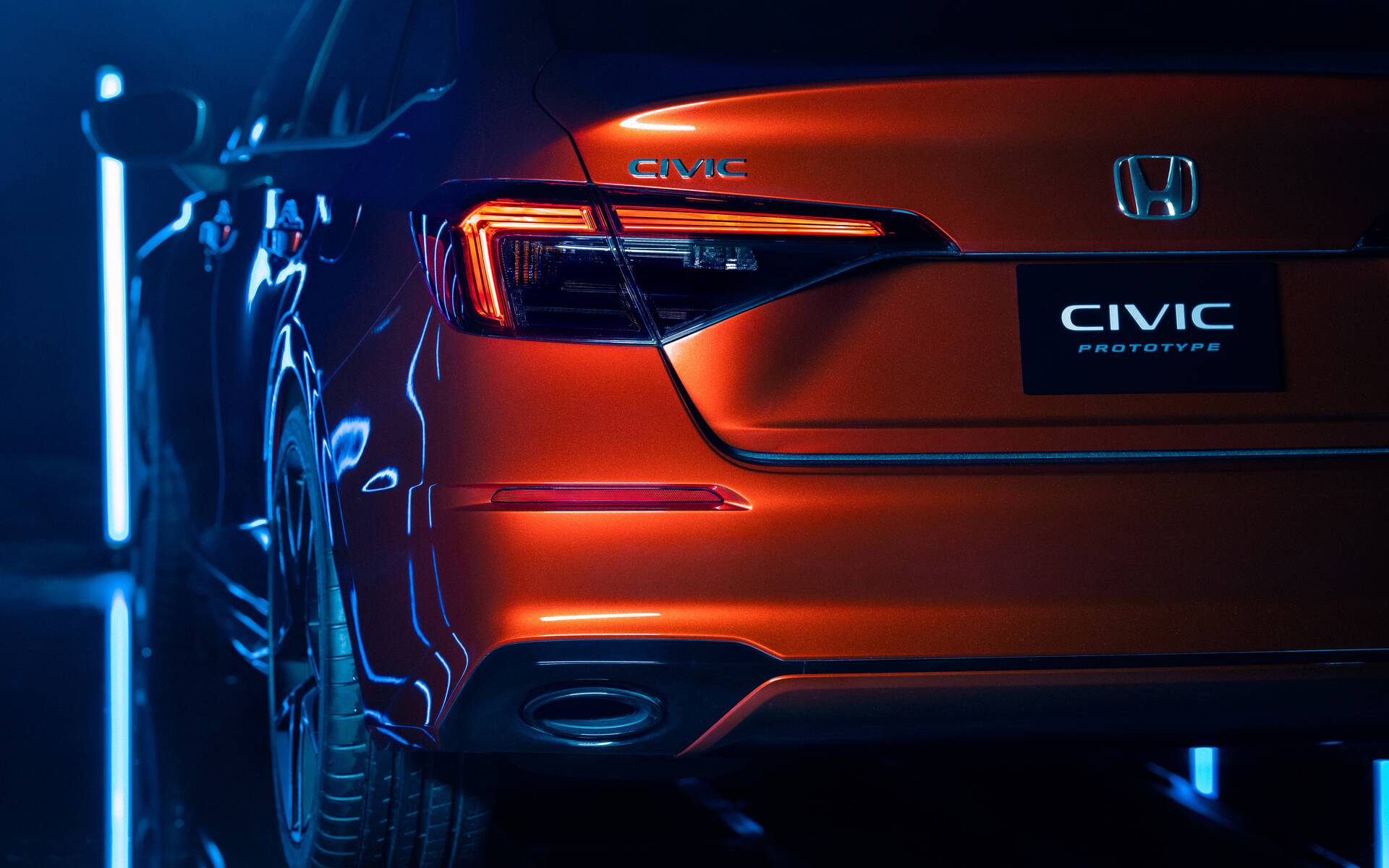 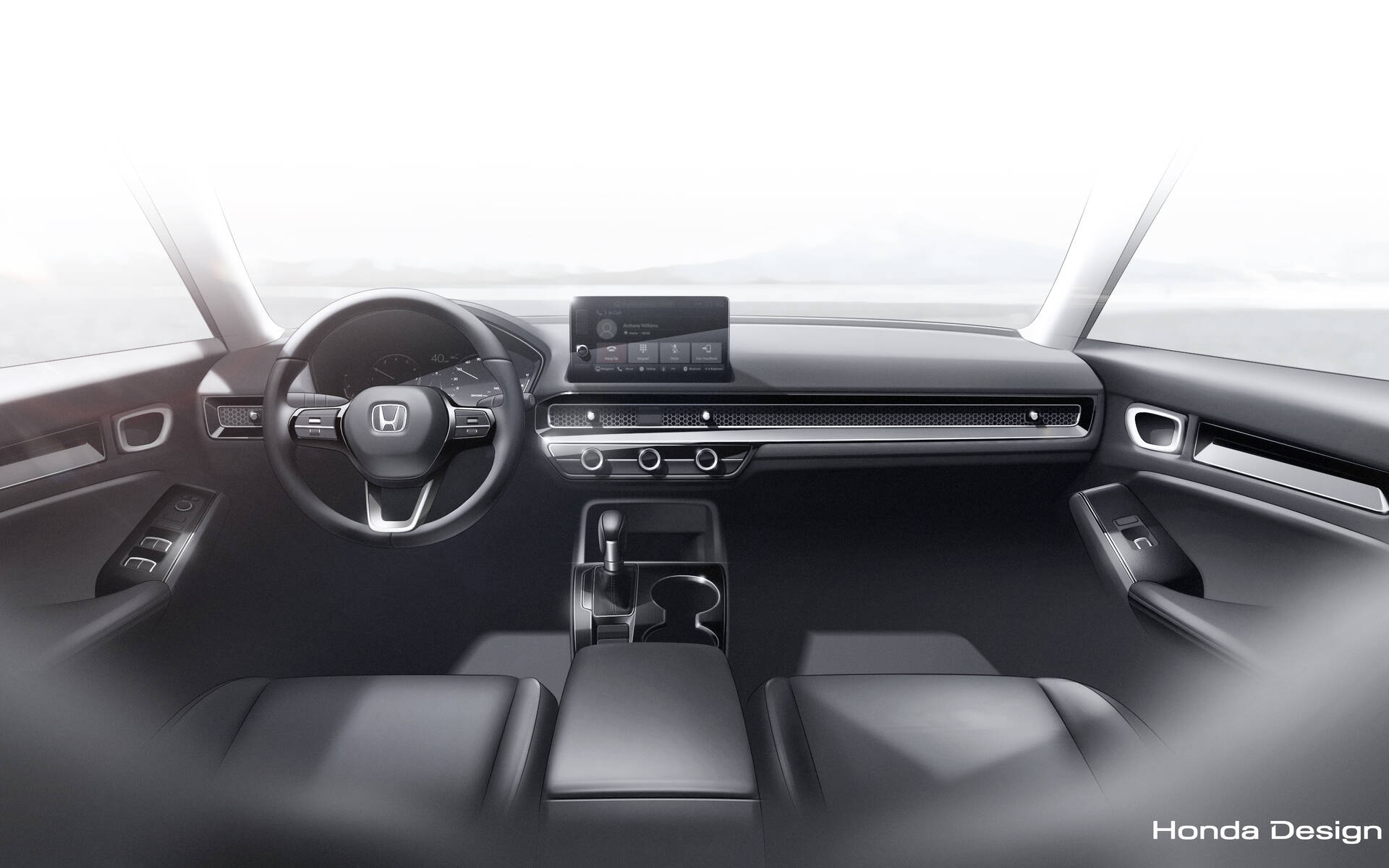