Nissan is currently going through a pretty rough stretch and must restructure its business to get back on solid ground. That means, among other things, major cost reductions and lineup changes.

Two all-new models introduced in recent weeks will play a huge role in the short and medium terms as Nissan tries to regain a competitive edge and shore up its image.

2021 Nissan Rogue
The Rogue is a familiar product sold around the world and positioned in the immensely popular compact SUV segment. It accounted for 30 percent of the brand’s total sales last year despite the outgoing generation being relatively old.

One could say there is no room for error with the 2021 edition, which will hit the market this fall and set the tone for soon-to-be-redesigned SUVs including the Qashqai, Pathfinder, Murano and Armada.

The 2021 Nissan Rogue is styled to make a big statement. It sports more angular lines and looks beefier than most other compact SUVs. With better aerodynamics and noise insulation, plus a more rigid platform improving the ride and handling, the Rogue should be taken more seriously.

Under the hood, the 2.5-litre four-cylinder engine returns, this time with 181 horsepower. However, there is no performance model or hybrid powertrain—at least for now. Naturally, driver assistance features are aplenty, highlighted by Nissan’s ProPILOT Assist with Navi-Link. But the most impressive thing inside is arguably the combination of digital displays (including the 10.8-inch head-up display) up to 32.1 inches in size.

After losing significant market shares in the first half of 2020, Nissan desperately needs the new Rogue to attract more customers. At first glance, we predict it will enjoy plenty of success.

2022 Nissan Ariya
Essentially the same size as the Rogue, the Ariya electric SUV will hit the market in late 2021. While sales will be much lower at first, make no mistake: this model ushers in a new era at Nissan.

Whereas the LEAF joined the lineup as a bit of an outsider about a decade ago, the Ariya was developed as a core product and an icon for the brand going forward. In fact, Nissan is introducing at the same time a new logo with a simplified, more modern look. On future EVs, this logo will be illuminated by 20 LEDs to signal Nissan’s electrified shift.

As an embodiment of what the automaker calls “Timeless Japanese Futurism,” the Nissan Ariya was designed to put a show car in driveways. Furthermore, the idea was to convey the pureness and power of the electric drivetrain in the exterior and interior design. This translates into a highly aerodynamic profile and a spacious, relaxing cabin—kind of like the Shinkansen bullet trains in Japan.

The use of an all-new electric platform called Alliance gave designers a lot of freedom. Of course, the battery placement under the floor and the missing transmission tunnel allow for more legroom as in other EVs, but here’s another example: the climate control system is mounted under the hood, which created space for an innovative centre storage box with a fold-out tray that doubles as a mobile office or on-the-go picnic table.

Elsewhere, the adjustable centre console can be moved to suit the driver’s personal preference and saved as part of the driver’s profile for automatic adjustment in future outings. The surface hosts a new shifter that fits in the palm of the hand as well as haptic drive mode controls. Similar haptic buttons can be found on the woodgrain dashboard, contributing to the futuristic aspect of the interior environment.

As for performance, the Ariya will offer front-wheel-drive and all-wheel-drive variants in addition to a choice of two batteries, with 321-482 kilometres of range and 214-389 horsepower. It’s not clear yet whether all of them will be available in Canada.

With the new Rogue and Ariya, Nissan appears to have proper weapons to accomplish its mission throughout this new decade. 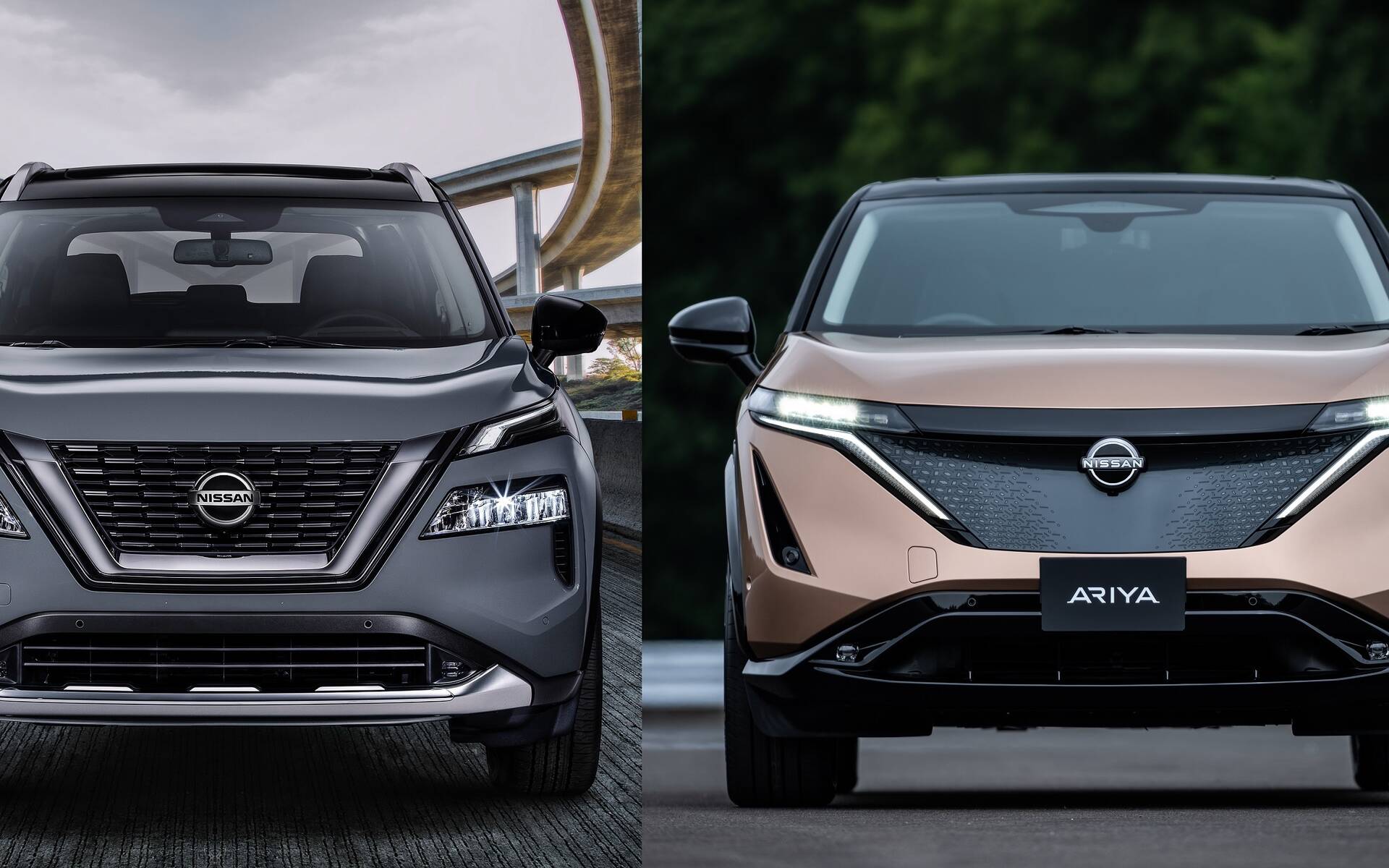 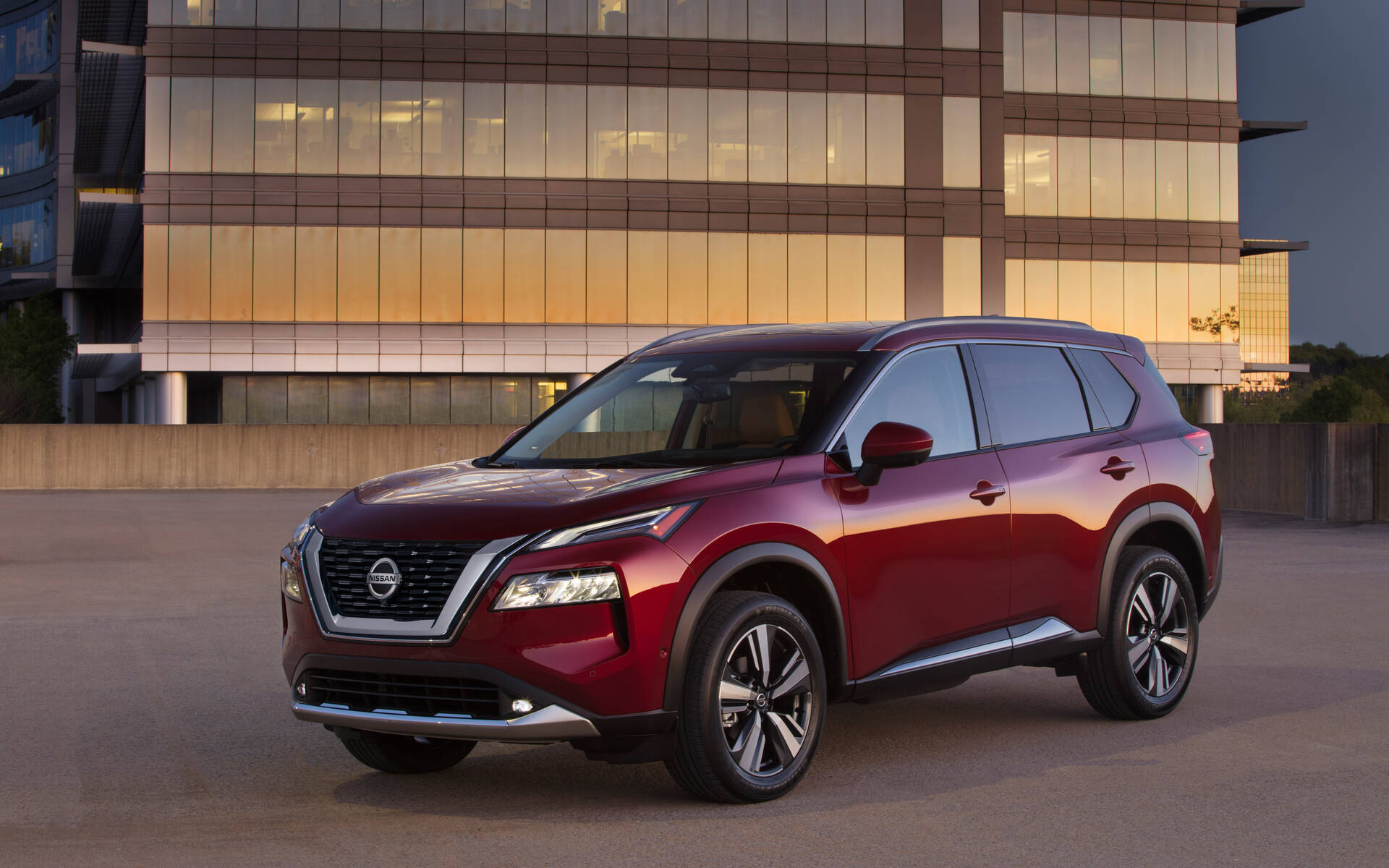 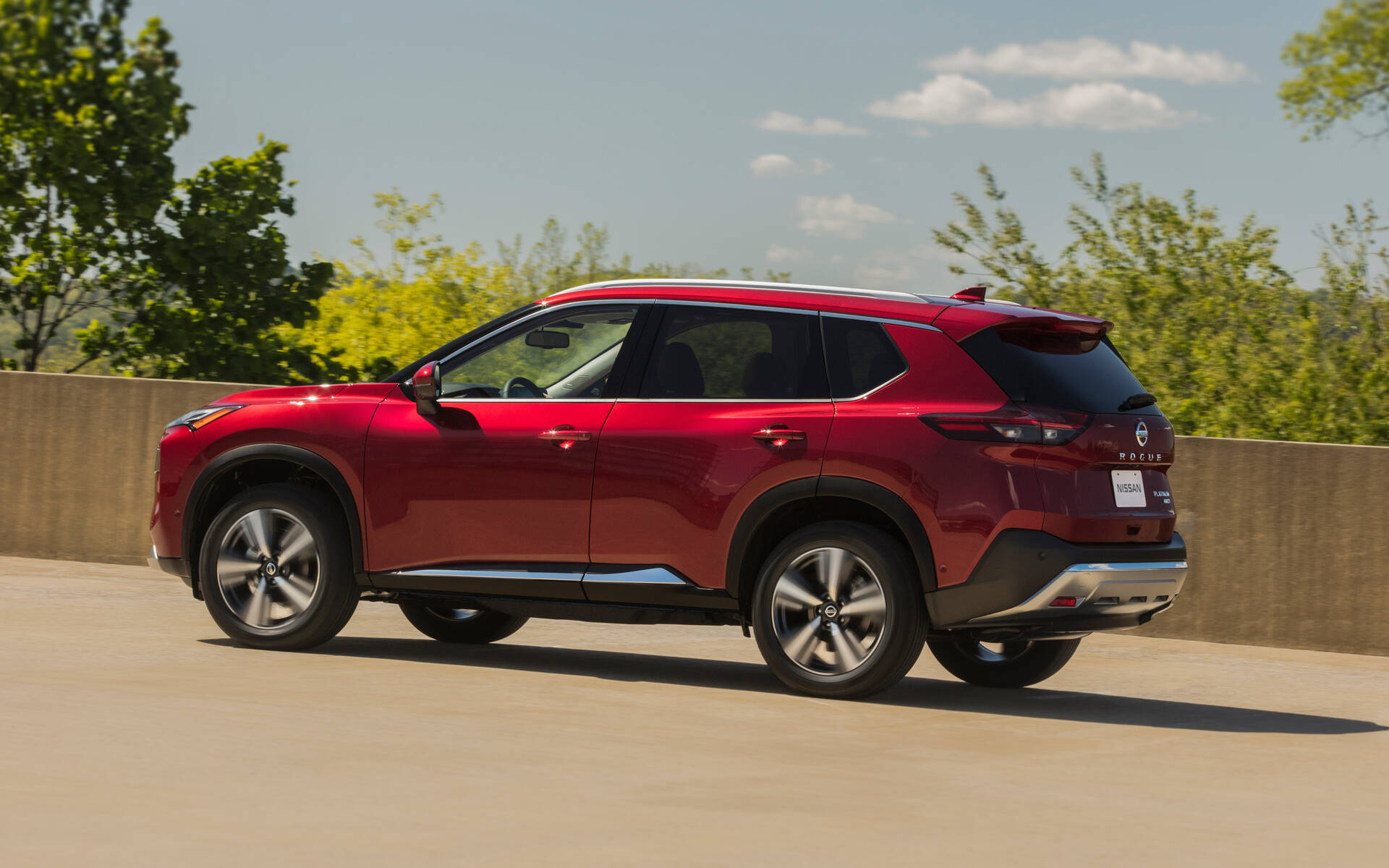 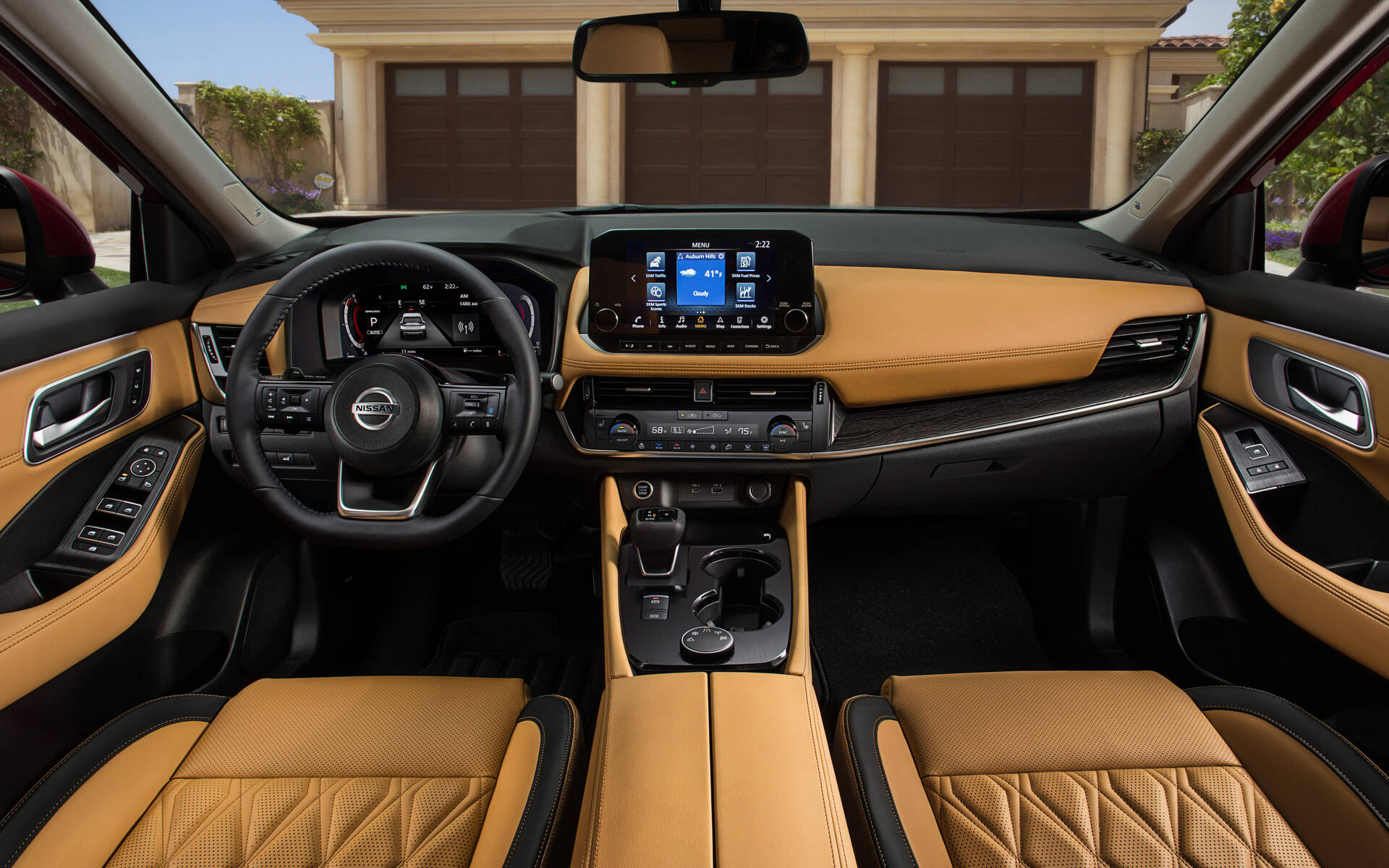 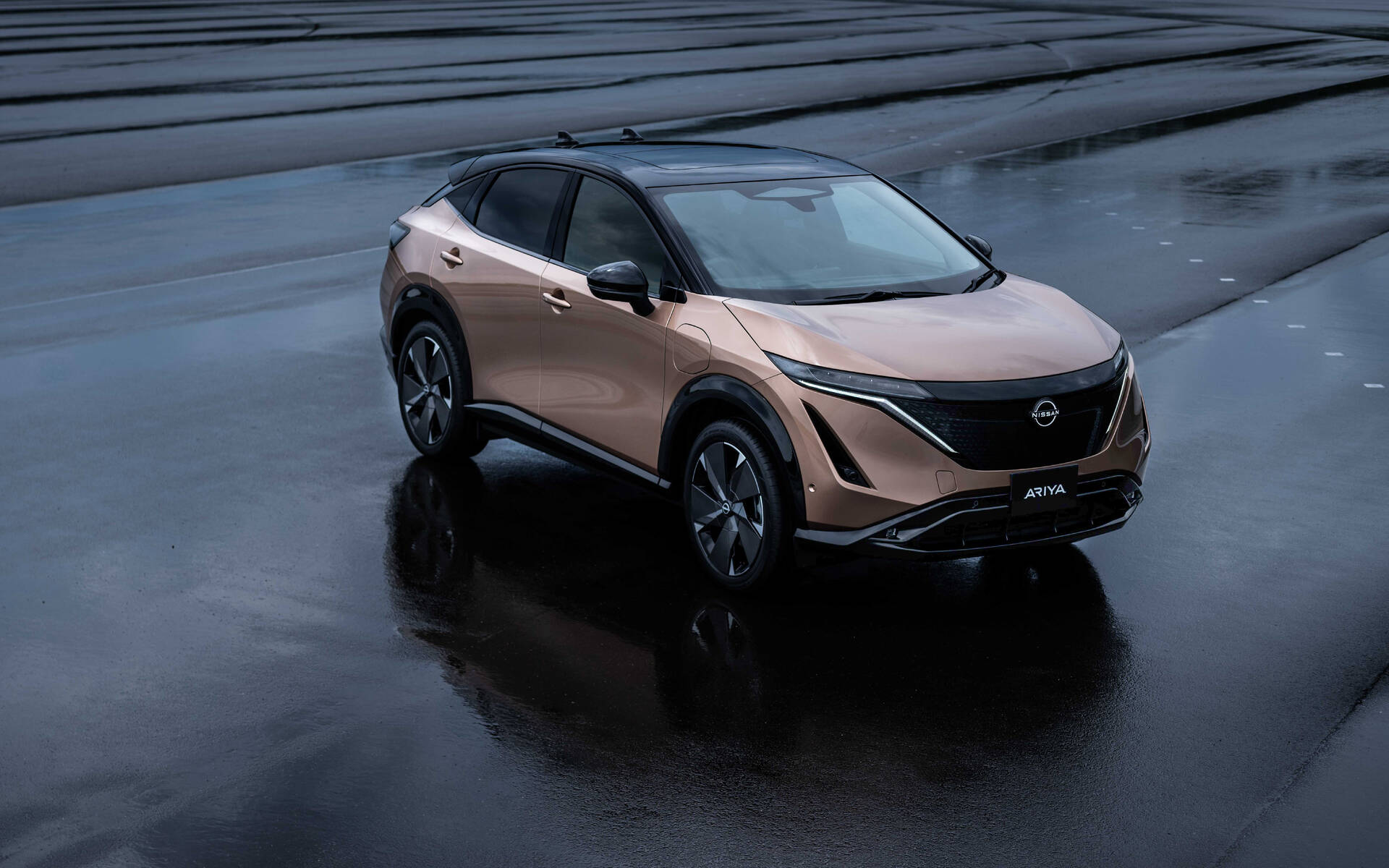 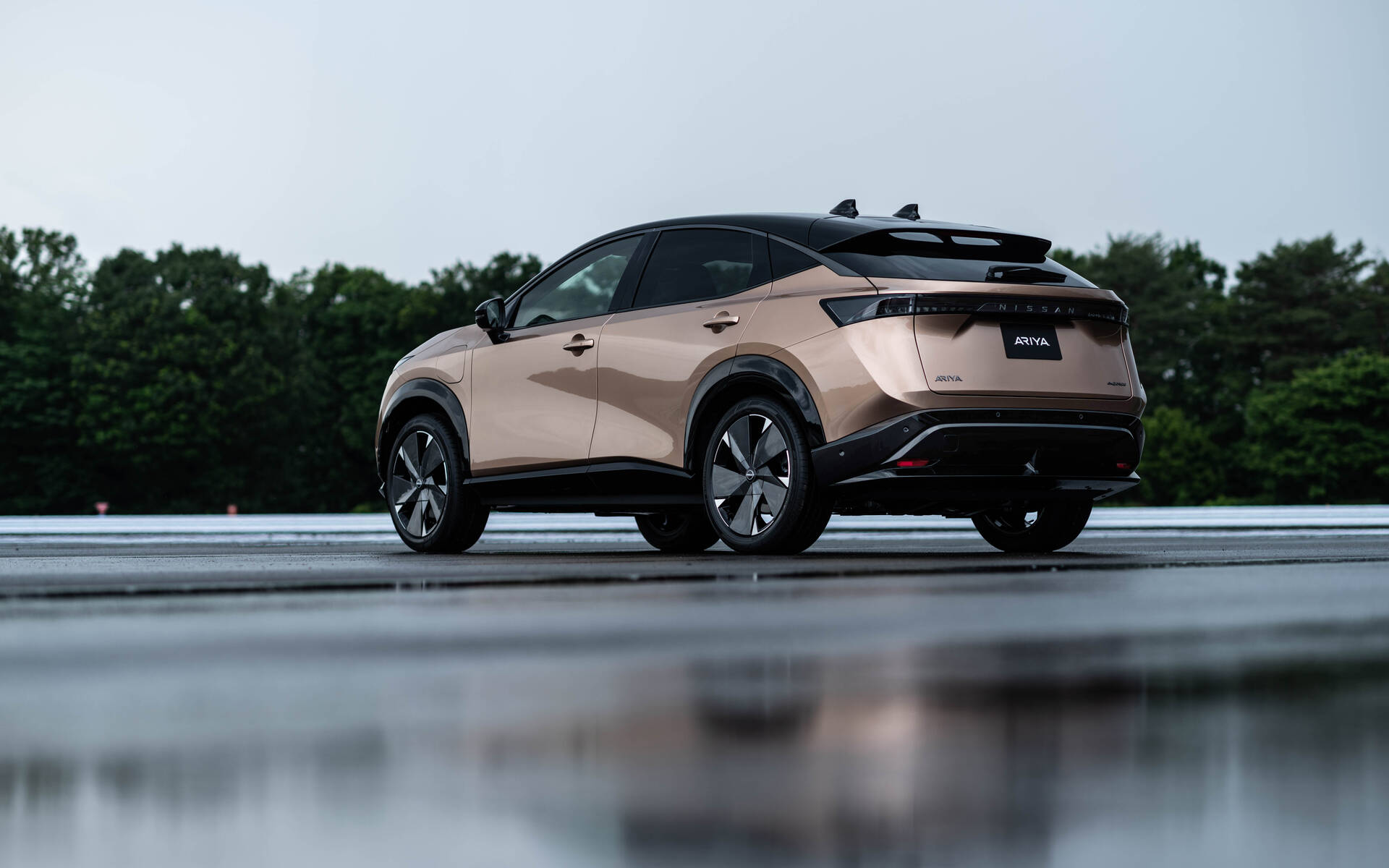 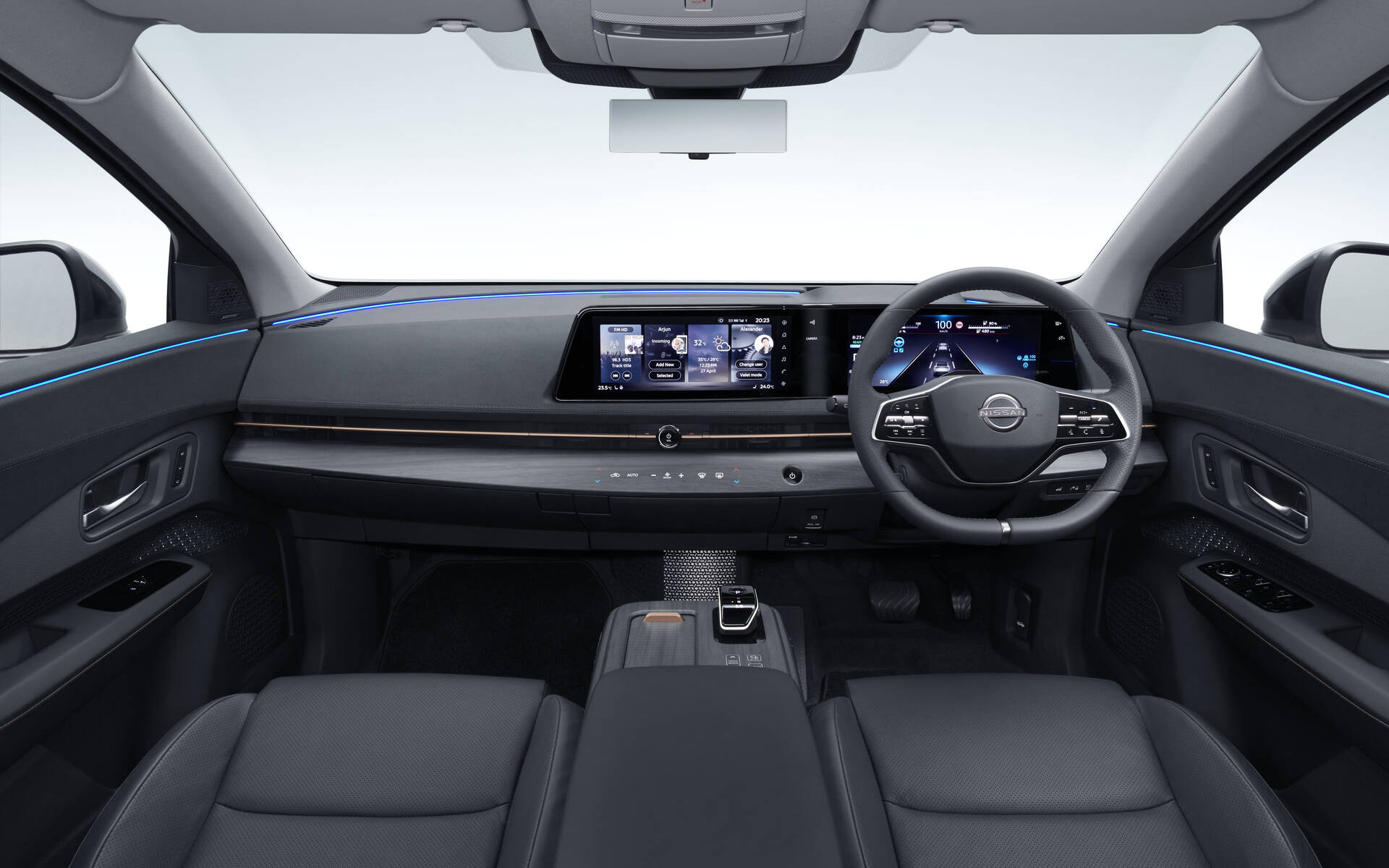