Less than a month after unveiling the 14th generation of its venerable F-150 pickup, Ford made another big statement with the introduction of the all-new 2021 Bronco. It’s not just an SUV; it’s also a family of vehicles with their own unique logo and DNA.

A new slogan, “Built to Conquer,” expresses Ford’s desire to cater to adventurers and outdoor enthusiasts. In the U.S., Bronco customers will even get the opportunity to attend a special “Off-Roadeo” training program (the possibility to offer it in Canada as well is still being considered).

Waging War Against Jeep
Heavily inspired by the original Bronco (1966-1978), the latest generation is an authentic four-wheeler designed, engineered and built to defeat the iconic Jeep Wrangler. It offers two-door and four-door configurations (a first in Bronco history), while the doors and roof can be removed.

The design combines classic and modern elements in a playful, almost concept-like form—not unlike the new Land Rover Defender. Inside, the adventure-ready cabin features rubberized flooring that is easy to wash, plus a number of big, driver-friendly physical controls. It’s also future-proof with an available 12-inch touchscreen powered by SYNC 4, Ford’s latest infotainment software.

This sounds very exciting, just like the fact that a new seven-speed manual transmission can be specified (a 10-speed automatic is optional). And then there’s a G.O.A.T. terrain selector. That well-known acronym normally stands for “Greatest of All Time,” but in this case it means “Goes Over Any Terrain.” Pretty cool.

Don’t Forget the Bronco Sport
As mentioned above, Ford wants to develop a new family of models. In addition to the regular Broncos, the automaker is launching the smaller Bronco Sport, which shares its platform and engines with the Escape compact SUV, but comes standard with AWD. It displays plenty of attitude, toughness and versatility, aiming to become a more serious alternative to the Jeep Cherokee.

Customization is one of the strengths of the Bronco Sport according to Ford, with over 100 optional accessories to choose from. The rear quarters can be turned into a small office table or kitchen counter in a flash, which is another thing that outdoor lovers will surely appreciate.

Four models are part of the lineup, with prices starting at $32,199. In this case, the wait will be shorter: the Bronco Sport is slated to arrive in Canadian dealerships by the end of this year. Giddy up! 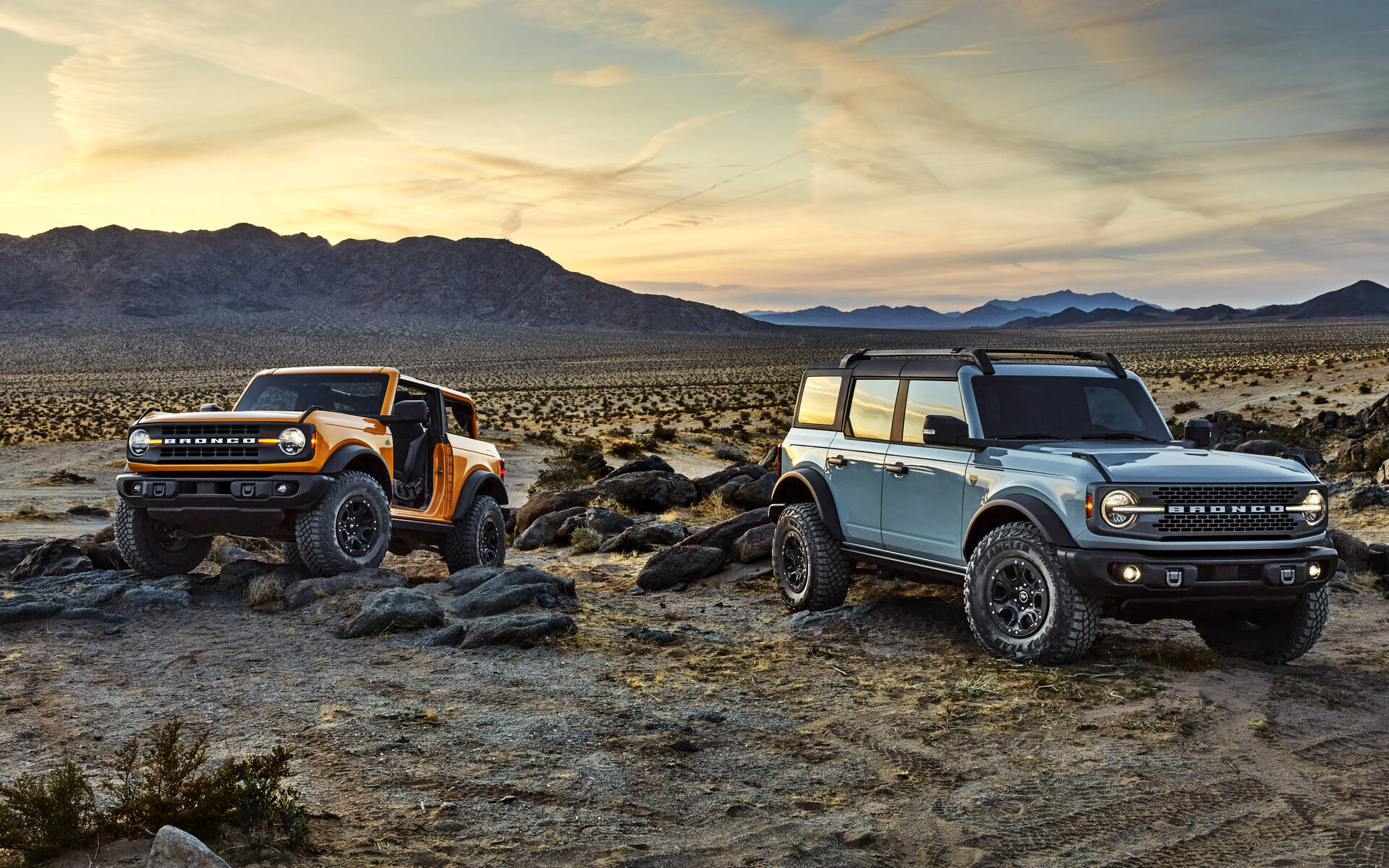 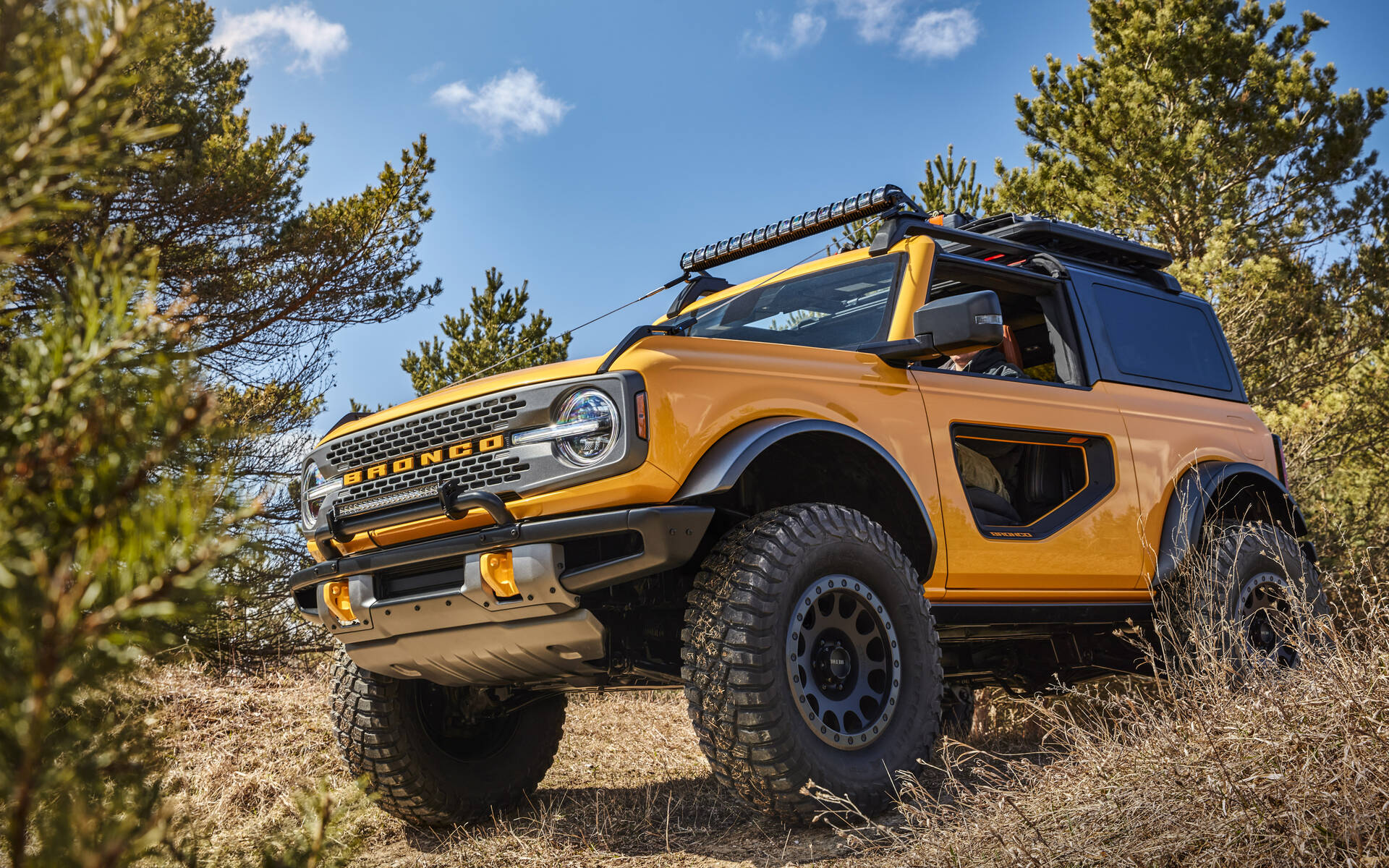 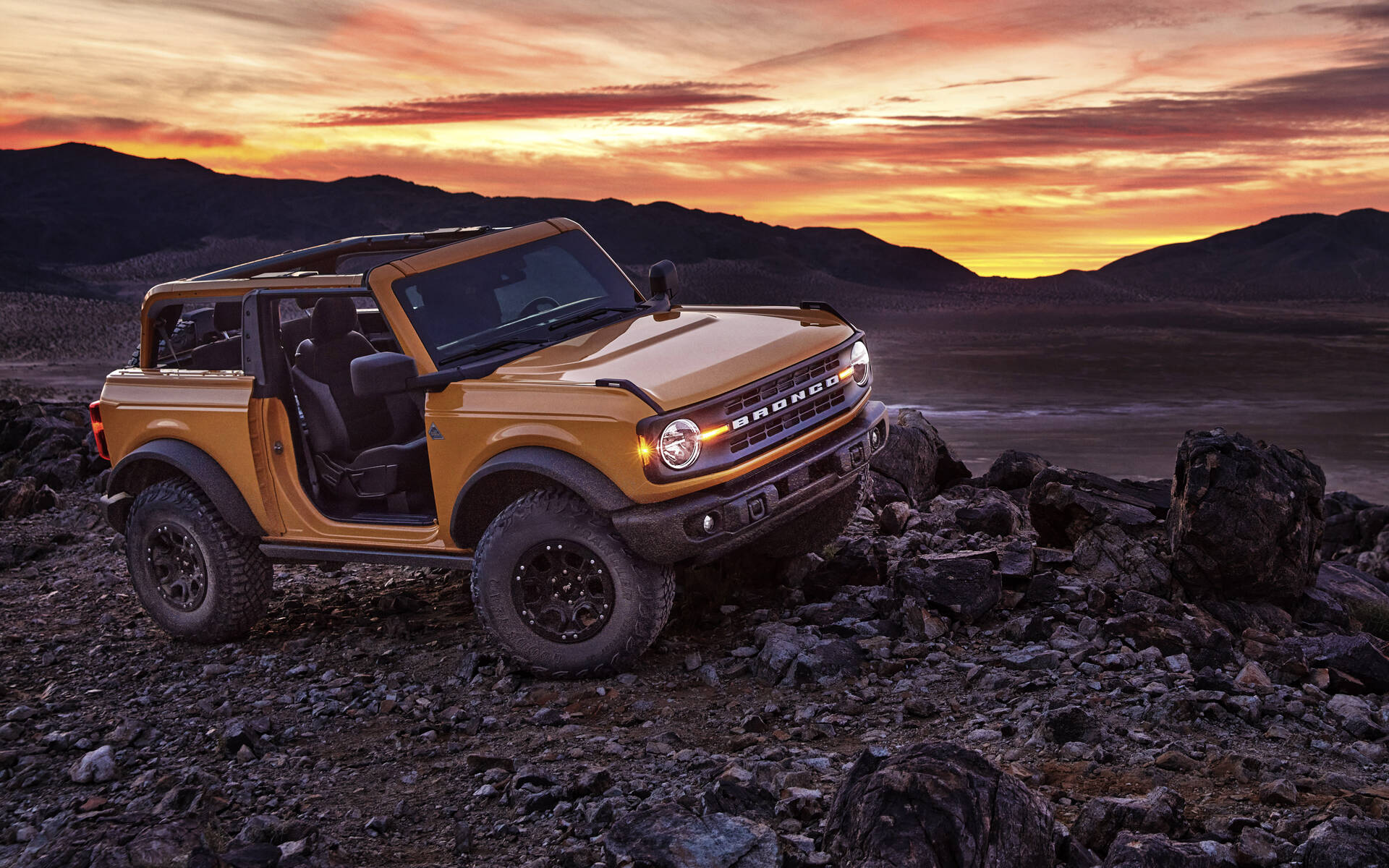 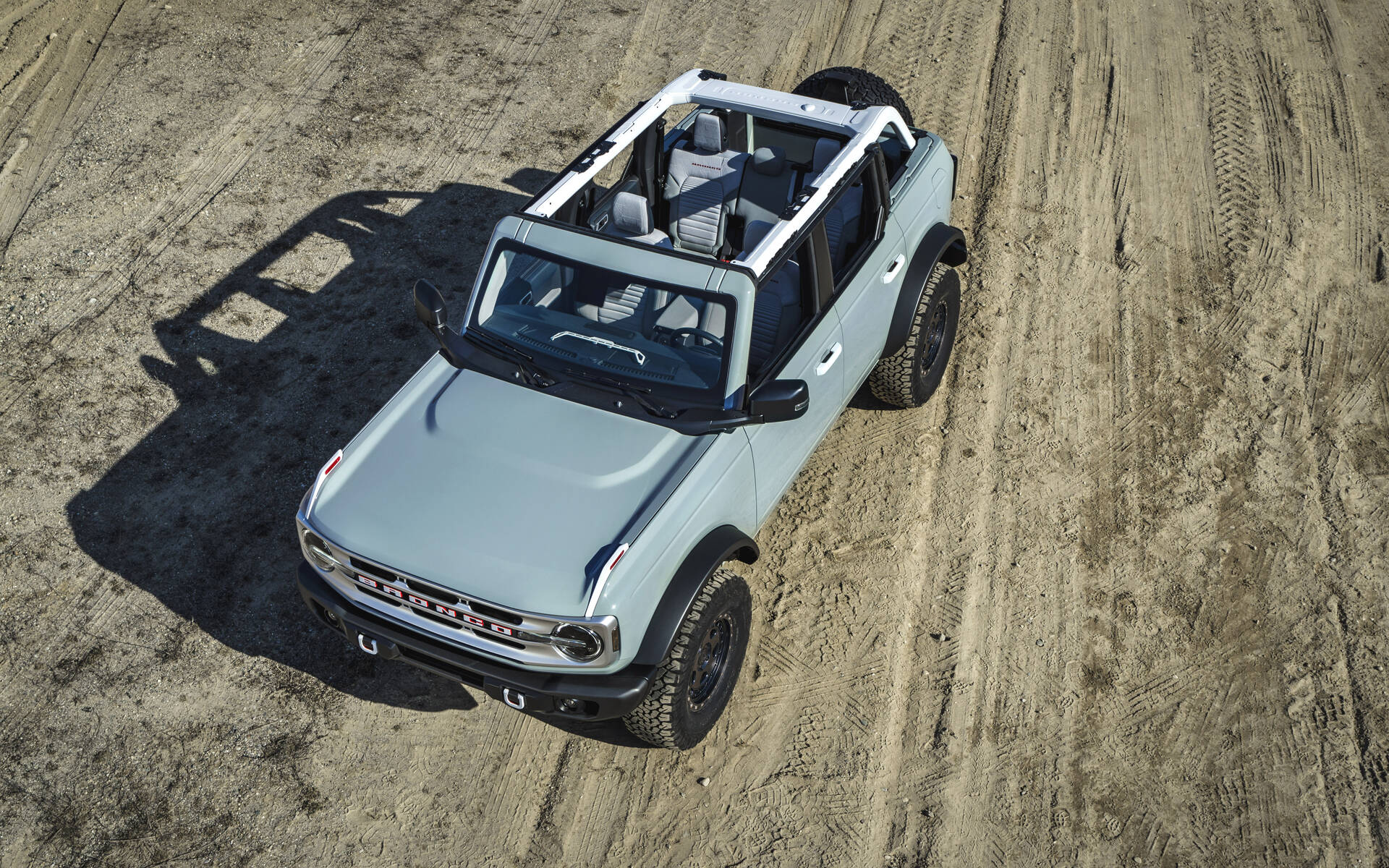