The Montreal International Auto Show is in full swing. We’ve already listed five good reasons to attend the event at the Palais des congres, but of course there is a lot more to see and discover.

As you walk around the show floor and explore the various sections, you’ll come across an incredible number of brand new models and other remarkable vehicles. Here are 10 you definitely should not miss…

2020 Chevrolet Corvette
All hail the queen! Just a few days after being crowned the 2020 North American Car of the Year, the eighth-generation Corvette made its Canadian debut at the Montreal Auto Show. For the first time since the introduction of this iconic model in 1953, the engine sits behind the cockpit instead of under the hood. We’re talking about a naturally aspirated V8 that cranks out 495 horsepower.

2021 Ford Mustang Mach-E
One of the stars of the 2020 Montreal Auto Show is definitely the all-new 2021 Mustang Mach-E electric crossover that Ford revealed last fall. Borrowing a number of design cues from the legendary Mustang, the Mach-E propels the Blue Oval brand into a new era of mobility. It offers as much as 475 kilometres of zero-emission range and up to 459 horsepower.

2020 Ford Mustang Shelby GT500
The other part of Ford’s one-two punch in Montreal is the fearsome, 760-horsepower Mustang Shelby GT500, a car that draws stares from every performance enthusiast in attendance. How can you not be impressed with this supercharged muscle car that goes from 0-100 km/h in about 3.5 seconds?

2020 Porsche Taycan
This electric sports sedan from Germany was one of the top new models introduced last year and it’s quite a sight to behold from up close. The Taycan also happens to generate up to 751 horsepower and accelerate from 0-100 km/h in as little as 2.8 seconds. The future at Porsche will be electrifying to say the least!

2020 Mazda CX-30
While sales of the new Mazda3 have underwhelmed so far, that won’t be the case of the all-new CX-30, a stylish crossover that will slot between the CX-3 and CX-5. It offers more room than the former and the same powertrains as the latter in a competitively priced package.

2021 Toyota RAV4 Prime
Toyota vehicles are extremely popular in Quebec, with the RAV4 compact SUV leading the way. Add a sophisticated plug-in hybrid system similar to the one in the Prius Prime—but with longer EV range (60 km)—and you get a powerful and efficient family hauler. The RAV4 Prime will go on sale this summer. Will Toyota be able to meet demand?

Hyundai 45
Hyundai came to this year’s Montreal Auto Show with a North American premiere. The 45 concept celebrates the 45th anniversary of the Korean automaker’s first car, the Pony. It’s a retro-looking machine that hints at the future design direction for Hyundai electric vehicles.

Pagani Huayra Roadster
One of the two stars on display at the Black Box exhibit is the Pagani Huayra Roadster, a marvel of design and engineering worth $4.5 million. The carbon fibre body, titanium structure and aluminum mechanical components are assembled with world-class quality and attention to detail. This supercar also boasts a twin-turbo, 6.0-litre V12 engine that produces 753 horsepower.

Genesis Mint
The cute little Mint concept makes its Canadian debut at the 2020 Montreal Auto Show. It’s a two-door coupe with a fully electric powertrain. The lines are so sleek, the interior is so thoughtfully designed and the door opening mechanism is so spectacular that The Car Guide named it the 2020 Design of the Year. 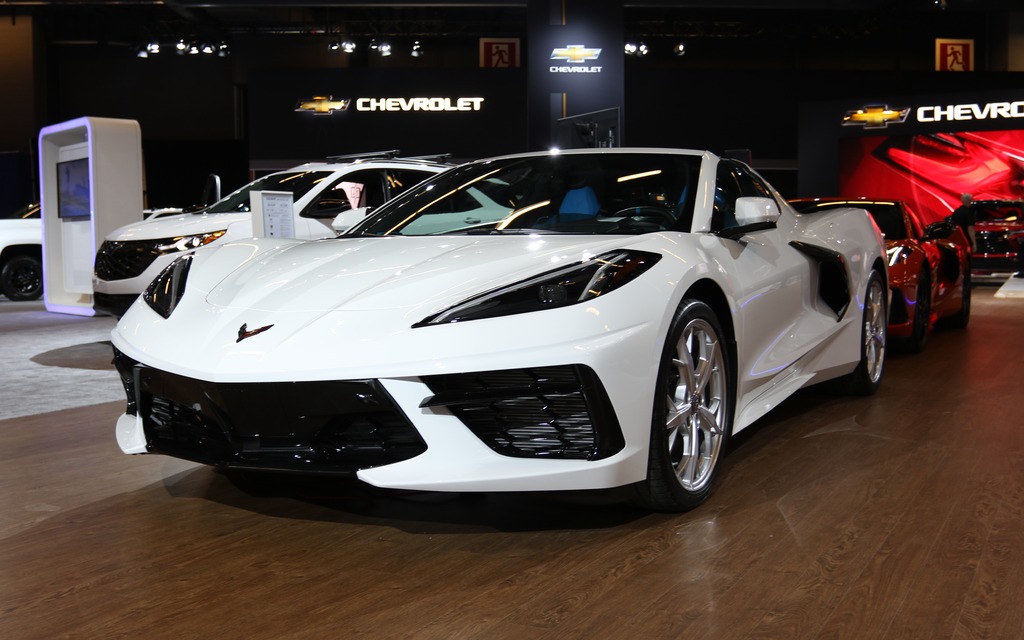 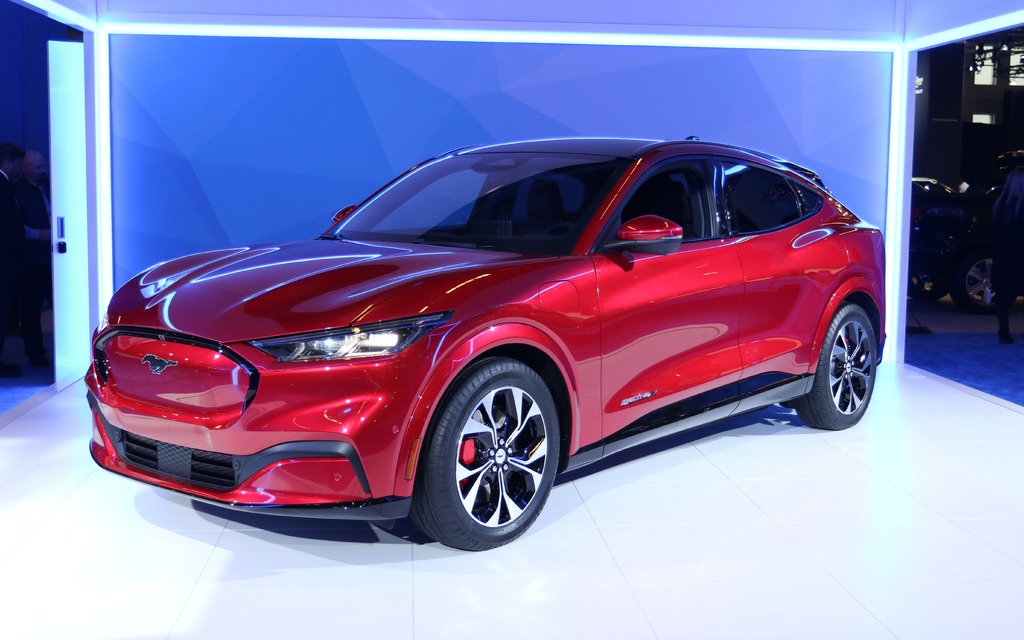 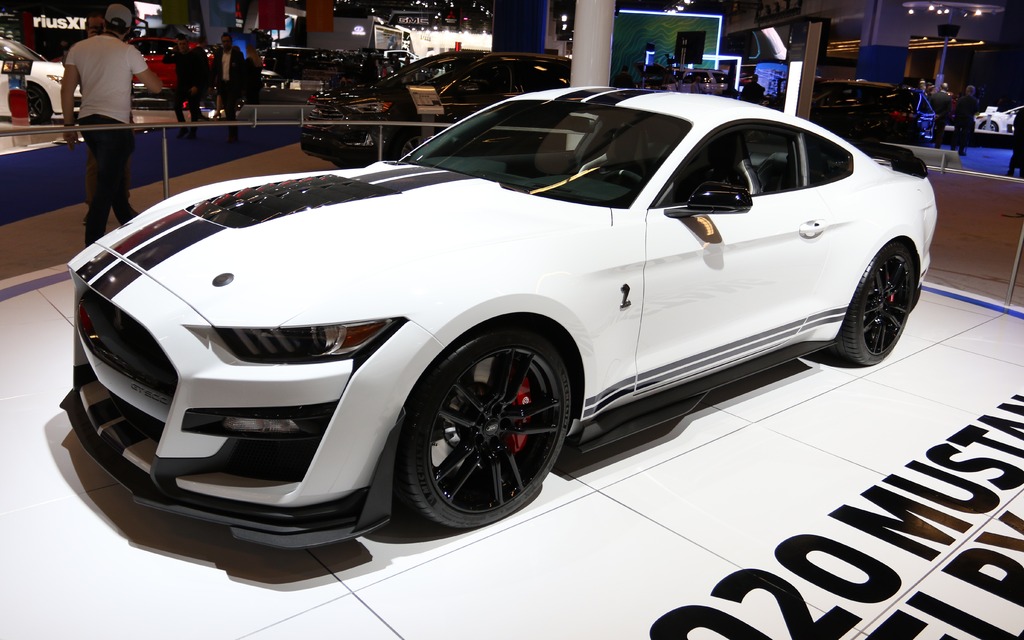 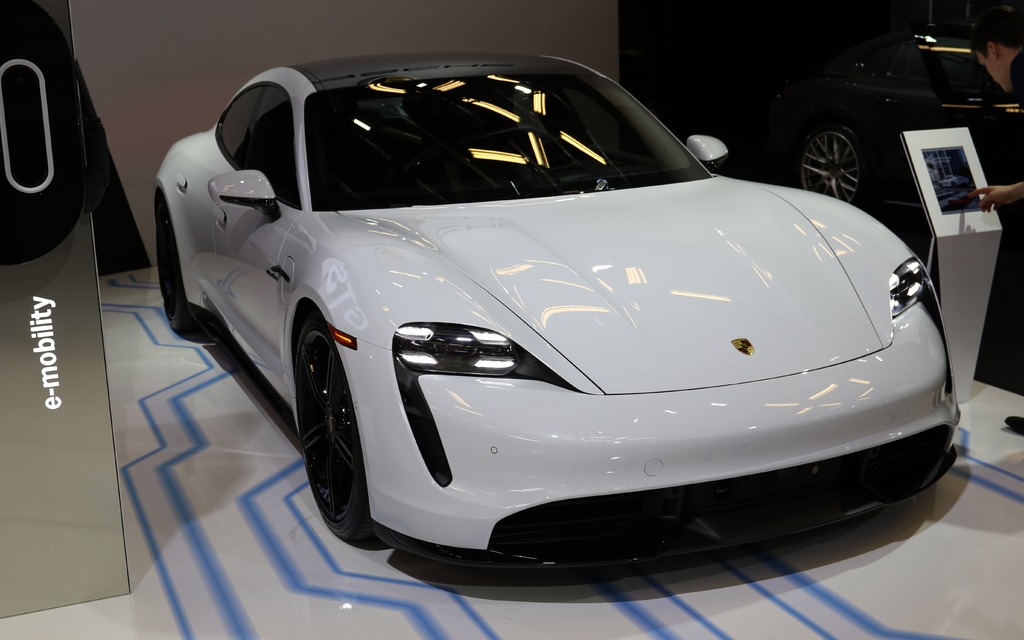 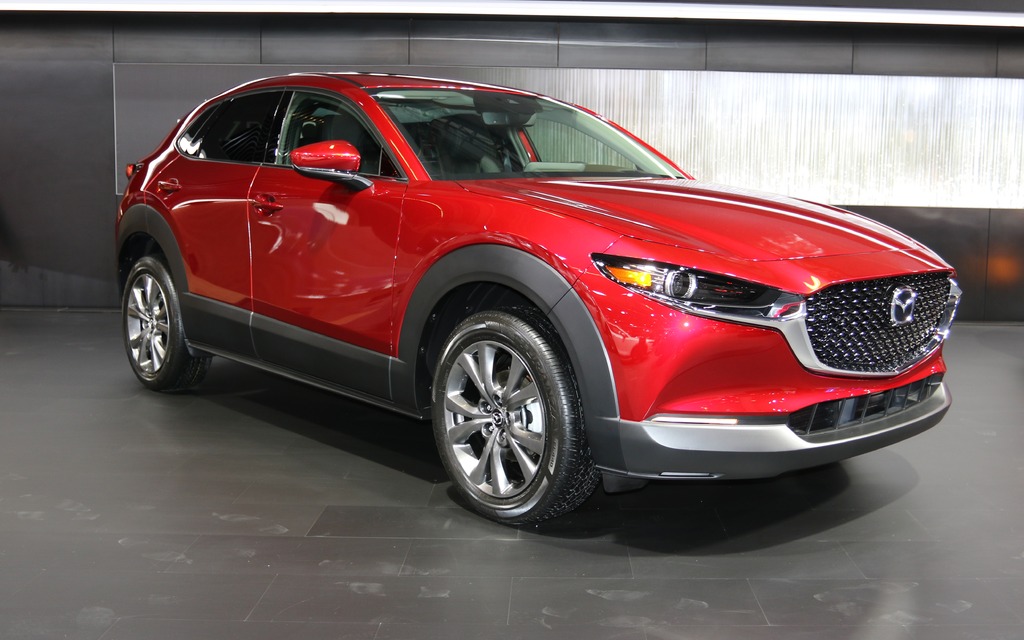 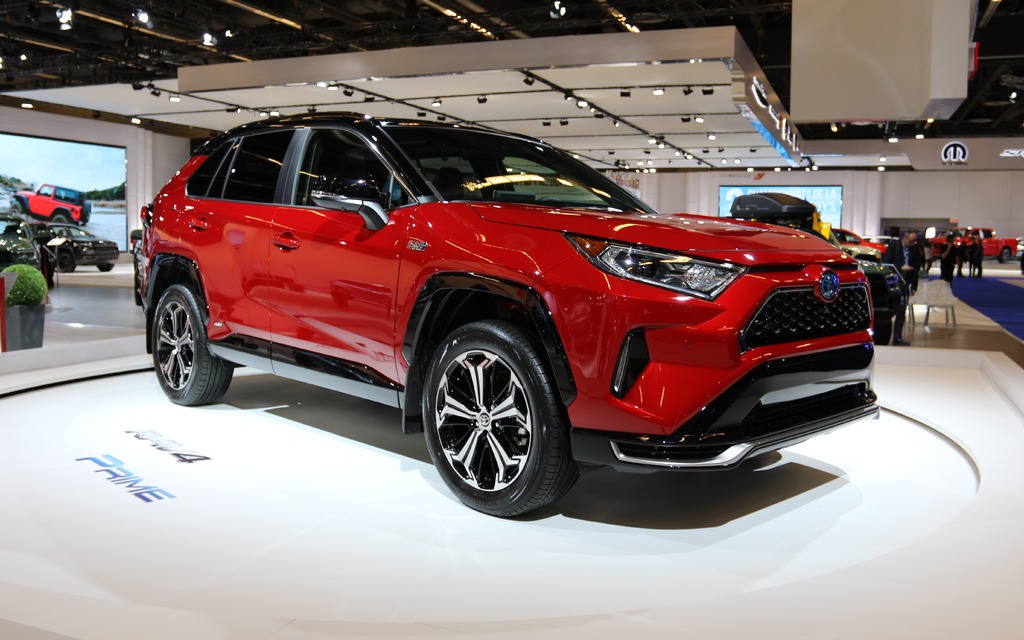 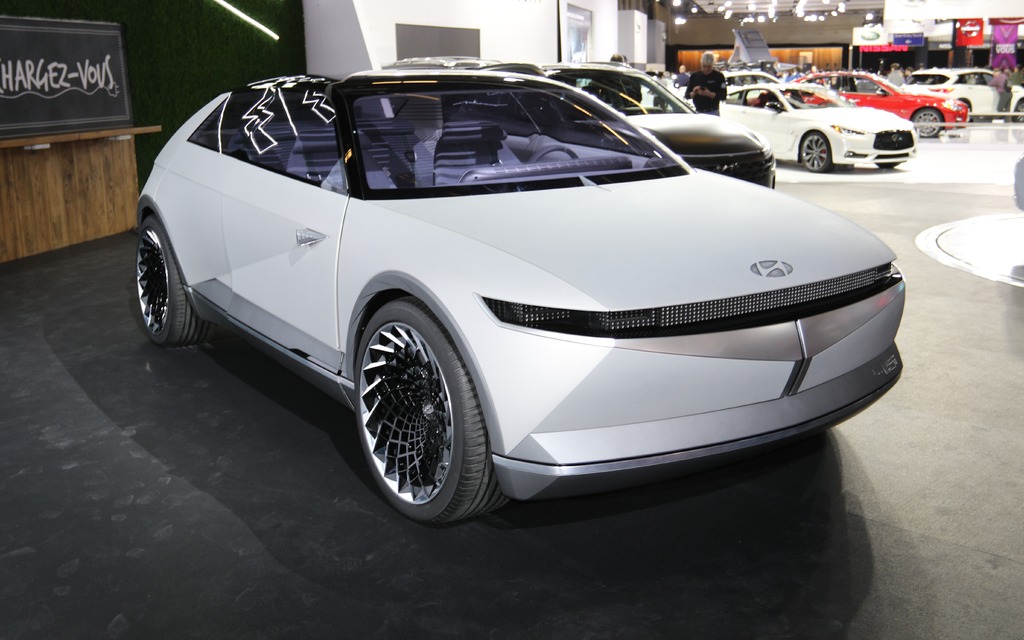 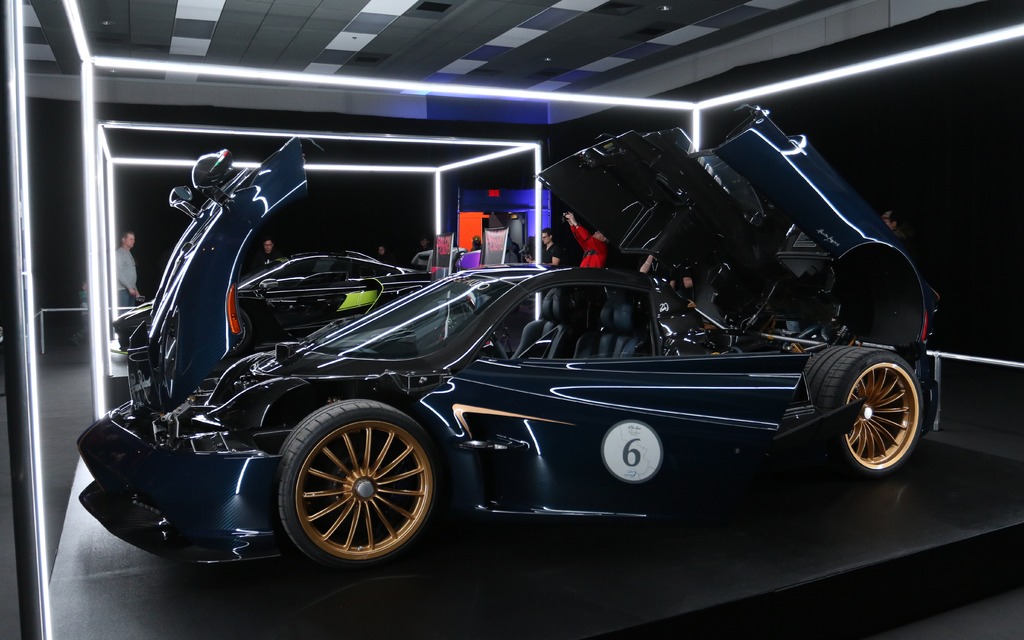 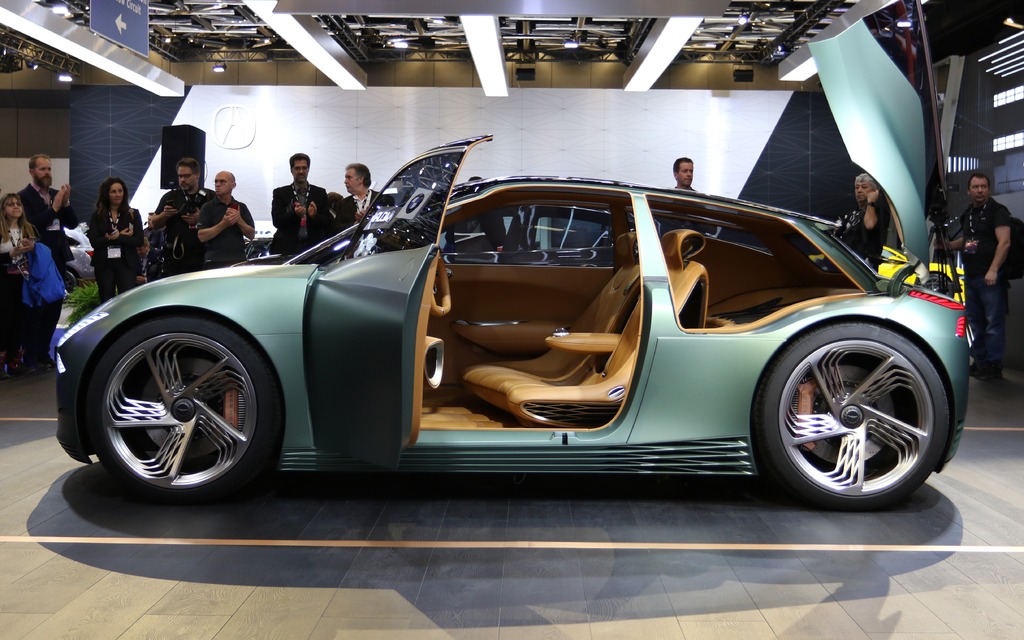