After looking at the best concepts of 2019 last week, we now turn our attention to the top 10 production models that made their debuts this year.

2020 Toyota GR Supra
Toyota kicked off the new year with a bang. The all-new GR Supra premiered in Detroit and made its Canadian debut at the Montreal Auto Show just a few days later. It uses a BMW-sourced, turbocharged inline six-cylinder engine that cranks out 335 horsepower and 365 pound-feet of torque. The legend lives again.

2020 Ford Explorer
The SUV craze in 2019 began with the reveal of the next-generation Ford Explorer, which also celebrated its Canadian premiere in Montreal. This American icon is full of advanced technologies and boasts a 400-horsepower, twin-turbo V6 engine in ST trim.

2020 Chevrolet Corvette
Tradition be damned! The all-new Corvette is quite a sight to behold. The breathtaking front fascia, the exquisite proportions that mark a radical departure from previous generations and the mid-mounted engine seen through an exotically styled glass panel blew away the 1,500 guests during the big reveal that took place in California this summer. The naturally aspirated 6.2-litre V8 delivers up to 495 horsepower via a dual-clutch transmission—no manual gearbox this time.

2020 Mazda CX-30
After making its global debut in Geneva back in March, the all-new Mazda CX-30 landed in North America at the Los Angeles Auto Show this fall. Slotting between the CX-3 and CX-5, it’s a bigger, sexier and more upscale version of the former while featuring the same engines as the latter. If you want a more adventurous Mazda3, this is it!

2020 MINI Cooper SE
The Cowley plant near Oxford, England hosted the world premiere of the first all-electric MINI Cooper. This car is motivated by a 181-horsepower motor and its lithium-ion battery enables a range of more than 200 kilometres. The MINI Cooper SE will go on sale in Canada on March 7 starting at $39,990.

2020 Porsche Taycan
A direct response to the Tesla Model S, the all-new Porsche Taycan finally debuted this year in Turbo, Turbo S and 4S trim (odd names for an all-electric car). Peak output is rated at 751 horsepower thanks to an overboost function, while acceleration from 0-100 km/h is clocked at 2.8 seconds. The available range is 380-450 kilometres based on the WLTP standard, but you can expect less than that in North America.

2021 Lotus Evija
Inspired by Le Mans race cars, the highly anticipated Lotus Evija made its global debut in London this summer as the first hypercar from Lotus and the company’s first model with an electrified powertrain. The specs are incredible: 1,973 horsepower, a weight of just 1,680 kilograms, acceleration from 0-100 km/h in under three seconds, a top speed of more than 320 km/h, a range of 400 kilometres, etc.

2021 Aston Martin DBX
Described as “the SUV with the soul of a sports car,” the Aston Martin DBX promises unprecedented style and versatility. It is powered by a new version of the twin-turbocharged 4.0-litre V8 engine found in the DB11 and Vantage, generating 550 horsepower and 516 pound-feet of torque. The DBX sprints from 0-100 km/h in 4.5 seconds.

2021 Ford Mustang Mach-E
More than the 760-horsepower Shelby GT500 unveiled at the beginning of the year, the Mustang Mach-E shocked the world when it debuted in Los Angeles. More than 50 years after the spectacular debut of the original Mustang, here comes an all-new, radically different version powered by either a single- or dual-motor system. It provides a maximum range of 475 kilometres and will start at a reasonable $50,495 in Canada.

2022 Tesla Cybertruck
Are you surprised? This revolutionary, concept-like electric pickup nearly broke the Internet when it debuted in November. Some applaud the bold design, while others find it plain ugly. The Cybertruck impresses with a base price of just $39,900 USD and a maximum range of 800 kilometres in top trim. 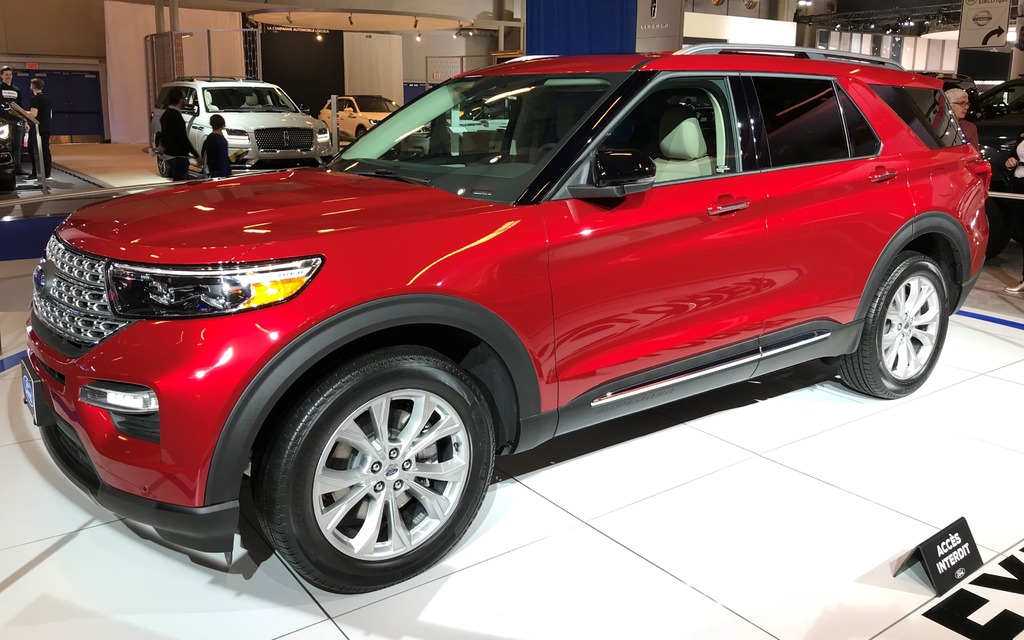 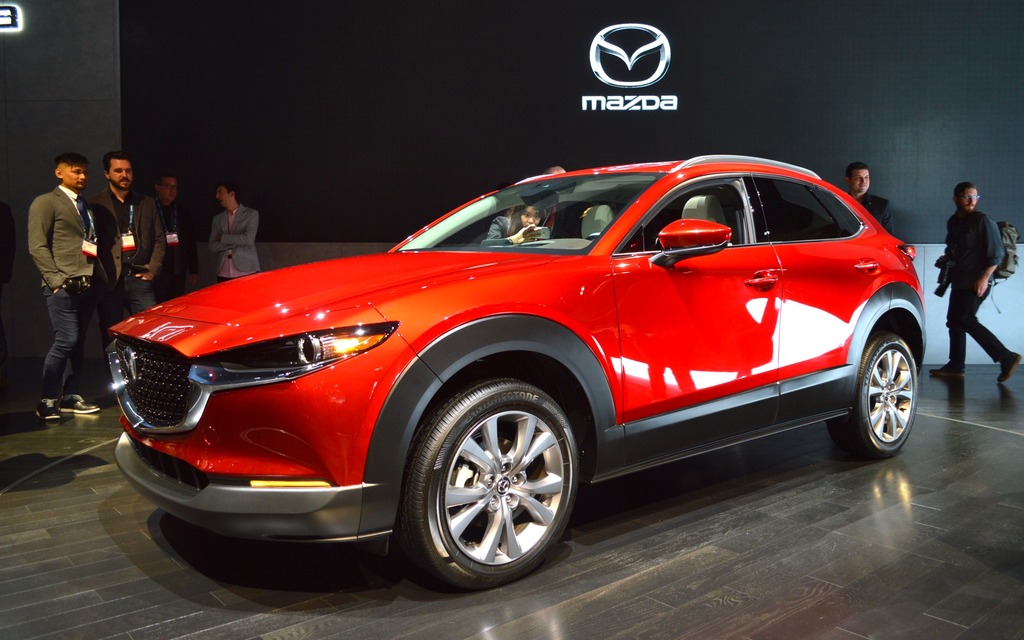 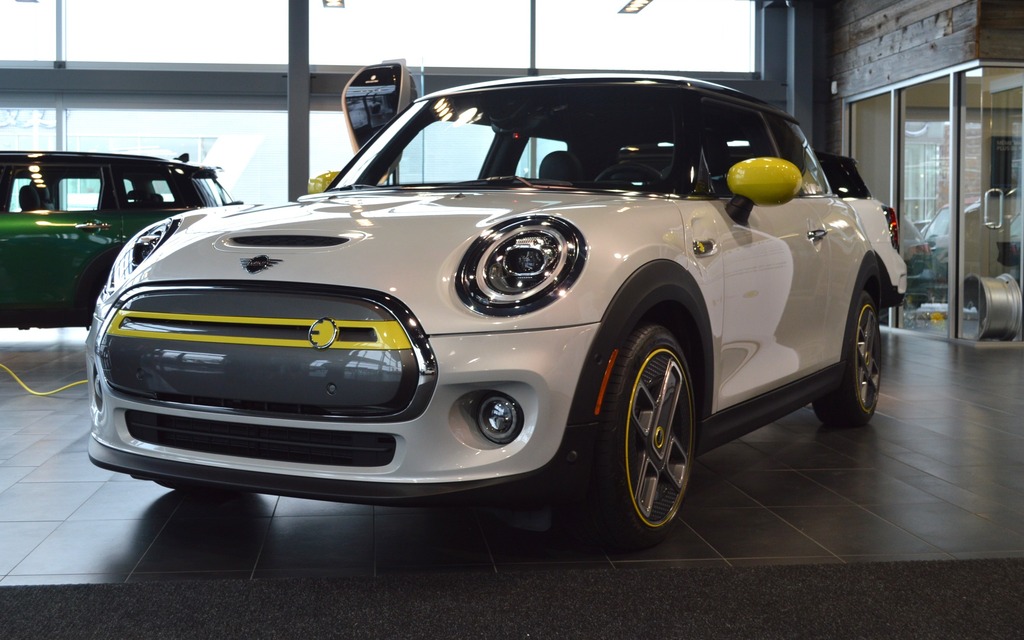 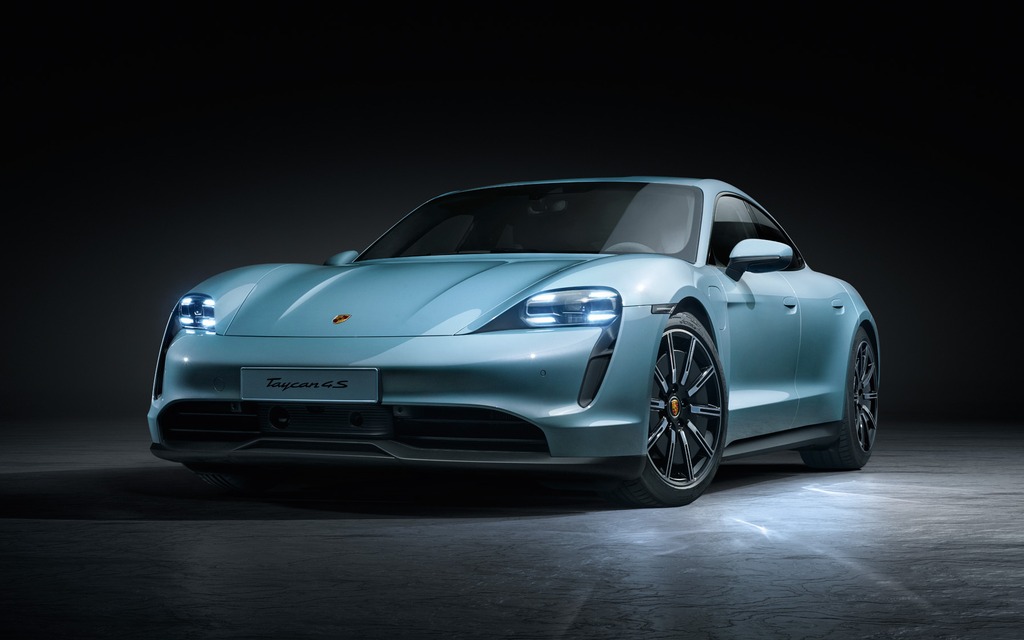 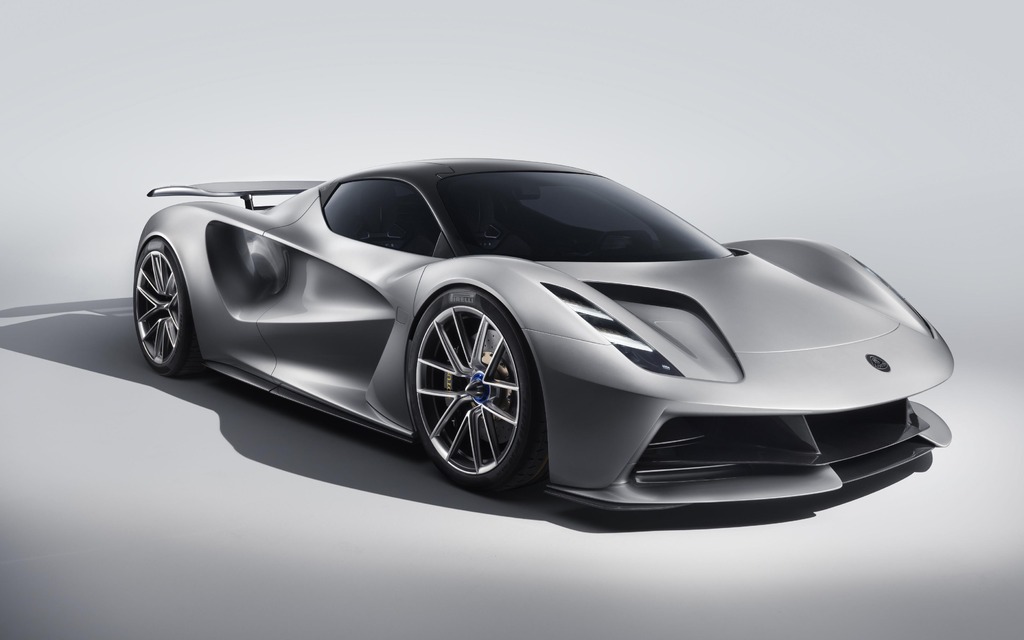 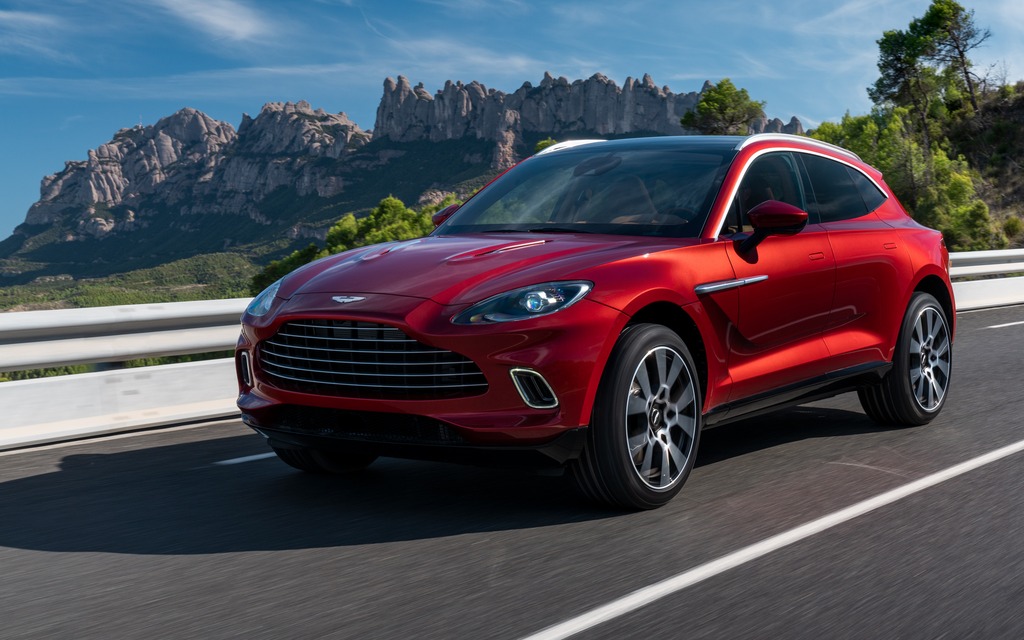 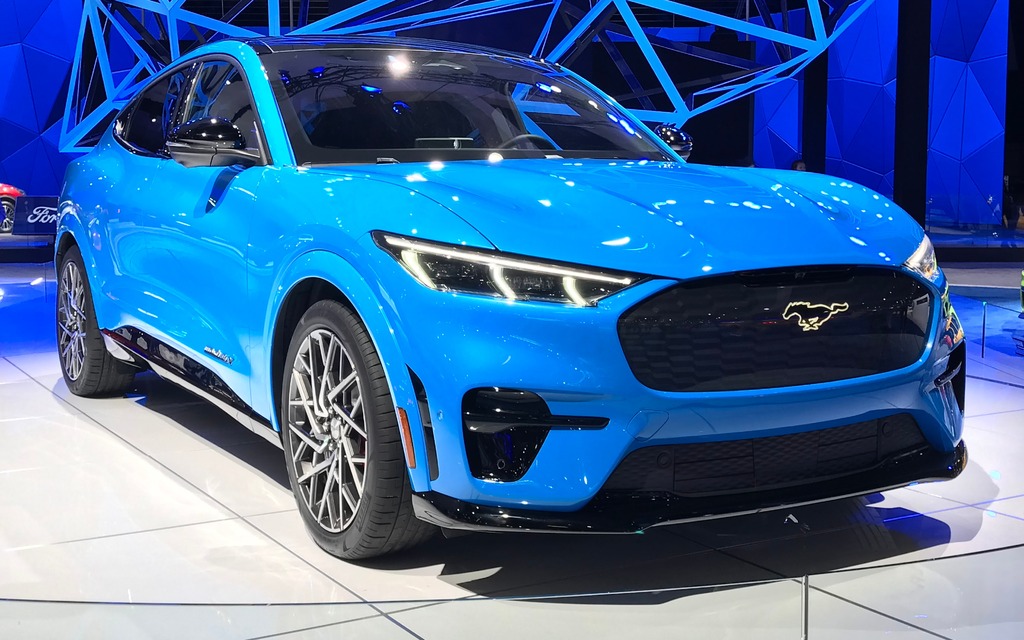 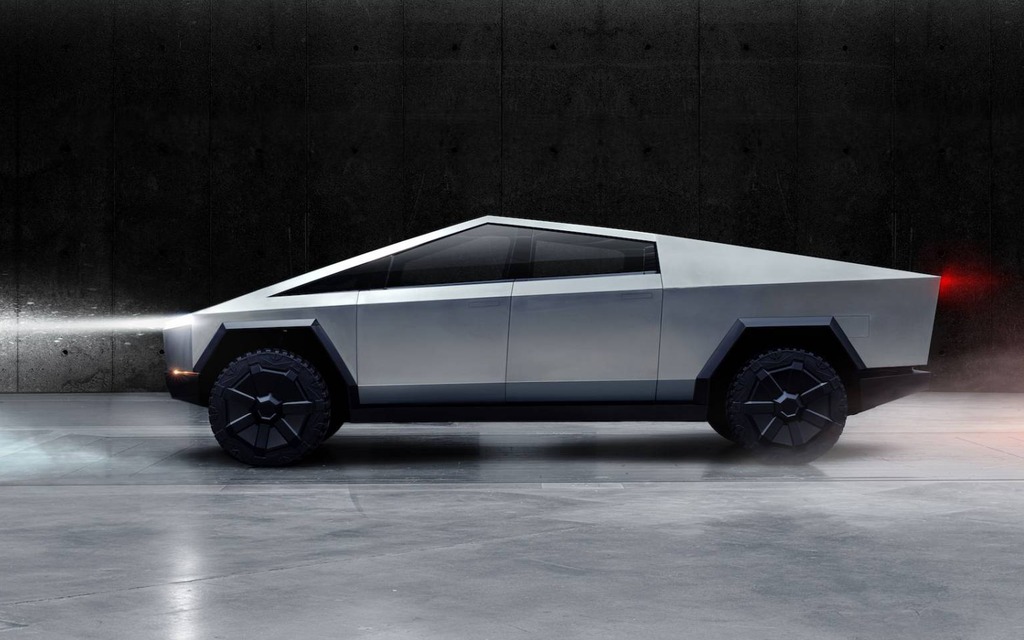