This year’s auto shows certainly did not disappoint when it comes to concepts. Some of them are a preview of upcoming production models, but most are total stunners that impress with their radical design and futuristic technologies.

Infiniti QX Inspiration
One of the vehicles making the biggest splash at the 2019 Detroit Motor Show was the QX Inspiration, the concept that will inspire Infiniti’s first electric SUV. It also represents the new look for Infiniti products. No specs were provided, but the company developed a similar vehicle for the Nissan brand that offers a range of more than 500 kilometres.

Hyundai Elevate
The Consumer Electronics Show (CES) wowed visitors with the Hyundai Elevate Concept, which looks eerily similar to the scary robot from the Black Mirror series. It’s designed to help emergency personnel in the event of natural disasters, for example.

Mercedes-Benz Vision Urbanetic
Mercedes-Benz chose the 2019 CES to host the North American debut of the Vision Urbanetic concept developed by its truck division. The skateboard-style, fully autonomous electric platform can be coupled with either a cabin module to transport occupants or a cargo module to move goods. What a beautifully strange bubble!

Volkswagen ID. Buggy
Just before the Geneva Auto Show officially opened, Volkswagen made its presence felt with the I.D. Buggy, a modern, pure-electric take on the classic dune buggy. Of course, it was just a design study, but it’s nice to see Volkswagen have a little fun with its upcoming family of electric cars.

Imagine by Kia
Kia says that the best way to answer the many questions and concerns of today’s drivers about electric vehicles is to approach electrification purely from an emotional point of view. This was all embodied by the segment-busting Imagine by Kia concept. The clean and spacious interior is dominated by an out-of-this-world arrangement of no fewer than 21 individual ultra-HD screens that curve their synchronised way across the top of the dashboard.

Genesis Mint
Ultra-compact and quite athletic, the Mint uses a rear-mounted electric motor, offers a spacious cockpit and looks super-sleek. A small electric sports car by Genesis would be pretty unique and would likely sell very well.

BMW Concept 4
The BMW Concept 4 introduced at the Frankfurt Auto Show previews the next-generation 4 Series. All people kept talking about was the giant grille up front. BMW says we’re going to see it a lot on future production cars.

Audi AI:TRAIL quattro
In Frankfurt, Audi hosted the world premiere of a weird-looking concept that might be closer to a Mars rover than an automobile. The Audi AI:TRAIL quattro is a fully electric off-roader with level-4 autonomy… and drones as headlights!

Nissan Ariya Concept
Larger than the Qashqai yet smaller than the Rogue, this crossover stands out with a fully electric powertrain. It features two electric motors and all-wheel drive. Performance and battery output have not been specified, but the range is estimated at 600 kilometres following the WLTP standard used in Europe. The Nissan Ariya Concept will enter production by 2022.

Toyota e-Racer Concept
Also in Tokyo, Toyota president Akio Toyoda introduced the e-Racer Concept, a fully electric roadster with unique styling and the promise that tomorrow’s EVs will be exciting to drive. No technical specs were provided, however. 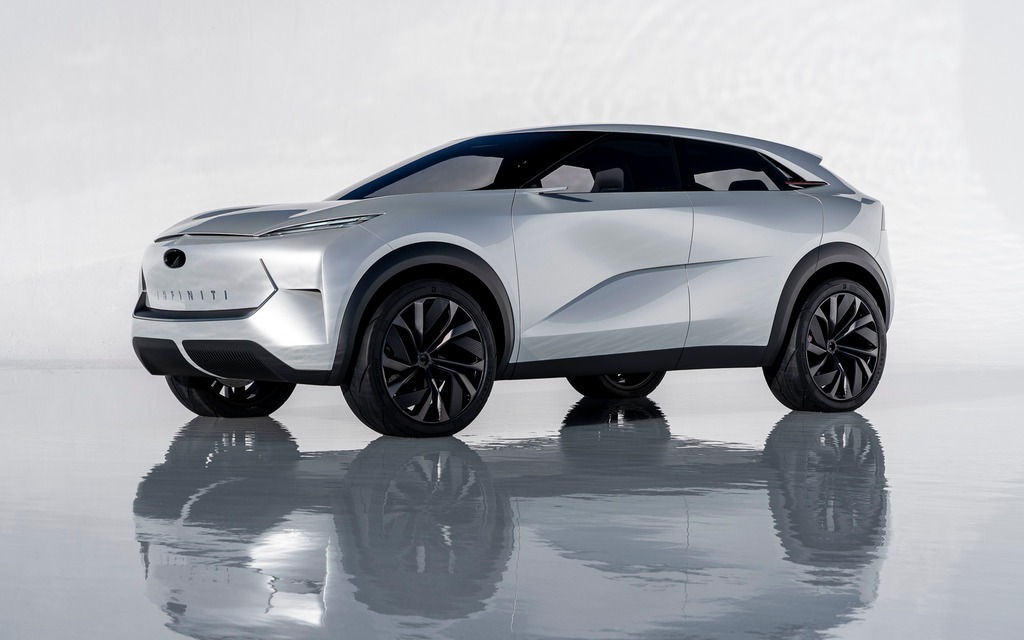 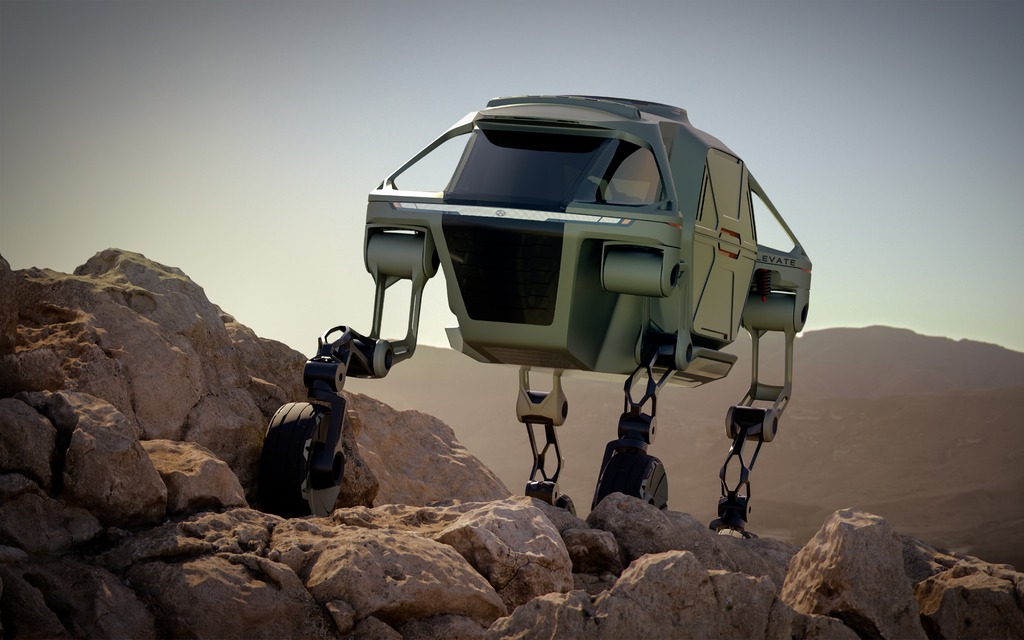 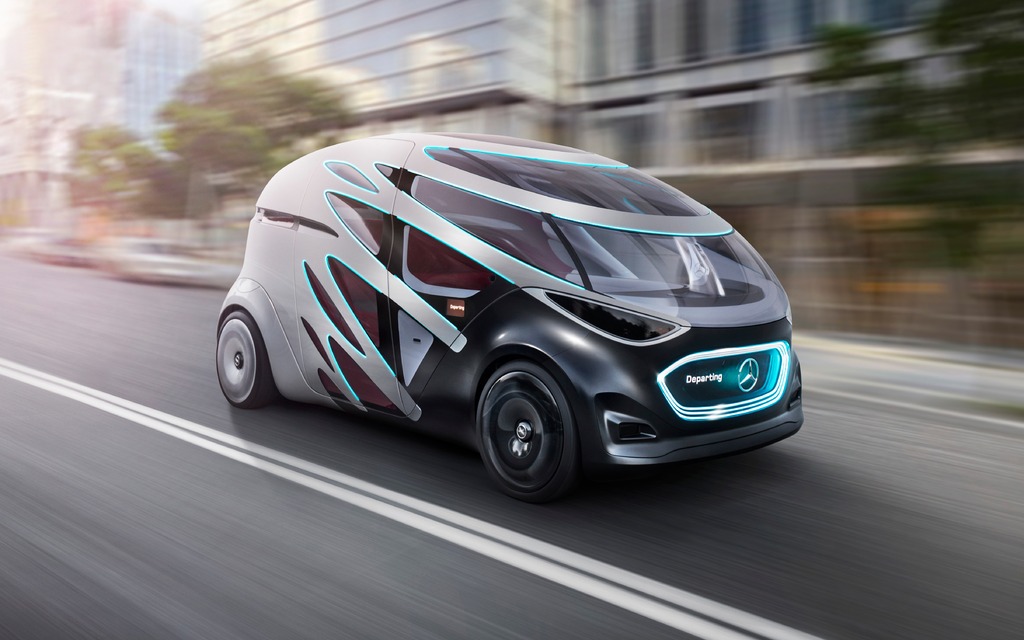 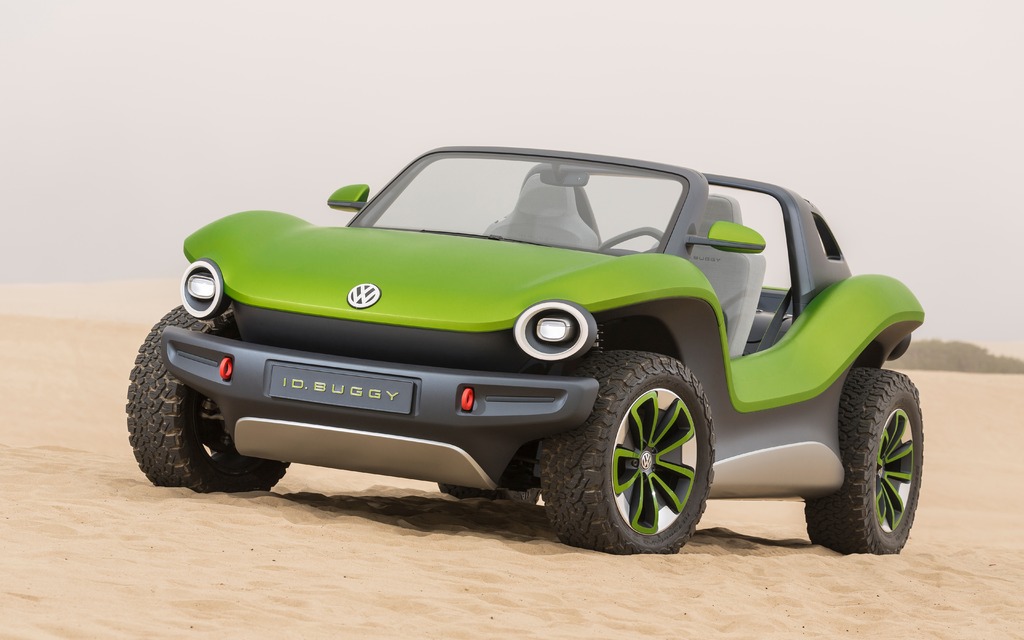 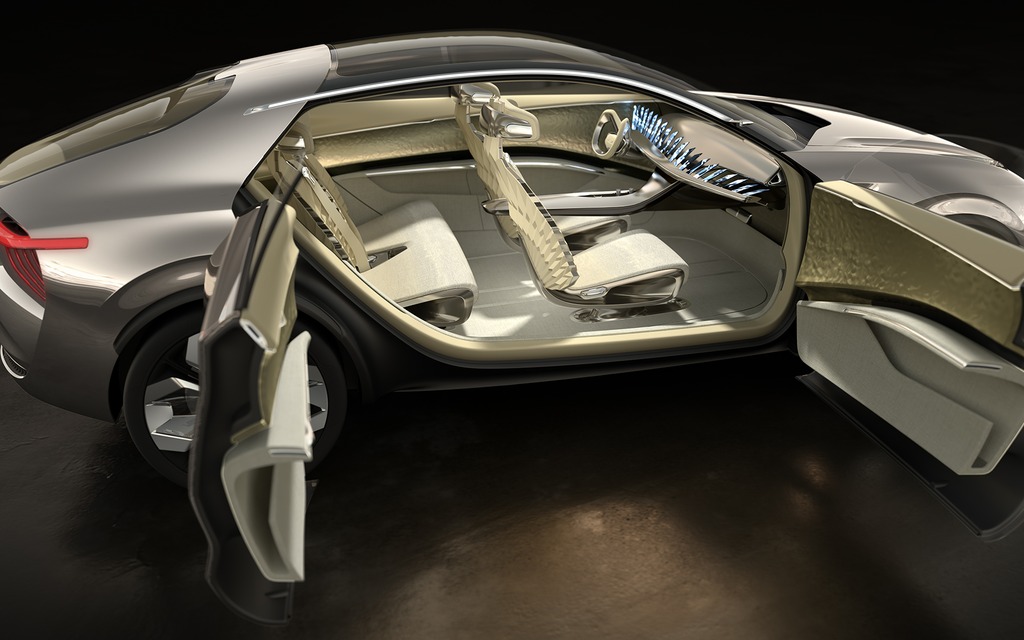 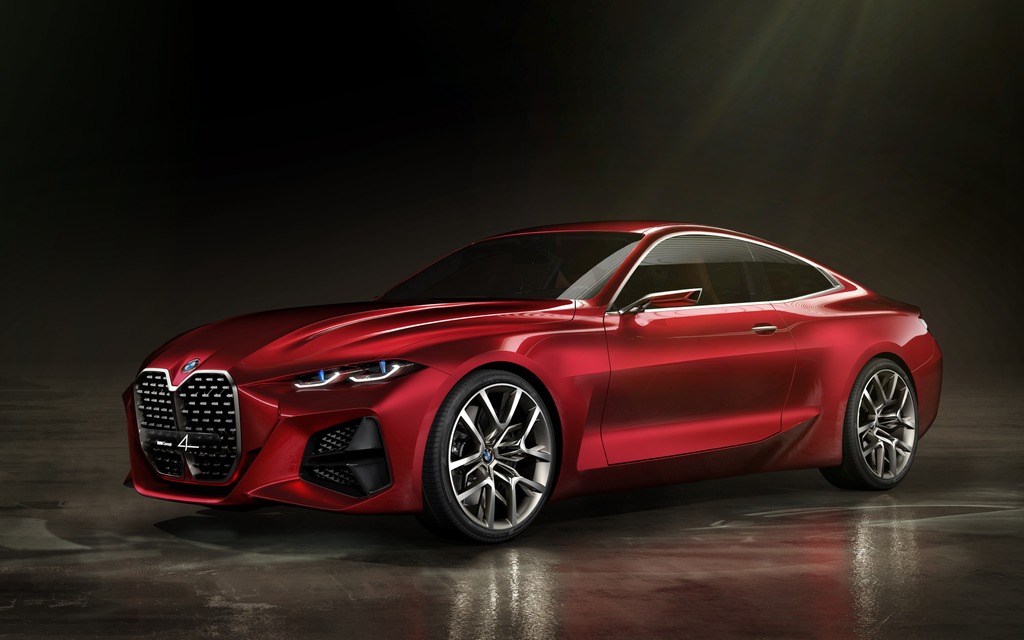 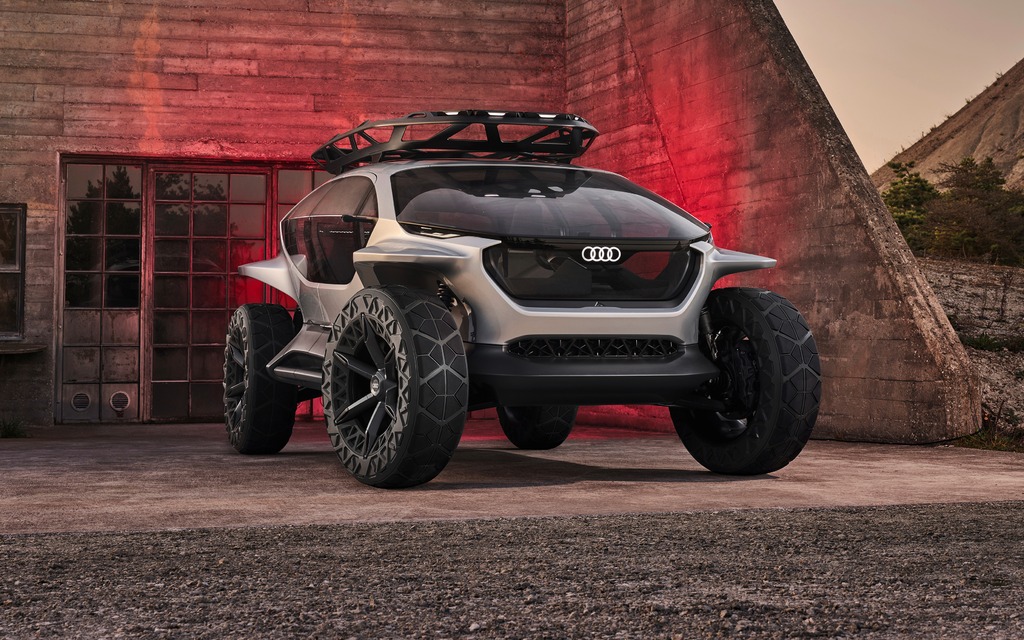 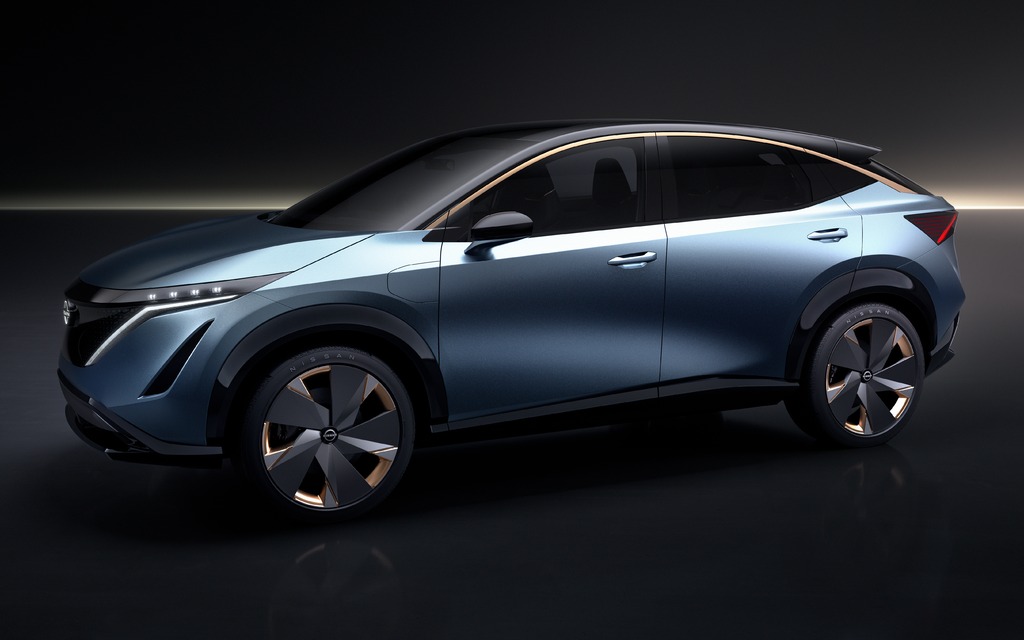 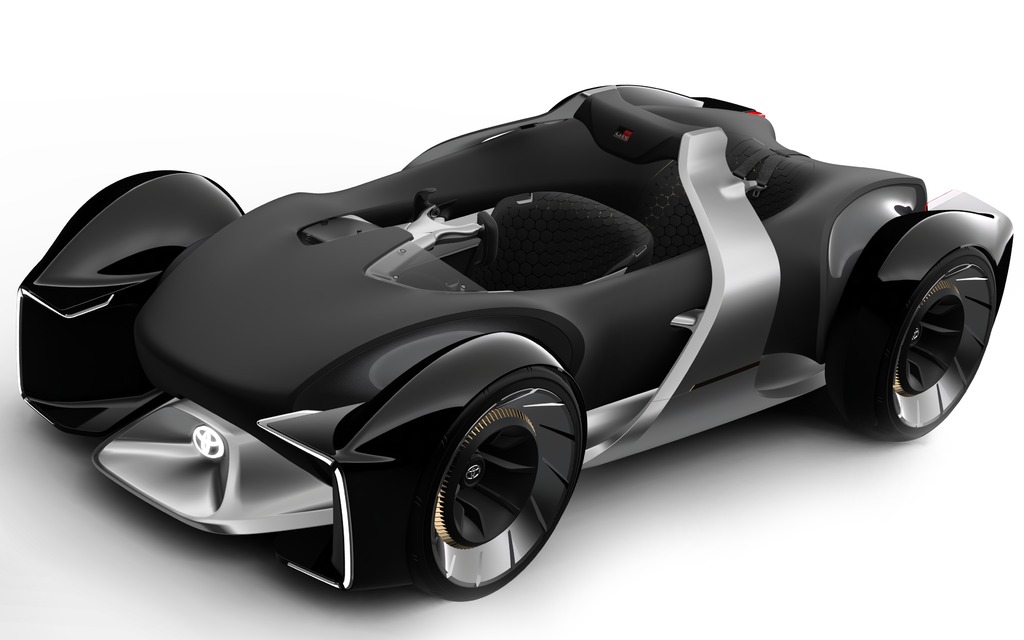 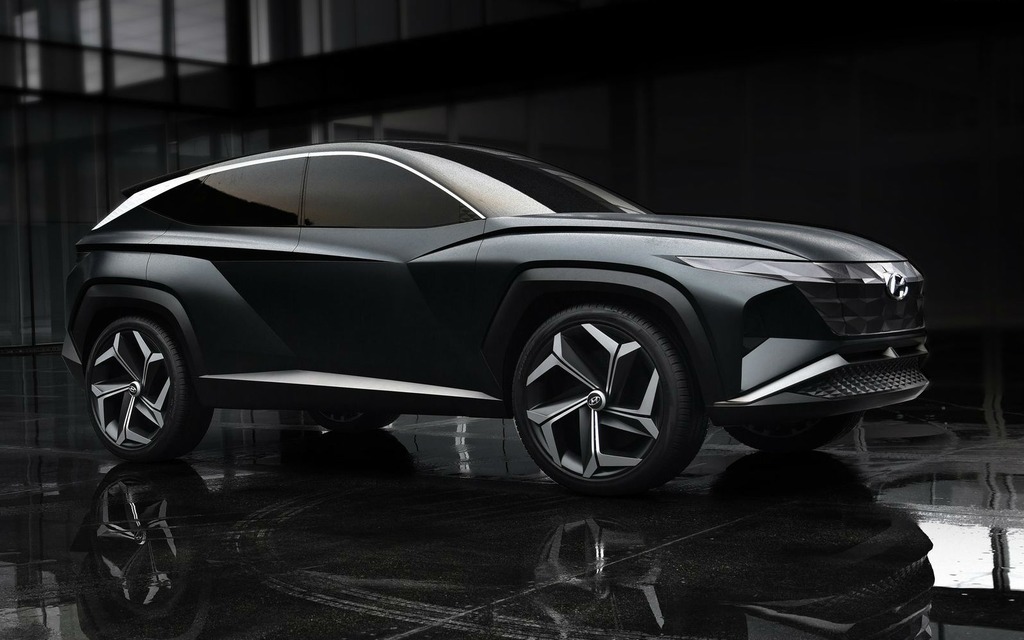