Here is the Toyota RAV4 we were all waiting for! The brand new 2021 RAV4 Prime, which was one of the stars of the Los Angeles Auto Show, is the first plug-in hybrid variant of the popular compact SUV.

While the standard RAV4 is a segment leader in terms of Canadian sales and the RAV4 Hybrid struggles to meet demand, the RAV4 Prime will hit the market next summer as the most fuel-efficient and sportiest RAV4 yet.

The numbers speak for themselves: it can drive an estimated 60 kilometres on battery alone on a single charge, which is the highest EV range of any plug-in hybrid SUV on the market. The RAV4 Prime also has a manufacturer-estimated 2.6 Le/100 km fuel consumption rating.

With more powerful motor-generators and a newly developed high-capacity lithium-ion battery, this model produces a total of 302 horsepower. That’s an 83 horsepower jump over the current RAV4 Hybrid and 33 more than the old, V6-powered RAV4. It also has the ability to do 0-96 km/h in a projected 5.8 seconds—faster than any other Toyota vehicle except the GR Supra sports car. Incredible, isn’t it?

Another key technical detail you should know about is that the RAV4 Prime uses the same version of electronic on-demand all-wheel drive as the RAV4 Hybrid. A separate rear-mounted electric motor powers the rear wheels when needed, including proactively on acceleration startup and also in reduced-traction conditions. Furthermore, a driver-selectable Trail mode makes off-road driving easier.

Standard equipment is quite generous, too, with heated front seats, a seven-inch Multi-Information Display behind the steering wheel, an eight-inch multimedia touchscreen on the centre console, a blind spot monitor and eye-catching red stitching.

As for comfort, the RAV4 Prime’s passenger space isn’t compromised by the larger lithium-ion battery, which is mounted under the floor.

Oh, and there’s another good news: starting with the 2020 model year, every Toyota hybrid vehicle gets increased battery coverage of 10 years or 240,000 kilometres.

Pricing for the 2021 Toyota RAV4 Prime will likely start in the mid-$40k range to compete against the Mitsubishi Outlander PHEV and the upcoming Ford Escape PHEV. 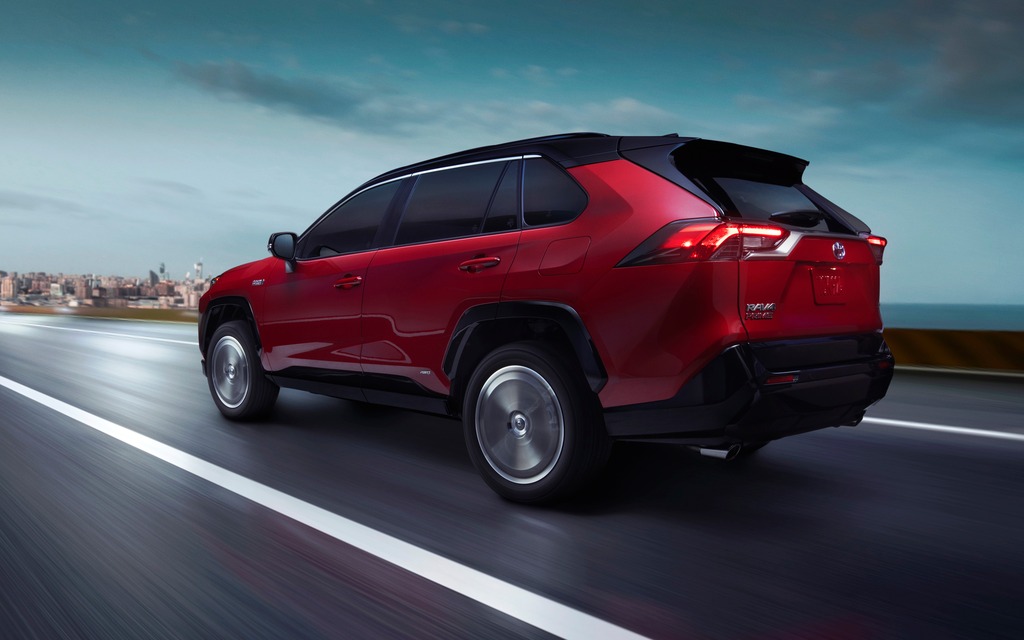 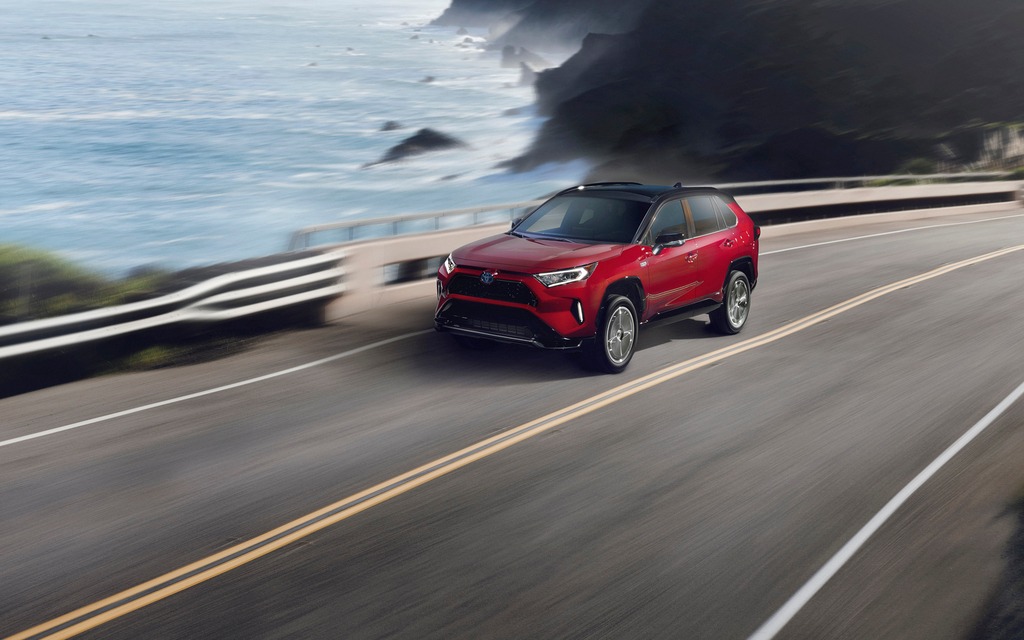 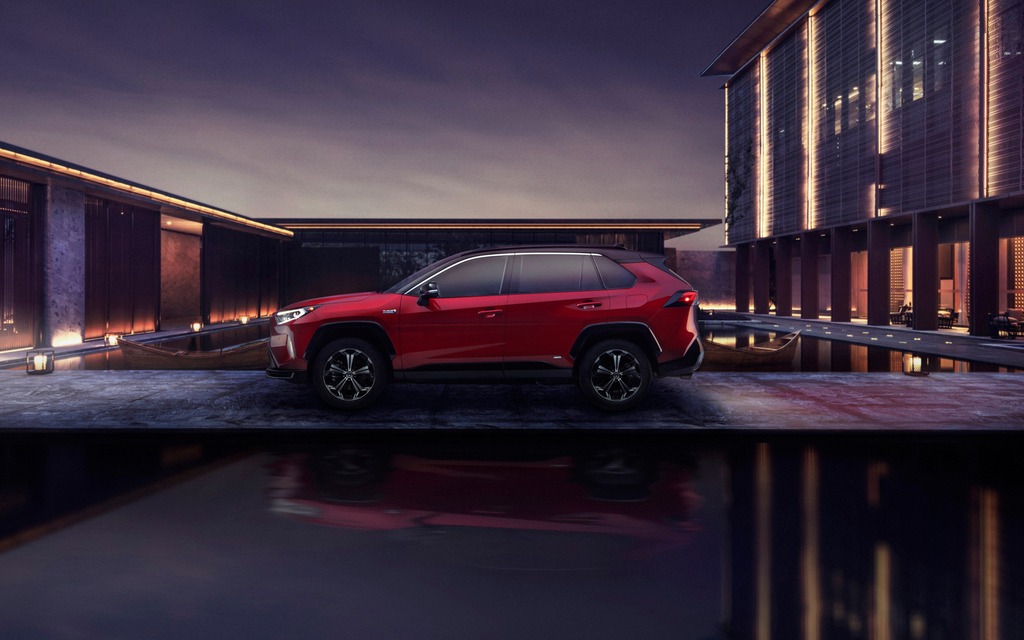 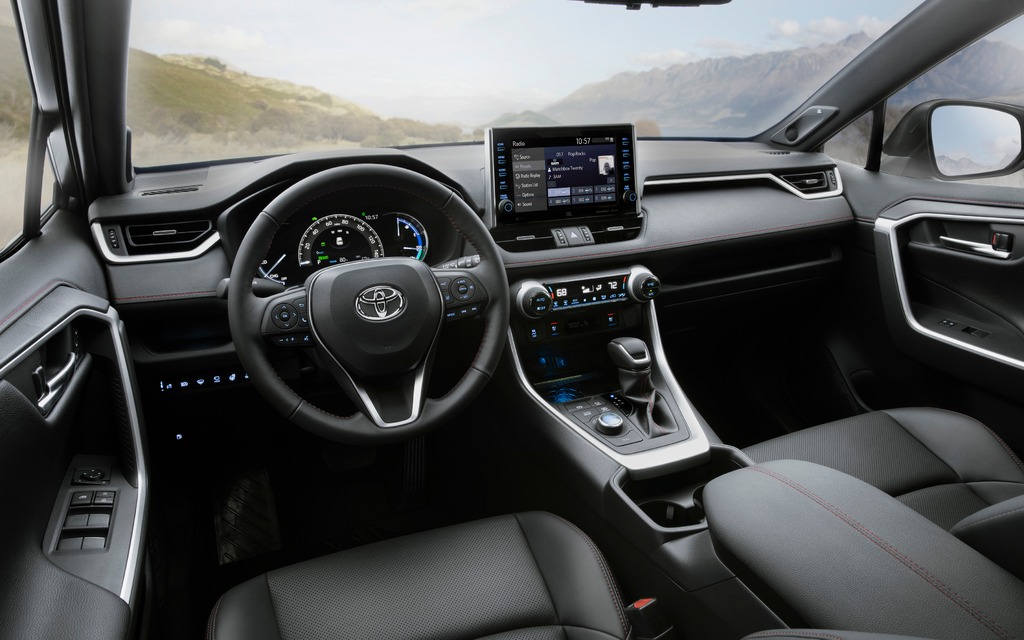