Will Nissan ever manage to pose a serious threat to American pickup manufacturers or is it doomed to play a cameo role?

Right now, the TITAN owns less than two percent of the market in North America. The Ram 1500, Chevrolet Silverado and GMC Sierra (all redesigned last year) along with the best-selling Ford F-150 (due for a complete overhaul for 2021) collectively account for more than 93 percent of full-size pickup sales. Talk about a disparity!

Whatever, says Nissan, which used the recent State Fair of Texas—in the heart of pickup country—to unveil the next-generation TITAN, which will go on sale early in 2020, effectively cutting the outgoing model’s career short after three years.

Powerful V8
Faced yet again with the impossible task of beating Detroit’s Big 3, Nissan found a way to stand out. The 2020 TITAN features a direct-injected 5.6-litre V8 that produces more power (400 hp) and torque (413 lb-ft) than any other standard V8 in the segment.

It is mated to a new nine-speed automatic transmission that enables smoother and faster acceleration, Nissan claims. For example, 60-100 km/h sprints are shortened by almost a full second versus the old seven-speed transmission.

Maximum towing capacity has not been specified, but it will no doubt be slightly better than the outgoing model’s 9,200 lbs.

What’s more, you’ll notice red “NISSAN” lettering on the brand’s logo at both ends of the truck, plus a unique finisher on the tailgate of select models, including the rugged TITAN PRO-4X. The front bumper, fog lights, badging and wheel designs are all new, as well.

Modern Cabin
Similar to its predecessor, the 2020 Nissan TITAN comes with a Crew Cab only, but the layout has been considerably updated. There’s a seven-inch programmable display behind the steering wheel and an eight-inch centre screen (the largest standard screen in the segment). The latter can be replaced with a nine-inch touchscreen offering WXGA resolution—higher than HD.

Other interior highlights include an innovative, flexible smartphone holder/charging system, increased storage, specific materials and finishers for each trim level, plus an available dual-panel panoramic moonroof—the first offered on TITAN and one of the largest in the segment.

And for customers who are still undecided or not loyal to any brand in particular, here’s another case to be made for the TITAN: Nissan continues to provide Canada’s best truck warranty with 5-year/160,000 kilometre bumper-to-bumper coverage. 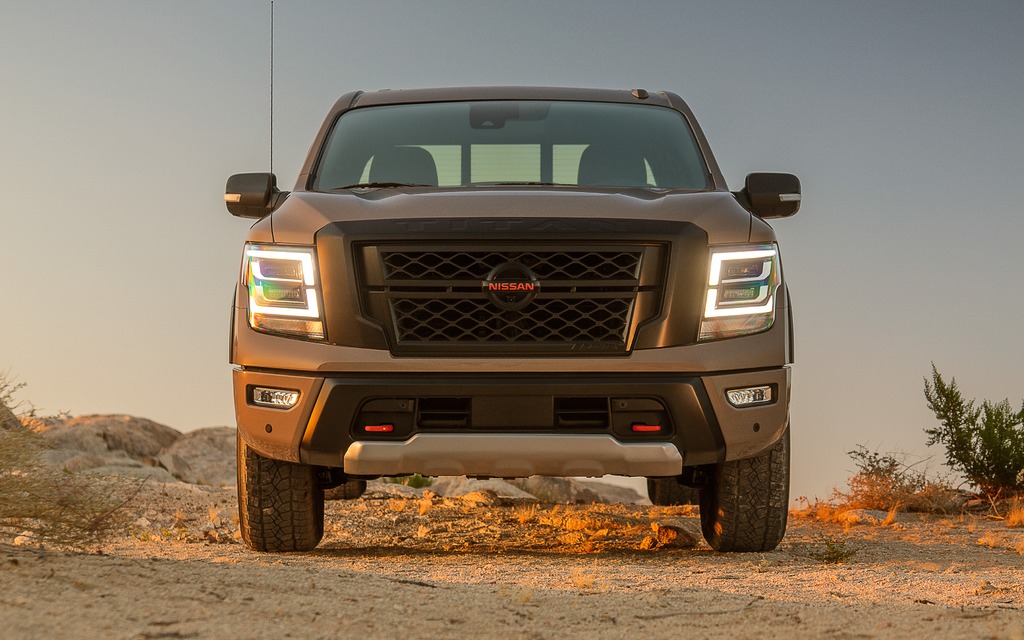 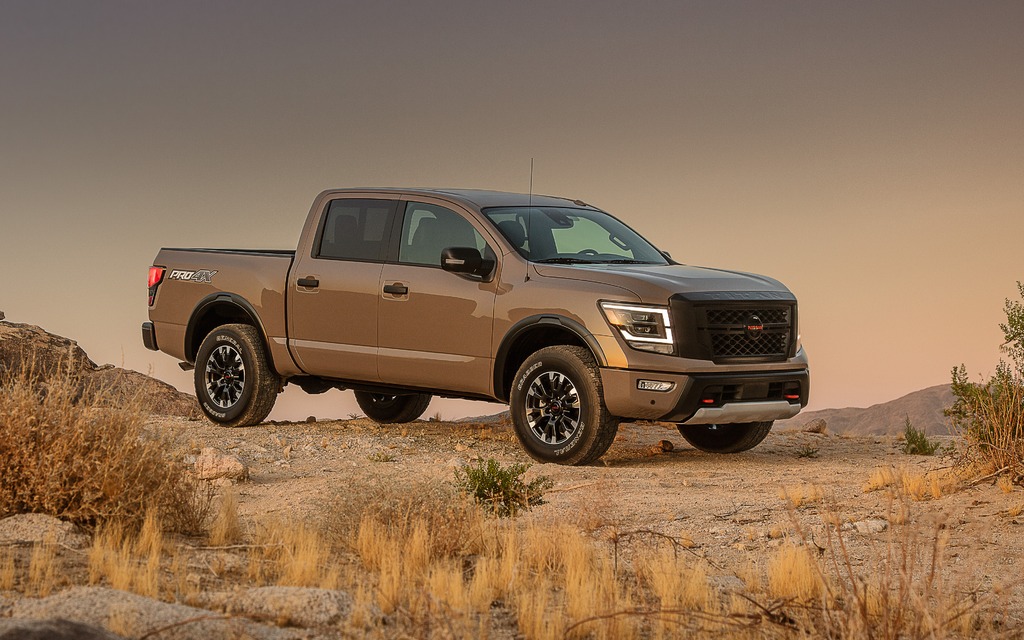 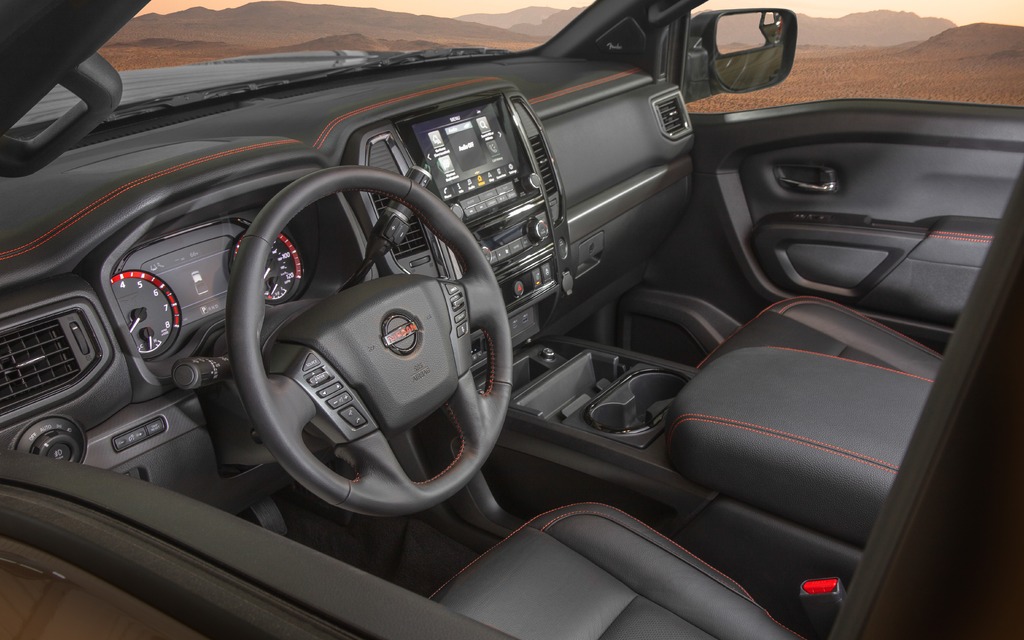